Two more DC heroes are poised to join The CW’s DC Television Universe! Hawkgirl and Rip Hunter have been cast for the upcoming untitled spin-off series, which will share a universe with established hits, Arrow and The Flash.

This casting would appear to reveal the identity of two of the three teased DC heroes for the untitled show, with the only clue being that none of the three in question have been represented in live-action before. Hawkgirl’s male counterpart, Hawkman has appeared once in live-action however, on The CW’s wrapped Superman prequel series, Smallville, with Hawkgirl merely brought up in dialogue on that series, and never actually glimpsed on-screen. 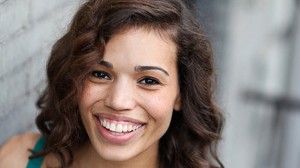 nee will portray the DC Television Universe incarnation of Hawkgirl, which will be the Kendra Saunders version of the character. In DC Comics, Kendra Saunders is the Hawkgirl of Earth 2, meaning that she is an alternate Hawkgirl from the main comic book incarnation, a consistently reincarnated Egyptian princess. Saunders’ Hawkgirl however is instead a professional treasure hunter, who gets wings grafted onto her back as the result of World Army experiments. Still being the grand-niece of Shiera Hall, the main Hawkgirl in DC lore however, Saunders inherits the former Hawkgirl’s memories and soul, which combines with her power of flight.

Rip Hunter will be portrayed by Arthur Darvill, a bigger name in the geek community, as Darvill portrayed former Doctor Who companion, Rory Williams. This makes him the third Doctor Who actor to join The DC Television Universe, following John Barrowman and Alex Kingston both appearing on Arrow as Malcolm Merlyn and Dinah Lance, respectively. The DC Television Universe version of Hunter is said to be referred to as, ‘The Traveler’, and will hail from the future, being a Han Solo-type personality with a rapier wit and considerable charm, headed back to the past on a secret mission. It is also said that Hunter’s true allegiance will be unknown, though he’ll likely skew mostly towards the heroes’ side, particularly considering that Hunter has fought alongside heroes as acclaimed as Superman in the DC printed panels.

The untitled new spin-off series will also star Brandon Routh as Ray Palmer/The Atom, Victor Garber as Dr. Martin Stein, and Caity Lotz as a role believed to be The Canary, despite the character apparently perishing at the start of this season of Arrow. Wentworth Miller’s Captain Cold and Dominic Purcell’s Heat Wave, two villains that have been established on The Flash, will also appear as antagonists in the new spin-off. The series is said to be planned for a midseason premiere in 2016, where it will join the back half of previously confirmed new seasons of Arrow and The Flash for The CW.

Keep traveling to Eggplante for all news and updates on The CW’s DC Television Universe, and other DC television projects.