Agents of S.H.I.E.L.D. sure has enjoyed a lot of upheavals this season! Yet another one occurred in “One Door Closes”, another standout episode in a strong sophomore season, which sees the “other S.H.I.E.L.D.” move in on Coulson and his operation.

At the start of the episode, Mack and Bobbi are found out, and originally believed to be HYDRA traitors. They manage to evade capture, but not enough to prevent Coulson’s bus from being boarded by the alternate S.H.I.E.L.D. forces. With everyone subdued, and the other S.H.I.E.L.D. seizing the mysterious ‘toolbox’ that Nick Fury left with Coulson, it looks like S.H.I.E.L.D. becomes split in a war amongst itself, again. 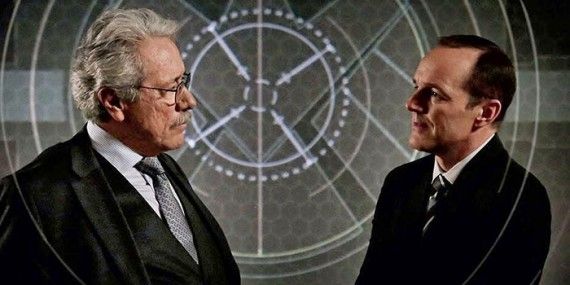 This time however, HYDRA is nowhere to be found. Instead, HYDRA isn’t even needed to have a duel of ideologies within S.H.I.E.L.D. Apparently, as framed through an excellent flashback sequence during the Fall of S.H.I.E.L.D. that took place in Captain America: The Winter Soldier (which gave a welcome chance for Lucy Lawless to return as the late Izzy Hartley), Bobbi receives orders from Nick Fury to sink a frigate that contains sensitive S.H.I.E.L.D. weaponry. Eventually deciding to forsake the orders, Bobbi, Mack, Hartley and Commander Gonzalez decide to drive off HYDRA and take back the frigate, deciding that they can’t follow a dead man’s orders any longer.

This would appear to spark the catalyst of the “other S.H.I.E.L.D.”, which aims to sever the agency’s connection with Fury, and seems to want to blame Fury’s secrecy for the HYDRA takeover, believing that they can do a better job. Since Coulson is yet another peon of Fury, he stands in the way of S.H.I.E.L.D.’s rebuilding, or so Gonzalez explains.

The way that Gonzalez explains the fact that Coulson is not merely an agent, but a, “Creation” of Fury is also very interesting. Coulson claiming that he didn’t want to be brought back to life, but has come to appreciate the gesture, was rebutted with Coulson being filled with alien blood, and becoming a twisted science experiment of Fury’s that doesn’t necessarily have S.H.I.E.L.D.’s best interests at heart. Coulson being under the influence of the Kree blood’s compulsion to carve out the map to the Inhuman city didn’t help either.

It was almost scary to see how easily Coulson’s entire outfit was taken down by the other S.H.I.E.L.D. however, with only May escaping capture. It really creates the sense that Fury’s old order has been limping on by the skin of its teeth, stubbornly refusing to die, even after the agency has fallen. Of course, the fantastic action scenes throughout this episode also proved very compelling, with a brutal scrap between May and Bobbi being the big highlight this week!

Coulson’s outfit being neutralized isn’t enough for Gonzalez however. His gaze next turns to Skye, whom Coulson hid in the remote cabin. On this note, the reveal that this cabin is the same cabin that Bruce Banner built to try and learn to control his Hulk transformations at the conclusion of 2008 movie, The Incredible Hulk was very cool! It also effectively echoes Skye’s struggle of learning to control her unstable new Inhuman abilities, which she makes considerable headway with this week, even learning to manipulate the flow of water from the sink! 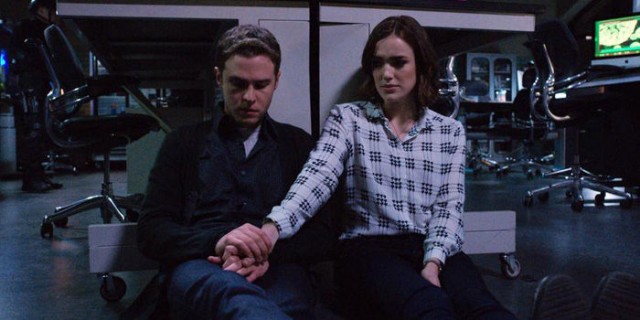 Another big development happened with Skye as well, when the eye-less teleporting Inhuman, Gordon paid her a visit. Gordon is still a very mysterious character, but is nonetheless both wise and charming. It’s small wonder then that when Skye is forced to escape, controlling her abilities enough to push back Bobbi and Gonzalez’s lackey with a burst of vibration that takes out most of the trees behind them (Bobbi sure is lucky to have survived that without a broken back or ruptured spleen!), she calls on Gordon to take her away. Gordon whisks Skye off to the Inhuman sanctuary, and thus, she’s beyond the reach of both S.H.I.E.L.D. outfits.

The episode then ends with Coulson hiding out on an island after May smuggles him away, echoing his false memory of Tahiti, and making contact with Hunter. The two men are at a loss as to what to do, now that S.H.I.E.L.D. is faced with another upset, and they’re both separated from their crew. Nonetheless, Hunter scribbles an employment contract on a cocktail napkin, and at least finally pledges his permanent allegiance to Coulson. Well, that’s at least one positive development for Coulson to put under his belt. 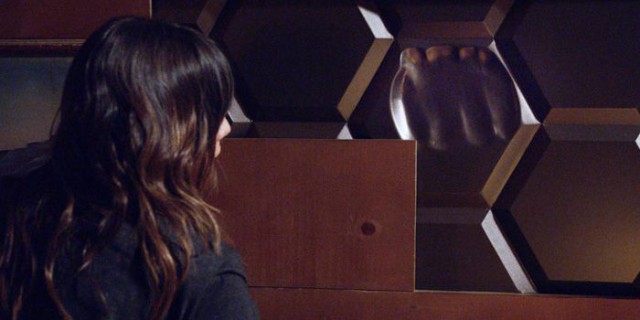 Regardless, “One Door Closes” was an especially superb episode of Agents of S.H.I.E.L.D., painfully demonstrating the fragility of Fury’s old order, and presenting another brilliantly-realized upheaval to S.H.I.E.L.D. that sees the organization once again split in two. Likewise, Skye’s Inhuman struggle continues to play out in an excellent fashion, and I have a feeling that it’s only going to get better, now that she’s among, “Friends.”