iZombie continues to effectively march along with its brilliant wit and surprising depth in “The Exterminator.” In yet another great episode, the series shows a new shade of being a zombie, with the worst coming to pass for one of Liv’s more unfortunate friends from the boat party.

It felt like the side material was more compelling than the case-of-the-week in this episode, though the case provided enough mystery and intrigue to get by. After a tech whiz is murdered in the park, providing a great big case for Liv’s buddy, Peyton to advance her law career with, Liv’s latest brain-eating reveals that an innocent man is being prosecuted. The true culprit is another man who became the recent victim of a hit-and-run, and also happens to be a hit man. 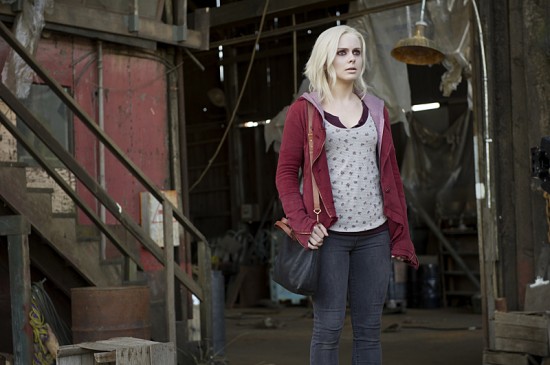 Naturally, Liv takes the information to Detective Babineaux, who claims that it’s not his case, and even if it was, it would be career suicide to go to his captain and say that police resources have gone towards prosecuting the wrong man. Liv needs to prove the connection between the hit man and the tech guru, since Babineaux rightfully points out that he can’t go to his superiors and say that the office medium told him that the perp is someone else.

That almost seems like the least of Liv’s worries however, as consuming the hit man’s brain makes her cold and distant, and gives her borderline sociopathic tendencies. Ravi points out that Liv worrying about this is proof that Liv still cares, and is still in control of her increasingly detached personality, but it creates an interesting conflict of Liv pondering whether she should eat another brain to fix the situation, though it would mean her visions would stop, and the real culprit behind the hit man’s killing would go free.

Liv decides to press on and eat the hit man’s brain, which begins to show that his wife was unaware of his true occupation, and that the assassin was hired by the apparent ‘angel investor’ that offered a reward for information about the tech guru’s death. Liv finds enough evidence to have Babineaux confront the man, but it’s still not quite enough. 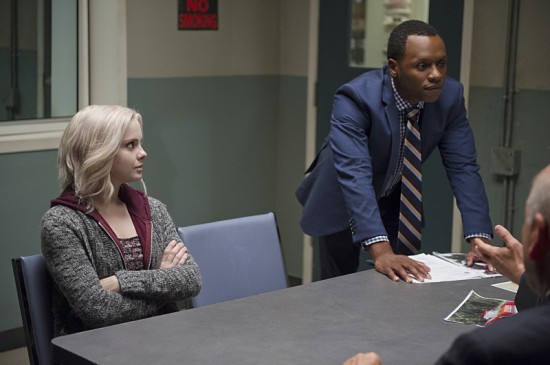 While investigating further however, Liv discovers her old colleague, Marcy, the one who initially invited her to the boat party in the pilot, fully zombified, and wandering around a storm drain. After a boy snaps a picture of the zombified Marcy and posts it online, Liv and Ravi go to see if it’s true, and find that, yes, Marcy has indeed gone ‘full zombie’. Ravi tries to feed Marcy some brains, with the two returning the next day to find that Marcy’s condition hasn’t changed. She’s still a full-blown mindless flesh-eater. Ravi tries to maintain that Marcy is a person and needs help, but Liv says that the two must kill her and put her out of her misery, even if it’s no doubt her assassin brain talking.

Ravi tries to get a sample of Marcy’s DNA using a syringe on the end of a lengthy rod (in one of this episode’s more amusing moments), but ends up falling in, with Liv watching him about to die. Eventually, she snaps out of the brain’s influence however, and jumps in after Ravi, bashing Marcy’s brains in with a pipe. The fact that Ravi seemed to completely abandon his stance on Marcy’s humanity immediately aftterward felt a bit contrived, even considering his near-death experience, and it’s odd that he seemed all too content with Liv violently putting down the first real zombie that the show has presented at this point. He didn’t even express a mite of shock or remorse in the very same scene? Really?

Still, the showcase of what happens at worst when you’re a zombie was probably the darkest that iZombie has gotten so far. The show is normally pretty light-hearted, and for now, being a zombie has actually seemed pretty manageable in Liv and Blaine’s case. The fact that Liv is constantly staving off what Marcy became adds a welcome new dimension of darkness to the show, without compromising its effectively light-hearted and upbeat tone. It’s a fantastic blend of tones that works great, and is calculated very well.

In any case, Liv and Babineaux inevitably find enough evidence to nail the investor, who hired the hit on the tech whiz in a bid to steal and increase his new company’s assets’ worth, then killed the hit man when he tried to change his payment deal. Peyton offers the investor a one-time deal if he signs a confession, and that’s that. Another case in the bag.

The episode ends however with Blaine, who meets up with one of the at-risk kids that Major mentors, seeking a missing friend. Blaine leads the kid away, either to make another zombie out of him, or simply chow down on him. Either way, it’s bad. 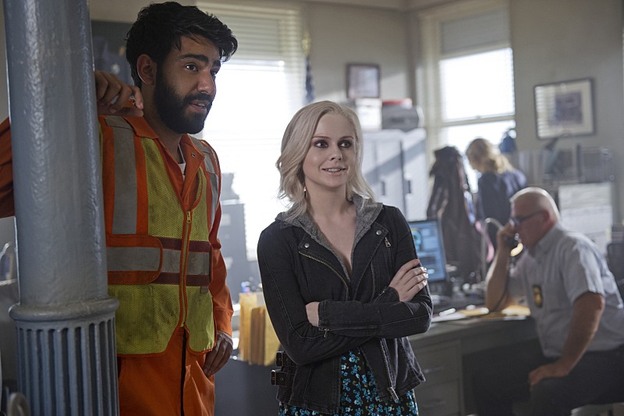 iZombie has settled into a more familiar groove with its case-of-the-week scenarios, at least for this third episode, but the zombie material remains very interesting and subversive. This episode proved to be more dramatic than the previous two for the most part, but it still had enough fun moments to get by, and still carried with it an overall sense of creative charm. You might say that, even when the show gets more serious, one can come for the mysteries, and stay for the brains!

iZombie 1.3: "The Exterminator" Review
iZombie presented a darker side to being undead this week, with a decent case-of-the-week being wrapped around some more outstanding zombie material for Liv herself.
THE GOOD STUFF
THE NOT-SO-GOOD STUFF
2015-04-01
85%Overall Score
Reader Rating: (0 Votes)
0%