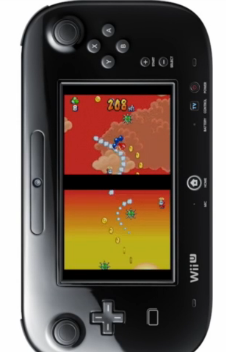 In Nintendo’s presentation today, the company has expanded its catalog of Virtual Console games on Wii U to include Nintendo 64 and Nintendo DS titles.

Beginning today, Wii U owners will be able to download classics like Super Mario 64 and Yoshi’s Island DS at a price of $9.99 apiece.

Super Mario 64 is not the DS version that was re-released in 2004 alongside the dual-screen handheld. Rather, it is the original game that was lauded as one of the best games of all time on its original console. Yoshi’s Island DS, however, is the handheld remake of the title, of course, complete with touchscreen controls.

While we’d expect the television to act as the DS’s upper screen and the GamePad to function as the lower one, the Virtual Console actually transforms the entirety of the GamePad’s touchscreen into a vertical two-screen affair.

Of course, we’re not complaining that we’re getting remakes of some of our favourite games (Yoshi’s Island is easily one of the most underrated games of all time), but at $10 apiece, it makes us wonder how many copies Nintendo will actually sell. Either way, it is a step in the right direction for a company that hasn’t traditionally done so well in their internet endeavours.