In what should come as absolutely no surprise, given the show’s colossal acclaim, Marvel’s first Netflix Original Series, Daredevil has been renewed for a second season. Predictably, the second batch of episodes will air in 2016, presumably once again in April.

Daredevil is a dark 13-episode Netflix drama, set in the Marvel Cinematic Universe shared by the Iron Man movies, the Captain America movies, the Guardians of the Galaxy movies, the Avengers movies, and Agents of S.H.I.E.L.D., among other things. It represents Marvel’s first push into more violent and gritty adults-only content for the MCU, and is the first of four Netflix Original shows that will eventually culminate in a crossover Netflix miniseries, The Defenders. These Netflix Original shows set in the MCU include A.K.A. Jessica Jones, which will premiere in either late 2015 or early 2016, Luke Cage, which will premiere at some point in 2016, and Iron Fist, which will presumably debut in 2017. The Defenders could come to Netflix as late as 2018.

Daredevil stars Charlie Cox as Matt Murdock/Daredevil, Elden Henson as Franklin ‘Foggy’ Nelson, Deborah Ann Woll as Karen Page, Vincent D’Onofrio as Wilson Fisk/Kingpin, Ayelet Zurer as Vanessa Marianna, and Rosario Dawnson as Claire Temple. It’s presumed that all of these leads will be back for Season Two, with Cox and D’Onofrio already voicing their enthusiasm to return to the MCU on separate occasions. Cox has inevitably already been contracted to reprise his role as Daredevil in The Defenders as well. Given Kingpin’s huge role in the Marvel Universe, Vincent D’Onofrio is also likely signed for return appearances, even outside of Daredevil, with D’Onofrio musing that he wouldn’t mind being a foe of the MCU’s new Spider-Man at some point, with Spidey sharing Kingpin as a major antagonist from Marvel Comics, alongside Daredevil.

The only mite of bad news that might come with this announcement is the fact that Season One’s showrunner, Steven S. DeKnight, won’t return to his duties for Season Two of Daredevil, due to a conflict with a movie he’s working on. Instead, two of Season One’s writers, Doug Petrie (Buffy the Vampire Slayer) and Marco Ramirez (Sons of Anarchy), have been upgraded to the new showrunners. Jeph Loeb and Drew Goddard will remain executive producers, with Daredevil creator, Stan Lee also presumably remaining an executive producer, despite his traditional cameo being limited to a quick shot of a portrait in a police station during Season One. 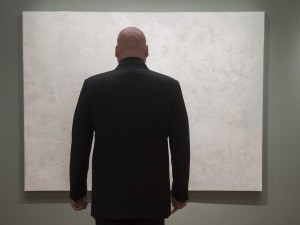 DeKnight previously revealed that he had ideas planned to introduce more traditional supporting characters and villains of Daredevil from Marvel Comics in a potential second season for the series. These included the introduction of Marvel anti-heroine and Daredevil love interest, Elektra, and the introduction of one of Daredevil’s most prolific enemies (probably only second to arch-nemesis, Kingpin) the deadly assassin, Bullseye. DeKnight had also planned to build upon the background glimpses of The Hand in Season One, a secret order of ninja assassins that causes plenty of trouble for Daredevil and Elektra alike. It’s unknown if these ideas will still be put forth in the now-confirmed Season Two.

We were immensely pleased with Daredevil’s first season in our review, giving it a very lofty 96% overall score. We extensively praised the character-driven drama, atmosphere, tight action choreography, and bold creativity that challenged the very foundations of the MCU, without betraying the high-quality entertainment value that the shared universe has persistently delivered. It’s a must-watch for any Netflix subscriber, and a big incentive to take the plunge on the streaming service, if you have yet to do so.

Regardless, keep sensing Eggplante for all news and updates on Daredevil, and other Marvel Cinematic Universe developments at large.