On the heels of Sony revealing the six free games that will be offered to PlayStation Plus members in May, Microsoft has now responded with their own trio of Games with Gold that will be given free to Xbox Live Gold members on Xbox platforms next month. 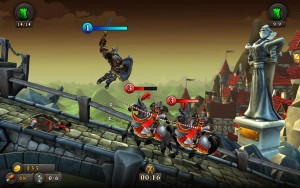 Sadly, the doubled count of free games has been eliminated for Games with Gold after April, with the number returning to one free Xbox One game, and two free Xbox 360 games in May. Bummer.

The new Games with Gold freebies will go live in a couple of days, on Friday, May 1st. Thus, if you have yet to redeem Rayman Legends, Child of Light, Assassin’s Creed IV: Black Flag and/or Army of Two: The Devil’s Cartel, you have only a short while longer to do so, before they return to their original paid prices for Xbox Live Gold members. Pool Nation FX will remain a free reward for Xbox One owners throughout May however.

As per usual, you must have and maintain an active Xbox Live Gold membership to access and play any free Games with Gold rewards on Xbox One at any time, though once you initially redeem a free reward on Xbox 360, it’s yours to keep and play permanently, even if you subsequently allow your Xbox Live Gold membership to lapse. Without further ado then, let’s outline what both consoles have to look forward to for their premium members: 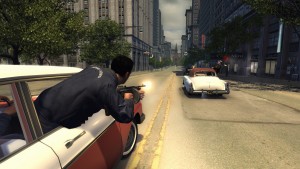 As for Xbox 360 owners, they will start the month being able to redeem Mafia II, a retail offering from 2K Games, between May 1st and May 15th. The game is an open-world sandbox action-adventure game, set in the world of organized crime. It received positive reviews, citing its compelling open-world gameplay and harsh, violent storyline. Mafia II is also available for PC, Mac and PlayStation 3.

During the second half of the month, between May 16th and May 31st, Xbox Live Gold members with an Xbox 360 will then be able to download F1 2013. Set in the world of Formula 1 racing, players can enjoy a racing sim with authentic car makes and racetracks. The game received positive reviews upon its initial launch in 2013, citing fast-paced and tight racer design, as well as strong production values. F1 2013 is also available for PC, Mac and PlayStation 3. 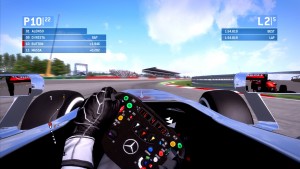 Xbox gamers may be underwhelmed this month, particularly considering that, not only are they getting half as many freebies as April, but they’re getting an outdated racer from Codemasters for the second half of May’s Xbox 360 selection. Mafia II is easily the highlight offering for this coming month’s Games with Gold selection, with CastleStorm: Definitive Edition being acceptable for Xbox One owners, but well beneath more stellar recent offerings like Rayman Legends or Child of Light.

Regardless, keep revisiting Eggplante for all news and updates on Games with Gold, and other Xbox incentives.