The new PlayStation Plus games for May will go live this coming Tuesday, May 5th. At that point, April’s PlayStation Plus selection will return to its original paid pricing. Thus, if you have yet to redeem Tower of Guns, Never Alone, Aaru’s Awakening, Dishonored, MonsterBag, and/or Killzone: Mercenary, you have until then to do so. 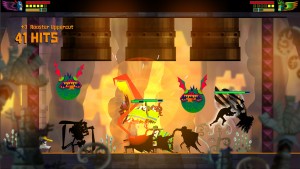 To start, on PlayStation 4, Drinkbox Studios-developed indie gem, Guacamelee!: Super Turbo Championship Edition will be on offer. This enhanced re-release of the celebrated 2D ‘Metroidvania’ platformer includes all of the former release’s DLC, along with some all-new challenges. Once again, the game revolves around Juan Aguacate, who is killed and brought back to life as an undead, dimension-hopping luchador, tasked with rescuing the daughter of El Presidente from nefarious undead villain, Carlos Calaca. The game draws heavy inspiration from Mexican folklore, naturally, but is also something of a satire of retro gaming. We reviewed the original release of Guacamelee! for its launch in 2013, extensively praising it for its ingenious gameplay, inspired art style, and amazing sense of humour, subsequently declaring it to be one of the best games on the PlayStation Store. While the original release is cross-buy between PlayStation 3 and PlayStation Vita (on top of being available for PC, Mac and Linux), the PlayStation 4 re-release sadly is not cross-buy. It is also available for Xbox 360, Xbox One, Wii U, and PC. 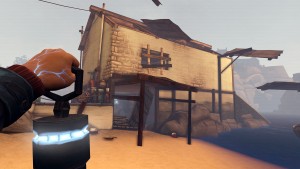 The second free PlayStation 4 offering for May is Ether One, developed by White Paper Games, which will be released on the PlayStation Store for the first time on May 5th. This first-person puzzler originally released for PC last year, having players piece together the fractured minds of the mentally ill by solving devious mental conundrums. Last year’s original PC version received positive reviews, praising the haunting atmosphere and cryptic puzzle design most notably.

The second free offering for PlayStation 3 is Race the Sun, a minimalist endless runner that debuted on PC, Mac and Linux in 2013, before expanding to Sony’s trio of current platforms last year, developed by Flippfly. Players must fly and maintain a spacecraft through abstract gauntlets of shapes. The simple, but addictive nature of Race the Sun has led to positive reviews on both home computers and PlayStation. Like The Unfinished Swan, Race the Sun is also cross-buy, so redeeming this reward not only nets you a PlayStation 3 download, but also downloads for PlayStation 4 and PlayStation Vita!

Lastly, the first PlayStation Plus freebie for PlayStation Vita this May will be Hohokum. Originally released for PLAY 2014 last Summer, Hohokum is an art house indie game developed by Honeyslug, in collaboration with Sony, that has players playing a supernatural game of hide-and-seek with their fellow spirits, influencing the worlds of mortals in surprising ways all the while! We reviewed Hohokum for PLAY 2014 last year, praising its creative design and breathtaking art style, though criticizing its brevity and sometimes vague objectives. Once again however, Hohokum is a cross-buy game, so redeeming this PlayStation Vita reward will also score you free downloads for PlayStation 4 and PlayStation 3!

Finally, the second PlayStation Vita freebie for May is Murasaki Baby, a Vita-exclusive indie offering developed by Ovosonico and published by Sony, that has players guiding a mysterious little girl with a rather bizarre appearance, along with her favourite balloon, through a scary world of darkness and traps, utilizing only the Vita’s Touch Screen and gyroscopic sensors. We reviewed Murasaki Baby for its launch last year, praising its incredibly creative world design and brilliant use of the PlayStation Vita’s unique capabilities, even if we also criticized it for being short, linear and lacking replay value. 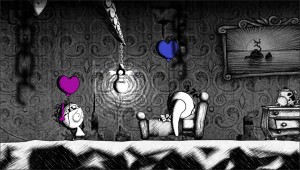 For indie lovers, they’ll have plenty of interesting and delightfully weird odysseys to dive into this month, though more conventional PlayStation gamers hoping for reliable retail offerings, or at least more down-to-earth gaming, are probably going to be left out in the cold with this coming month’s PlayStation Plus selection. Still, with Summer coming, there’s no better time of year to think about having some colourful adventures. You might be pleasantly surprised at these games if you give them a chance, especially with Guacamelee!: Super Turbo Championship Edition, which is easily the highlight offering!