Unfriended is juvenile and more than a little outlandish, but it also happens to be one of the most creative and memorable horror movies to come along in a while, for teens or otherwise.

The movie is loosely inspired by real-life cyberbullying-related suicides, and as such, it’s probably going to get under the skin of many viewers. Its personalities aren’t being senselessly punished by a stock slasher villain. They’re being tormented by very real, disappointingly common crimes that people perpetrate under the guise of online anonymity. But, what happens when that online anonymity doesn’t help them? What happens when they have to answer for the bad behaviour that they’ve enjoyed online? 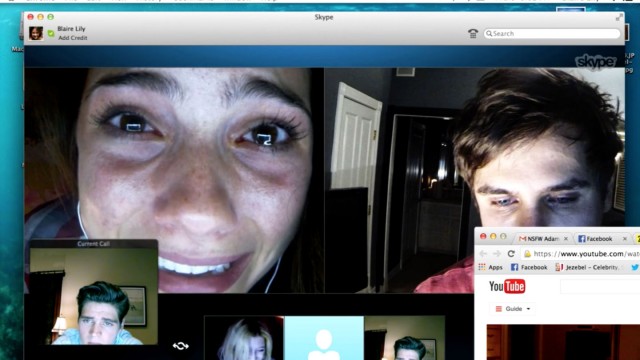 Unfriended might have had a bit more impact if its threat was a little more grounded, but as a surprisingly chilling anthem against cyberbullying and general online sociopathy, amidst some less effective traditional scares and kills, it’s an unsettling and surprisingly effective twist on the overdone found footage movie formula, one that even semi-curious horror movie fans would enjoy checking out.

Unfriended, surprising no one, stars a cavalcade of haughty teenagers who have no idea what’s coming to them. They unite on a group Skype call in time for the anniversary of the death of one of their peers, Laura Barns, who apparently committed suicide during the previous year. Naturally, Laura’s suicide stemmed from repeated cyberbullying by her classmates, after an embarrassing video of her drunken antics was uploaded to YouTube. 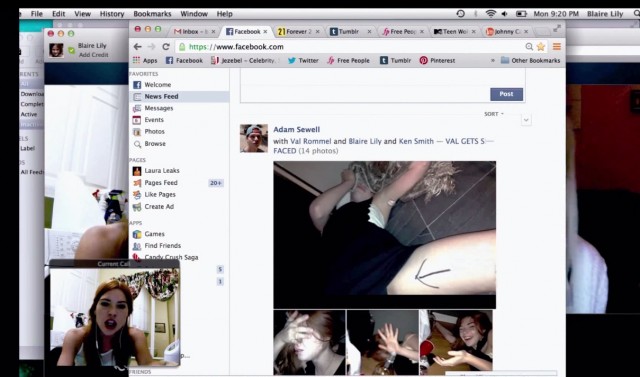 The entirety of Unfriended was shot in one long, continuous take, which makes it quite an interesting beast in terms of horror movie history, even amongst your Blair Witch Project’s and your Paranormal Activity’s. The entire runtime also unfolds across a faux-Skype interface, which accounts for disturbed pixels (lots of those, actually), yet also conveniently allows the filmmakers to avoid detrimental online issues such as lag. It’s creative, and immediately gives Unfriended a memorable way to separate itself from other found footage-style movies.

Our group of mostly undefined teenage protagonists/victims is led by Blaire Lily, played by Teen Wolf’s Shelley Hennig, whom you might also remember from a far inferior Universal horror movie project of late, Ouija. Blaire happens to have been the closest friend of Laura, while also being friends with all of our other teenage targets.

The other leads, Mitch, Ken, Val, Jess and Adam, have varying connections to Laura and to Blaire, but to go too much into it would constitute immediate spoilers. Unfriended is a movie that benefits from viewers knowing as little about its characters as possible, so it can peel back the gradual layers of each other’s true nature piece by piece, and yes, rest assured, none of these teens are cyber-saints.

It’s the details that elevate the personalities of Unfriended slightly above the typical horror movie cannon fodder. Not exceptionally higher, but higher enough to take note of for horror enthusiasts.

Unfriended is not a terribly complex movie. This may not surprise some, as it’s an 83-minute indie horror flick that was made on the microscopic budget of just $1 million, back when it was known as Cybernatural. The entire story could easily be summed up as a group of teens being forced on Skype to be tormented by the ghost of their deceased friend, or so it appears.

As I said, the story of Unfriended benefits most from viewers not knowing what to expect going in. It’s a movie based on surprise, and the slow burn unveil of a twisted mystery. Seeing each perpetrator of cyber injustice meet their end is mostly well-earned and delightfully squeamish to watch, though some kills definitely feel better than others.

Surprisingly, Unfriended is best when it doesn’t place too much emphasis on its necessary horror tropes. Its mystery and themes are its strongest offerings, with the horror elements feeling shakier, especially with how little rules they have to follow. Even though Unfriended doesn’t settle for a PG-13 rating, and is happy to be an R-rated slasher flick, it might have almost been better off as a PG-13 movie, and that’s virtually never true with horror movies. It’s not the violence that sells Unfriended, after all. It’s the storytelling.

Thankfully, said storytelling is more than enough to distract from the conveniently unstoppable villain and outlandish premise. Discerning horror fans may find the actual horror to be lightweight, filled with cheap jump scares and convoluted kill sequences that wouldn’t make sense in a more believable horror setting, but the creativity behind this idea is nonetheless very commendable.

Unfriended is directed by Georgian-Russian director, Levan Gabriadze, with Unfriended being the only major Hollywood collaboration he currently has to his name, even though Gabriadze’s cyberbullying horror project began as a self-made indie film. Gabriadze’s only other directing credit is a Russian comedy starring Milla Jovovich from a few years ago, Lucky Trouble.

Still, Gabriadze has put together quite the interesting creation with Unfriended. It’s a very simple little movie, but the inspiration behind it is very impressive. Somehow, staring at a bunch of self-important teens on a faux-Skype interface for just over 80 minutes doesn’t get old, thanks to carefully calculated points where the screen switches to a faux-YouTube screen, a private chat window, or something else of that nature. 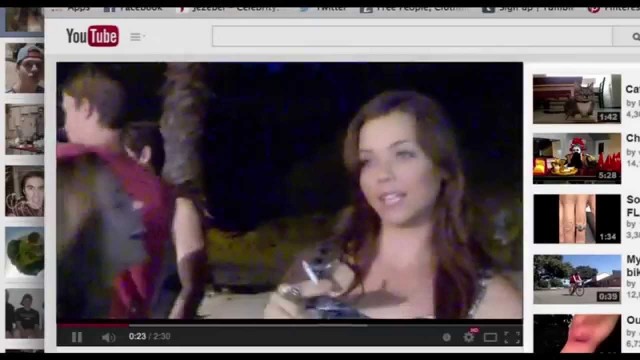 Still, the entire movie unfolding over Skype is a clever, contemporary idea in a genre of film that’s generally starved for truly effective ones. It’s not an instant classic by any means, but as a directing effort, an entire movie shot across one extended take is no small feat, especially when the movie so effectively carves out its own bold sense of style at the same time.

Unfriended suffers a bit from its need to pander to teen horror paradigms, but it’s nonetheless a very striking movie with a very clear message. It’s chilling wish fulfillment for those who have felt the sting of cyberbullies, just as it’s also a cautionary tale that internet anonymity only goes so far. If you’re a jerk on the internet, you might be surprised at how it comes back to haunt you.

This is why it’s unfortunate that the movie doesn’t feel more grounded. It might have been a horror classic, had it not focused so much on easy teen-friendly scares. The whole idea of an omnipotent, seemingly supernatural threat might make Unfriended more unpredictable to watch on a first viewing, but it also makes it further removed from any sense of logic or rules, which hurts the message it’s trying to go for. 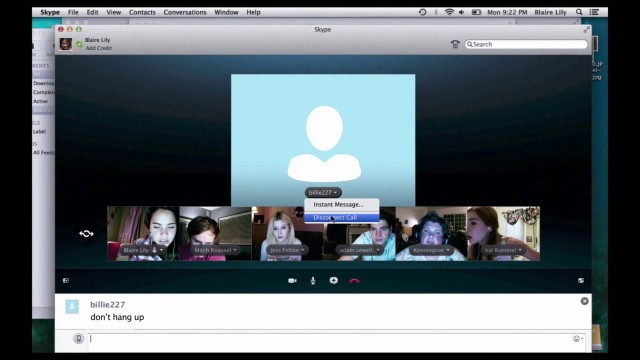 Nonetheless, the good outweighs the bad with Unfriended. It’s an interesting and surprisingly successful horror movie experiment that may not be perfect, but will definitely turn heads.

Unfriended Review
Unfriended goes for the young demographic, and sometimes suffers for it, but its outlandish scares are nonetheless complemented by a chilling mystery and an effective message about the dangers of cyberbullying.
CHARACTERS70%
PLOT75%
DIRECTION85%
THE GOOD STUFF
THE NOT-SO-GOOD STUFF
2015-04-29
77%Overall Score
Reader Rating: (0 Votes)
0%