Arrow’s supporting cast once again took focus, as Oliver begins his initiation into the League of Assassins. “Al Sah-him” might not have pulled off this supporting character focus quite as well as “Left Behind” or “Midnight City” from earlier in the season, but it still presented a healthy direction forward for the series, as we push toward the season finale in a couple of weeks.

The episode begins with a look at Oliver being both physically and mentally conditioned in Nanda Parbat to forsake his former identity as Oliver Queen of Starling City. Only Al Sah-him shall remain. It’s quick, and if anything, it’s actually too quick. It felt like the episode wasn’t given an adequate amount of time to really break down Oliver and turn him into a true antagonist to our heroes, This was a major sticking point in an otherwise solid episode, unfortunately.

Fortunately, a dialogue scene that follows shortly afterward sheds some light on what the showrunners have already confirmed can be expected in Season Four later this year, and next year. Ra’s Al Ghul brings up a former associate of his from the League to Oliver, Damien Darhk, who, no, is not Damian Wayne, as some rather optimistic DC fans were speculating. Darhk is actually a character from DC Comics, best known for being the strangely youthful leader of villainous DC organization, H.I.V.E. Ra’s talking about Damien leading a, “Hive of agents” in a modern secret organization was a pretty on-the-nose hint that he’ll be a big bad in Season Four, especially with H.I.V.E. confirmed to be a focus for next season. This doesn’t have much bearing on this episode proper, but it’s a cool tease for what fans of the show can look forward to after this season.

After the somewhat uneven intro finishes up though, the plot of the episode finally kicks in. After Oliver’s former identity is fully wiped away, Ra’s sends him to Starling City to take care of the one threat to his succession; Nyssa, who forsook her call as Heir to the Demon previously. Oliver complies fully, taking several League members with him.

Since Laurel has become rather close with Nyssa however, she initially hides the secret of Oliver joining the League of Assassins, until Nyssa gets it out of Laurel over a dinner. Realizing she’s being targeted, Nyssa goes to confront Oliver directly, and the two end up partaking in a pretty cool fight scene. When it looks like Oliver gets the upper hand and is about to kill Nyssa however, Laurel intervenes with the first-ever use of her Canary Cry, which is even cooler! Those only keeping up with Arrow and not The Flash might be confused about why Laurel suddenly has sonic screaming powers, but fans of both shows will definitely enjoy Laurel brandishing her sonic weapon sooner rather than later on her main series! 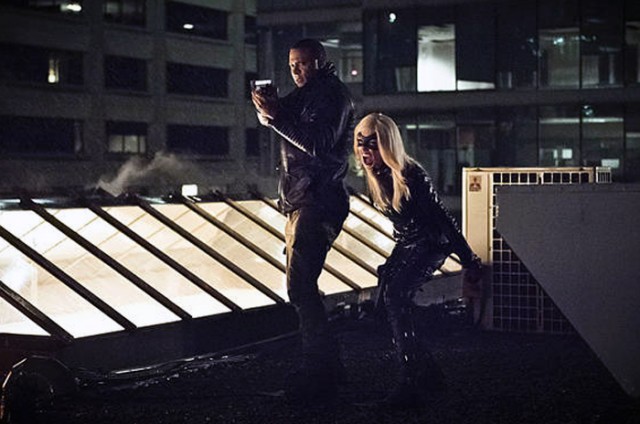 Regardless, Oliver initially walks away, leaving Diggle and Laurel to scoop up Nyssa, and try to regroup in the Palmer Technologies building to come up with a new plan. Apparently Ray is, “Out of town”, or so says Felicity. Even Thea shows up to ponder what to do about her brother, with Felicity claiming that Oliver can be saved, while Thea seems to abstain, and both Diggle and Laurel seem to believe that he can’t be fixed, and must be put down. This proves to be a highlight of the episode, with the group struggling to decide whether Oliver is truly still alive in some form, or whether they need to succeed his mission by taking his life for the good of the city.

Things heat up from there when Thea calls in Merlyn, who fills her in on the League’s methods of conditioning Oliver, and gives her another favour that I’ll get to, just in time for Lyla to be snatched by Oliver. Oliver demands that Nyssa be turned over to him, or else he’ll kill Lyla. This seemed to be the point where Oliver officially proved himself to be seemingly too far gone, and as much as it seems inevitable that Oliver won’t be killed in his own show, this sequence of events is enough for even the viewers to question whether Oliver can truly be salvaged from the League’s clutches.

Fortunately, Lyla is reclaimed, thanks to Thea getting her first proper turn as DC heroine, Speedy, complete with costume, even at the cost of Nyssa being returned to Nanda Parbat. Just as Oliver is about to kill her however, Ra’s stops him, suggesting something else. He believes that an ideal union can be struck, if Oliver marries Nyssa. Yes, this is a complete riff on the Batman/Talia Al Ghul plots of Ra’s Al Ghul from DC Comics, but whatever. It’s a very promising tease for next week nonetheless, especially when it’s preceded by a montage of Oliver’s former teammates sulking and crying about the grim state of events. 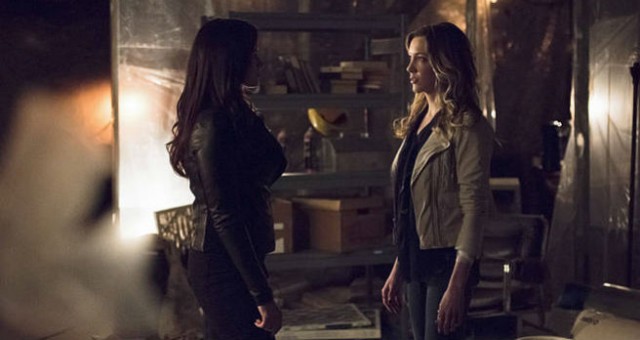 Their troubles are just beginning however, as Ra’s takes out a vial of the Alpha/Omega virus from the flashbacks of this season, right at the end of the episode. He then orders Oliver to unleash it on Starling City as a whole, right as the episode concludes. Uh oh! I guess that will be our Season Three endgame!

Regarding the flashbacks, they still delivered some good excitement, though they felt a bit more out-of-place in the story again this week. They entirely revolved around the chaos of the Alpha/Omega infection in Hong Kong, and Oliver, Tatsu and Maseo deciding to try and grab Akio to escape under the cover of the chaos. Ah, but in the final flashback sequence, there’s a twist, as Akio is revealed to be sick with the virus, getting a bloody nose just as the group finds a getaway vehicle. Yes, we knew Akio was doomed after last week’s episode, but it should create some heartbreaking scenes over the season’s remaining episodes nonetheless. 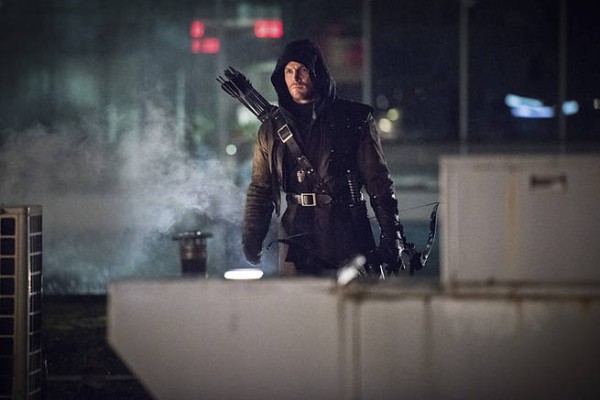 “Al Sah-him” was solid, even if it’s a clear step down from the superb episode of last week. There seems to be enough continued momentum here to carry us through the final couple of episodes before Season Three wraps though, especially with the events of past and present finding a solid way to come together for the League’s endgame in Starling City.

Arrow 3.21: "Al Sah-him" Review
Arrow attempted another heavy focus on the supporting cast this week, to lesser effect than most of the previous attempts, but still with plenty of drama and thrills to go around.
THE GOOD STUFF
THE NOT-SO-GOOD STUFF
2015-04-30
80%Overall Score
Reader Rating: (1 Vote)
80%