NOTE: Full spoilers for this episode of Agents of S.H.I.E.L.D., and some spoilers for movie release, Avengers: Age of Ultron, are present in this review

Just as Agents of S.H.I.E.L.D. laid a pretty thick foundation for the imminent release of Avengers: Age of Ultron on the big screen last week, “Scars” builds upon the aftermath of the movie, tying it in with S.H.I.E.L.D.’s official discovery of the Inhumans. Before I go into the episode, allow me to stress again that this episode SPOILS a handful of key events from Avengers: Age of Ultron. If you haven’t seen the movie yet, and care about not having the story given away, don’t watch this episode yet, and don’t read this review yet. Got it? Good!

Anyway, if you have seen the movie, or just don’t care about spoilers, then let’s move on.

So, Coulson’s Theta Protocol was revealed to be the reconstruction and authorization of the S.H.I.E.L.D. Helicarrier that ended up bailing the Avengers out of their final defeat at the hands of Ultron on the floating city in Sokovia in Avengers: Age of Ultron. So, in a very covert, clever way, Coulson ended up saving the day in the movie. This was a neat way to allow Coulson to have a hand in the movie for avid Marvel enthusiasts, without ever being remotely acknowledged in the movie. It also fills in a nagging plot hole that some pointed out in Avengers: Age of Ultron, namely in how Nick Fury suddenly got ahold of a Helicarrier, and seemed to show up out of nowhere more than once as a Deus Ex Machina for the Avengers. It’s too bad that you have to watch Agents of S.H.I.E.L.D. to get that question answered, but it’s certainly better than just having Marvel outright ignore it in continuity.

Even with Ultron seemingly destroyed and the world still spinning however, Gonzalez’s outfit is less than thrilled with Coulson and Fury sticking their nose in the devastation of Sokovia without their knowledge. They compare Coulson and his Theta Protocol to Tony Stark, who was allowed to covertly create Ultron, nearly destroying the world because people found him too charming to question.  That’s probably harsh, but it does nicely illustrate that S.H.I.E.L.D. is probably going to have some choice words for Iron Man soon, despite him walking away from the New Avengers training facility at the end of Avengers: Age of Ultron.

Eventually, the two branches of S.H.I.E.L.D. unify under Coulson, with Coulson presenting the solution that S.H.I.E.L.D. will function better as a united whole, with the other S.H.I.E.L.D. being his advisors, while still honouring Fury appointing Coulson as S.H.I.E.L.D.’s new director. He’s right when he says that S.H.I.E.L.D. is setting themselves up for another fall if they don’t band together, though this does have unforeseen consequences later in the episode.

Tensions at S.H.I.E.L.D. skyrocketing after the whole Ultron incident also prove to be ill timing for Raina and Gordon, with Raina having a vision of a Kree weapon that is able to wipe out all of the world’s Inhumans, sitting in S.H.I.E.L.D.’s custody on Gonzalez’s base. Deciding to also reclaim Lincoln from S.H.I.E.L.D. custody and kill two birds with one stone, Gordon and Raina teleport onto the S.H.I.E.L.D. carrier, and are quickly found out. 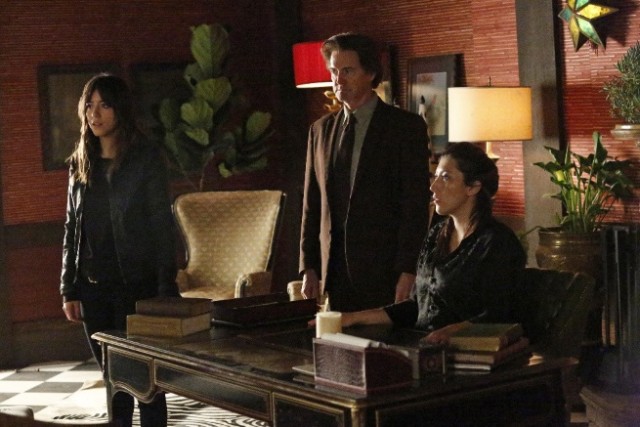 Wanting to avoid another potential extinction event while it’s fresh in their minds, Gonzalez tracks Gordon back to Afterlife, and demands an answer to the entire race of super-powered people. Eventually, it’s agreed upon that a diplomacy meeting will be set up, with Skye being an intermediary, having a stake with both S.H.I.E.L.D. and the Inhumans. Initially, Coulson volunteers to be S.H.I.E.L.D.’s ambassador, though is advised against this by the advisors he just appointed, leading to him allowing Gonzalez to go to Afterlife in his place, taking a few Quinjets with him, one of which carrying Bobbi and May.

Meanwhile, Jiaying and Cal discuss better times at Afterlife, as well as the imminent meeting with S.H.I.E.L.D. Surprisingly, Cal vouches for S.H.I.E.L.D., despite admitting that he hates them, and especially Coulson, though he also concedes that Coulson is a good man who looked after their daughter. This leads to Jiaying agreeing to discuss terms with them, though Raina ends up bursting in and urging her not to talk to S.H.I.E.L.D., volunteering herself instead, when a vision warns her that Jiaying being the ambassador will lead to the destruction of Afterlife. Jiaying then decides that Raina is manipulating her, and has Raina imprisoned to have her fate decided later. Given that Ruth Negga has just taken a new job with AMC on next year’s Preacher series, I have the sinking feeling that this action might lead to Raina being just two days away from retirement, if you know what I mean.

At this point, the episode finally kicks into high gear, after a lot of setup and teases that sometimes bog the pacing, with Bobbi realizing that May, who rode along with her, is not actually May, but Agent 33! The two end up having a fight, with Agent 33 revealing that, just because her brainwashing is gone, doesn’t mean she forgot about Bobbi’s former actions against her. The Quinjet ends up being hijacked, and Bobbi is iced by none other than Ward, who was conspiring with Agent 33 all along, to some unknown end. Might this be the first tease for that planned Agents of S.H.I.E.L.D. spin-off series that’s in the works? 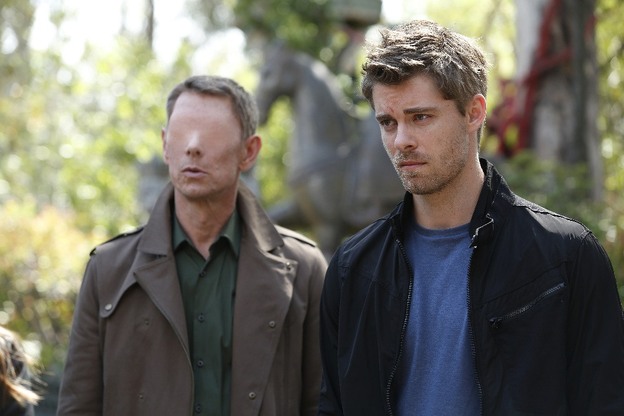 Regardless, Gonzalez lands in Afterlife, and begins to talk with Jiaying, presenting her with a gift, the recovered Chinese protection ward that Jiaying meant to give to Skye before losing it, as a gesture of good faith. Jiaying returns the gesture by handing Cal over to S.H.I.E.L.D. custody, with Cal encouraging her to do so, believing that it will help talks. From there, Jiaying goes over a bit of history with her people to Gonzalez, then pulls out a Terrigen Crystal to show him where they come from… Before shattering it!

As Gonzalez is bathed in Terrigen Mist, Jiaying tells him that he’d better be one of them, saying that Gonzalez can’t possibly compare ordinary people to the Inhumans. Is anyone else getting a bit of a Magneto vibe here? He is ultimately unable to fire his gun before he completely petrifies, with his hand being knocked off by Jiaying, suggesting that Gonzalez was an ordinary human, and thus, he’s now dead. Jiaying then shoots herself in the shoulder with Gonzalez’s gun, before stumbling out for Skye to find, and claiming that Gonzalez tried to kill her, and this means war for S.H.I.E.L.D. Uh oh! The episode then concludes on this note, being a direct tease for next week’s two-hour season finale.

We’ve seen some hints that Jiaying is a bit of a radical when it comes to protecting her people, but this is the most extreme we’ve seen her go! Declaring open war with S.H.I.E.L.D. is certainly a bold move, and once again, it led to Raina’s vision coming to pass. Was Jiaying actively hoping for war? Does she take after Magneto with Marvel’s mutants, and see Inhumans as the future evolution of humanity that must wipe out ordinary people? We’ll have to see in next week’s double-sized season finale where this mess all leads. 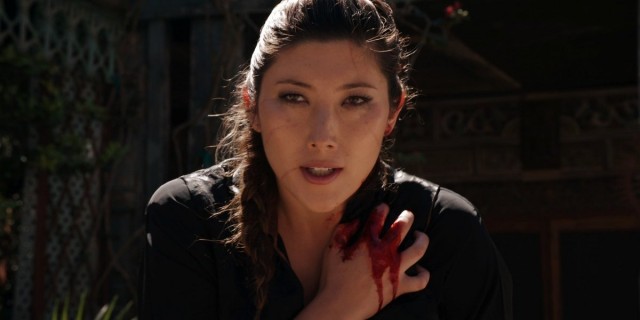 Regardless, “Scars” was a very cool episode that, took a little while to get going in some places, but when it did, it was incredibly exciting! With Jiaying’s dark side exposed, and the Inhumans declaring open war on S.H.I.E.L.D., drawing first blood with the death of Gonzalez, the stage is set for what’s sure to be an intense season finale next week, one that will no doubt see the status quo shaken up yet again after the dust settles!