iZombie delivered another especially great episode this week in “Dead Air”, perhaps its best yet, which saw Liv consume the brain of a murdered radio relationship expert. Naturally, both the jokes and drama surrounding this write themselves.

This comes at a shaky time for Ravi, who meets and develops a crush on Peyton right as she’s getting Major out of jail, following the events of last week’s episode. When it comes time for Ravi to rely on Liv for support, she’s unsympathetic and pedantic, leading to a bit of rift with Ravi as she tries to over-analyze him rather arrogantly. It’s the first true spat that these two have had, and it had a great amount of personal impact for Liv especially. 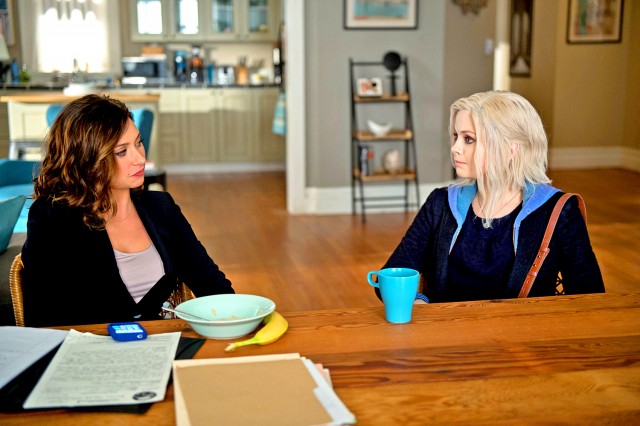 This was another brilliant portrayal of a more problematic brain for Liv getting in the way of even those who know her zombie state, something that the show also explored in another very impressive episode from a couple of weeks ago, “Virtual Reality Bites.” Not every murder victim is a saint, and as the episode goes on, Liv gradually learns that the former owner of her brain is something of a hypocrite, having never had a healthy relationship herself, and often sleeping around with a parade of lovers, some even of her friends.

This actually led to a pretty brilliant red herring late in the episode, when Liv believes that her victim was murdered by an angry girlfriend of one of her conquests who also happens to work in the same radio station, but the arrested woman turns out to be innocent. Liv’s brain ended up steering her in the wrong direction to the point where it almost got an innocent person thrown in jail, and that was a pretty close call!

Seeing Liv so distracted with dressing down Ravi and Babineaux’s romantic habits, at the expense of her own case and reputation, was done very well. Liv may somewhat be a slave to the impulses of her brain, but she did begin to enjoy the sudden insight into human relationships a lot, which also benefited her sex with Lowell. Lowell was kind of revealed to be a bit shallow this week, after Liv began over-analyzing their relationship, and that they have nothing in common, but surprisingly, the show appeared to side with Lowell here. Lowell claims that a good thing isn’t worth ruining by thinking too much about it, and that sometimes, people who have nothing in common can come together in surprising ways during trying circumstances. Yeah, that probably wouldn’t sustain a marriage, but hey, he’s right when he says that there’s nothing fundamentally wrong with his casual relationship with Liv. 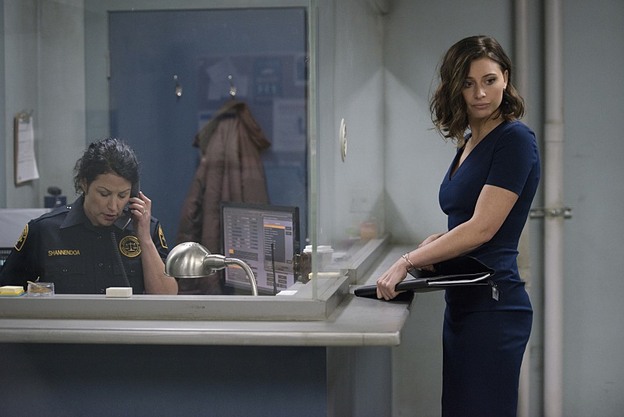 On Major’s end, he ends up being dumped by his own flame due to his obsession with the disappearances of his troubled youths, which Ravi earlier informed him about their being dead. Apparently, some of their remains were even found at the estate of last week’s killers, suggesting that they were indeed killed due to an unseen connection to Blaine, not just because Babineaux’s lieutenant went full zombie. On that note, the lieutenant tells Blaine that he suspects the psychic coroner girl is a zombie, which Blaine confirms. So far though, they’re going to let Liv do her thing, with Blaine putting the squeeze on the lieutenant even further as well.

In any case, Liv tries to visit Major and comfort him about losing his girl, once again lying about her zombie state, even though Major is rapidly putting the pieces together. Major claims that he’s given up the chase, but naturally, that’s a lie, since the second Liv walks out, Major is back at his research. It’s no doubt only a matter of time before he zeroes in on what’s actually going on, and inevitably learns of Liv’s secret.

Anyway, after Liv and Babineaux realize that the evidence against their prisoner is forged, they find the real killer, the producer of the dead host, who murdered her to try and take her own shot at fame by doing a memorial broadcast. Twisted, but kind of brilliant in a sick way. The woman gets a harsh realization that she’s no good at radio however, just in time for Liv and Babineaux to come and arrest her. It was almost sad in a way, as she’s hauled off mid-broadcast, despite doing so on the note of trashing her late host and her hypocrisy all the more.

After all is said and done, Liv encourages Peyton to take a chance on Ravi, and learns a valuable lesson about the value of the people closest to her. All’s well that ends well… Mostly. The episode winds down with Ravi getting bitten by the zombie rat that he was experimenting on from last week, foreshadowing that he may be facing a zombie infection himself, and might want to get on the cure even faster! 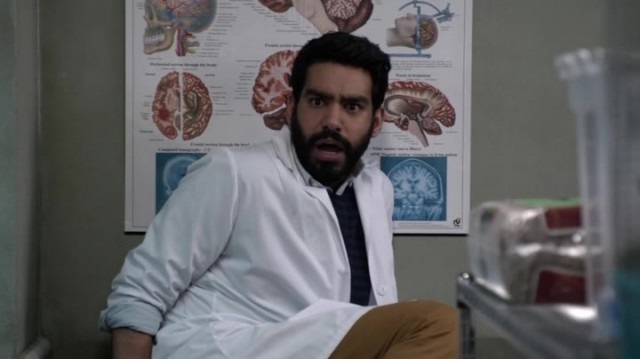 iZombie presented the perfect mix of fun and drama this week, having lots of great plot elements, particularly in giving Peyton a better connection to the events at hand. Major was bound not to give up the fight either, and seeing him gradually get closer to Blaine’s operation and the existence of zombies is pretty enjoyable to watch. Everything came together perfectly in “Dead Air”, with iZombie still riding high on ordinary runtime, even as other genre shows are delivering their big climaxes.

iZombie 1.8: "Dead Air" Review
iZombie delivered one of its best episodes yet this week, putting Liv through the emotional grinder again as she gets another problem brain, and presenting heavy relationship paradigm shifts for Liv, Ravi and Major alike.
THE GOOD STUFF
2015-05-06
95%Overall Score
Reader Rating: (0 Votes)
0%