Surprising absolutely no one, given that The CW’s three DC Comics-inspired shows, Arrow, The Flash and iZombie are sitting at the top of the network’s ratings and acclaim, the network has ordered the planned ensemble DC Television Universe spin-off for Arrow and The Flash to series. This comes right on the heels of iZombie getting a confirmed renewal for Season Two, after it debuted as a surprise hit midseason offering this year, as well as confirmation from CBS of a full 22-episode 2015/2016 Fall pick-up for its own DC Comics-inspired primetime live-action series, Supergirl. The CW has also confirmed the official title of their Arrow/The Flash spin-off series, which will be called ‘Legends of Tomorrow‘. 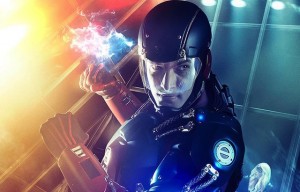 The Flash actor, John Wesley Shipp recently outed the title of the series as ‘Legends‘ in an unofficial capacity at a comics convention, confirming that it was indeed going to be a pick-up for The CW as well, and it seems like he was mostly right. It’s possible that he may have shortened the series’ name to what it will likely be called by general viewers, or the show may have been referred to internally as ‘Legends‘ and that’s how he heard it, especially since that may have also been its working title at one point. It’s likely that the title was extended to avoid confusion with the new Sean Bean-starring TNT series, Legends.

It’s unknown whether reports of Legends of Tomorrow debuting as a midseason 2016 show are true, particularly after Shipp claimed this as well, though The CW will soon be hosting their UpFront presentation next Thursday, which will confirm where Legends of Tomorrow will end up sitting on their schedule, as well as whether iZombie is indeed moving out of midseason for a full Fall episode order in Season Two later this year.

Legends of Tomorrow has also had an official synopsis released for it, confirming that Arthur Darvill’s Rip Hunter will be the main character of the ensemble series, who travels back to the time of Arrow and The Flash to rally a team of heroes and villains in a fight against an immortal force powerful enough to obliterate time and the universe itself. The series will also star Brandon Routh as Ray Palmer/The Atom, Victor Garber as Dr. Martin Stein, Ciarra Renee as Kendra Saunders/Hawkgirl, Franz Drameh as Jay Jackson (believed to be a re-interpretation of DC hero, Cyborg), and Caity Lotz in a mystery role, potentially unrelated to her stint as The Canary on Arrow. Wentworth Miller’s Captain Cold and Dominic Purcell’s Heat Wave, two high-profile villains on The Flash, will also have recurring roles. 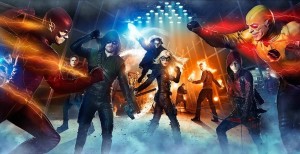 Beyond Legends of Tomorrow, The CW has also picked up two other new shows for their upcoming 2015/2016 season lineup, Crazy Ex-Girlfriend and Cordon, the former a comedy and the latter a drama. Crazy Ex-Girlfriend is about a woman who impulsively gives up her job and living situation to pursue a life of romance, adventure and whimsy, and was originally planned as a half-hour series for adult premium network, Showtime, though will now air as an hour-long comedy series on The CW. The pilot will need to be re-shot, in order to remove content allowed on Showtime but not the general audience-oriented The CW, which makes it possible that Crazy Ex-Girlfriend may end up sitting in midseason. Cordon meanwhile is an ensemble series about a viral outbreak in Atlanta, Georgia (no, not the Walker kind), and the events and tragedies that go on with both the enforcers and prisoners of a quarantine area. 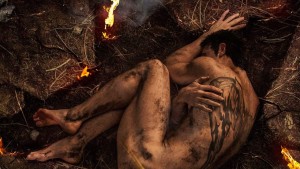 Sadly, two shows have also been confirmed to be axed with The CW’s preliminary renewal and pick-up announcements, however little remained, after The CW previously picked up their entire Fall lineup for new seasons earlier in the year. Among these is ratings dud, The Messengers, which just recently started airing, to less than a million viewers and a 0.3 ratings score (ouch!), becoming one of the network’s worst ratings bombs of the season, especially after barely lukewarm feedback from critics. The series hasn’t yet been taken out of The CW’s schedule, but it definitely won’t be back after its meager run of episodes is done.

The second cancellation was largely predicted, after it was absent from The CW’s wave of early January renewals, but now, we have official word that Rachel Bilson-starring drama, Hart of Dixie has indeed been cancelled after four seasons. Its fourth and final season was shortened to ten episodes, which was the first of many signs that it wouldn’t be back afterward, particularly after the show really began to struggle in the ratings from Season Three onward, after being a more moderately-rated show to begin with. The show’s final episode aired on March 27th, and is now confirmed as the series finale. 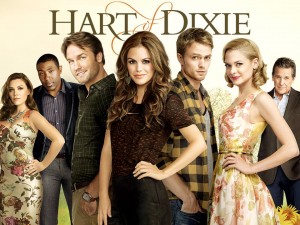 We’ll be keeping an eye on the upcoming TV schedules for The CW, and other networks, as their renewal, cancellation and pick-up notices are due over the next week. Thus, keep tuning in to Eggplante for your news on high-profile TV announcements.