UPDATE: ABC has made an additional pick-up after their initial nine. They have now given the belated green light to the re-imagined Uncle Buck TV series, starring Mike Epps, loosely inspired by the John Candy-starring movie.

As usual, ABC has notoriously waited until their renewal notices are due in May to reveal which veteran shows will return, and which new offerings will be joining their lineup. Fortunately, with their confirmation of what to expect for 2015/2016, there’s a whole lot of good news, especially for those rallying for certain fan-favourite long shots! 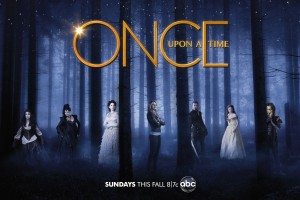 To start, all of the network’s biggest blockbuster dramas are naturally coming back. Fantasy drama, Once Upon a Time was confirmed a bit early to be renewed for Season Five, but yes, that’s official. Long-running medical drama, Grey’s Anatomy has also been renewed for a landmark twelfth season. Marvel fans should be especially happy too, as Agents of S.H.I.E.L.D. has inevitably been renewed for Season Three, but not only that, fan-favourite miniseries, Agent Carter has been renewed for a second season, despite being considered a long shot for return in some circles, due to its middling ratings, and initial billing as a miniseries. A slew of crime dramas will also see new seasons, specifically, Castle (Season Eight), Secrets and Lies (Season Two), How to Get Away With Murder (Season Two), and, rather shockingly, despite its low ratings, American Crime (Season Two). Political drama, Scandal will also return for a fifth season, as will music drama, Nashville, for Season Four.

ABC’s also got plenty of acclaimed comedies that will naturally see a return, chief among them being their biggest comedy hit, Modern Family, which is set for a seventh season. Long-running comedy series, The Middle will also return for a seventh season. ABC’s other successful specialty comedies have all been renewed as well, namely The Goldbergs (Season Three), Black-ish (Season Two) and Fresh Off the Boat (Season Two). Perhaps the biggest surprise renewal aside from American Crime however is musical fairy tale comedy, Galavant, which will return for a second season, despite debuting late, and struggling in the ratings, leading to many critics previously considering it bound for the chopping block, despite the show’s cult following. 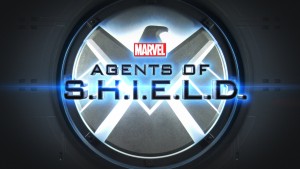 ABC will also be sticking to several established reality shows, with returns announced for The Bachelor, Dancing With the Stars, Shark Tank, 20/20, America’s Funniest Home Videos, and Beyond the Tank.

As much as the unlikely returns of Agent Carter and Galavant are cause for excitement, alongside the returns of so many awesome shows that ABC is currently enjoying, it certainly wasn’t all good news for everything. Casualties are inevitable when it’s time to make renewals, and there are four ABC shows that won’t be back.

Debuting shows, Forever and Cristela have been axed after just one season, due to decreasing appeal and dwindling ratings. Increasingly troubled drama, Resurrection is also being put out of its misery, after two seasons. Lastly, reality cooking show, The Taste is getting cancelled, no doubt the latest casualty of reality TV demand being on decline, and more established cooking shows having a much larger audience anyhow.

The already bustling ABC catalogue will be seeing nine all-new additions for the upcoming season as well. 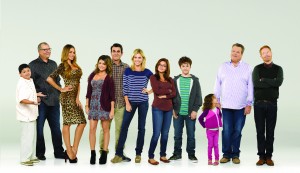 Chief among these is an all-new mockumentary-style Muppets comedy, exploring the work lives, personal lives, achievements, break-ups and everything else amongst the familiar Muppets personalities, with the show described as a more adult-oriented take on the characters, one that the family can still enjoy. Naturally, this should serve as outstanding news for those who enjoyed the recent Muppets revival movies from ABC parent, Disney, and were worried about the shaky box office intakes of said movies potentially sending Jim Henson’s beloved creations back to dormancy.

Beyond the new Muppets series, ABC will be welcoming two more all-new comedies next season. The Real O’Neals is the first of these comedies, and will involve a textbook perfect nuclear family being thrown for a loop when their youngest son confesses that he is gay. The second new comedy is Dr. Ken, starring Ken Jeong (Community) as a frustrated HMO doctor juggling professional duties, marriage and parenting, and succeeding at none of them. Given that Ken Jeong is an actual licensed medical doctor on top of being a comedy actor (he even played a bit part as a doctor before his big break in 2007 Seth Rogen/Katherine Heigl comedy, Knocked Up), it’s possible that the show may incorporate some vague autobiographical elements. 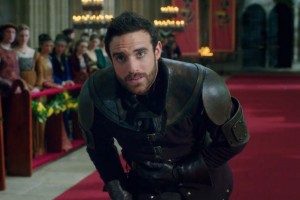 The bulk of the all-new offerings are dramas. These will include Quantico, a drama about FBI recruits and one of whom becoming a key suspect in a domestic terrorist attack, Wicked City, an anthology series detailing crimes in Los Angeles at varying periods in the city’s history, Of Kings and Prophets, a biblical drama starring Ray Winstone that has minimal details, The Catch, a forensic thriller that also has minimal details, The Family, about a politican’s dead son being revealed to be alive (a replacement for Resurrection, maybe?), and lastly, a currently-untitled drama about the biggest oil discovery in American history.

Unfortunately, those looking for word on the status of ABC’s development of two Marvel Cinematic Universe spin-off shows, namely one that’s apparently in the works with American Crime creator, John Ridley, and another being a spin-off of Agents of S.H.I.E.L.D., you might also be in for some bad news. Given that American Crime has seen an unlikely renewal, the mysterious spin-off that the show’s creator, John Ridley was apparently collaborating with Marvel on, has likely been put on hold. 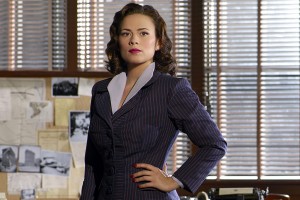 Likewise, the planned Agents of S.H.I.E.L.D. spin-off that was said to revolve around Adrianne Palicki’s Bobbi Morse/Mockingbird and Nick Blood’s Lance Hunter has also apparently not been given the green light by the network. This is likely because of ABC’s already-crowded slate of shows for the upcoming season, and potentially due to the fact that they couldn’t justify the spin-off at this point, when they could just as easily keep Bobbi and Hunter on the main Agents of S.H.I.E.L.D. series, potentially. Fortunately, these two shows ending up shelved was no doubt what contributed to Agent Carter getting renewed, so we suppose one can take the good with the bad.

What do you think of ABC’s 2015/2016 season lineup? Are you psyched at the unlikely return of Galavant and Agent Carter? Are you upset at any of the cancellations? Are you for or against an all-new Muppets series? As usual, your comments are welcome below.

Keep tuning in to Eggplante for all news and updates on major television renewals, cancellations and pick-ups.