With Reverse Flash’s endgame revealed, the penultimate episode of The Flash’s debut season continued to bring Barry’s and S.T.A.R. Labs’ mission full circle. This time, the lingering metahumans in the pipeline took center stage, as Wells’ rebuilt Particle Accelerator threatens to destroy them. Struggling with a seemingly impossible situation, Barry must debate the lives of a handful of villains in favour of just allowing Wells to get rid of them.

You can probably imagine which option Barry goes with. Being the hero he is, Barry is unable to compromise the lives of the bad guys. This puts him in a desperate situation, as Cisco learns of a future power source for the revived Particle Accelerator that has a 36-hour limit. Without any options left, Barry is left to seek the aid of none other than Captain Cold himself, with Wentworth Miller eking out one last guest role before the first season of The Flash concludes next week.

Naturally, Detective West is extensively against enlisting Cold’s help, but is forced to relent when the group decides that the only realistic option with the metahumans is to transport them to Lian Yu, the very same island where Oliver Queen was stranded for five years, and where Captain Boomerang and Deathstroke are currently held, after big events on Arrow. Thus, Cold and his sister, Lisa are needed to assist in the transport effort.

The episode sets up a great theme of Barry having to do a morally questionable thing for the greater good, which is something that often comes up on Arrow with its title hero. Surprisingly though, the episode goes on to prove exactly why Barry is better off not taking after Oliver, with Detective West rightfully pointing out that Barry’s inability to compromise all manner of good is what separates him from The Arrow. It was a clever showcase of why The Flash has confidently and constantly carved out its own fantastic direction, even being a spin-off of Arrow.

It’s the former half of the episode that works out better than its latter execution though. Many of the best moments are had when Cold and his sister are interacting with the S.T.A.R. Labs folks on their own turf, with Cisco also getting the pressure put on him by Lisa, who romantically toys with him after their kiss under false pretenses from “Rogue Time.” Likewise, Barry having to erase all of Cold’s forensic evidence, both digital and physical, in order to ensure his co-operation, and the effect this had on Detective West, was another surprisingly dark moment for the character. It’s just too bad that there didn’t seem to be much in the way of consequences for this later, with said consequences no doubt being saved for the Rogues’ inevitable return in Season Two. 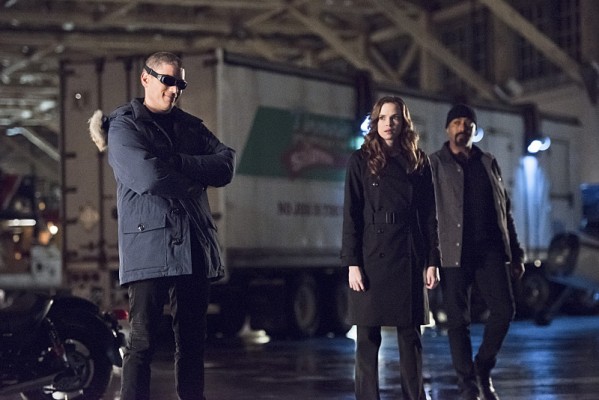 On a slight side note, I have to admit that I, and no doubt many other viewers, geeked out quite a bit when the metahumans are transported to a Ferris Air facility to be taken away by A.R.G.U.S., with Caitlin revealing that the place was shut down after one of its test pilots went missing. Yes, this missing pilot has to be none other than Hal Jordan, the original Green Lantern, if you don’t count the altered Golden Age variation. It was a brutal tease by DC, suggesting that Hal is no doubt training with the Green Lantern Corps. on Oa during the events of The Flash and Arrow at present, and seemingly confirming that the Green Lanterns do exist in the DC Television Universe. The CW has been laying the Green Lantern teases pretty thick lately on The Flash especially, so I have to wonder if they’ve already worked out a way to bring the Emerald Knight into the DC Television Universe, even if it could be over a year from now before we hear any solid plans.

In any case, Cold inevitably betrays everyone, sabotaging Cisco’s power suppression device so that the metahumans can break out of their confinement, forcing Barry, Cisco, Caitlin and Detective West to try and deal with them. Peek-a-Boo teleports away, Barry subdues The Mist, and Cold is left to bail out Weather Wizard and Rainbow Raider, though he does seemingly kill off Deathbolt by icing him in the face, glibly commenting that Deathbolt owed him money. Wouldn’t you not want to kill him then? Oh well, whatever. Regardless, the plot by Cold to have the metahumans owe him in order to bolster the ranks of the Rogues wasn’t a bad result, especially since Weather Wizard in particular will no doubt eventually join the group, being a major Flash villain from DC lore. Still, it felt like the Rogues got away pretty easily, even if Wentworth Miller remains a highlight presence on this series, and is always welcome in Central City as far as I’m concerned! 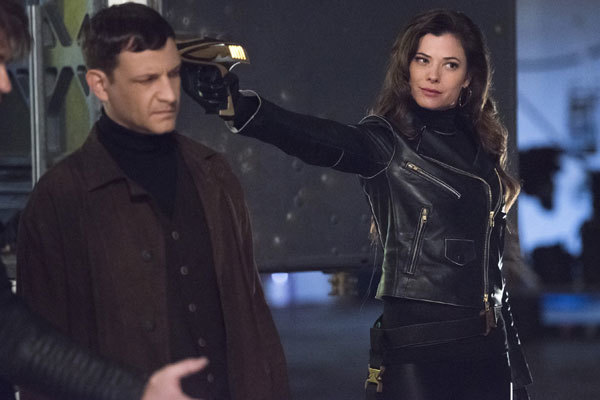 Unfortunately, this storyline didn’t jive very well with the rest of the episode, which felt a little bit heterogenous with the rest of the narrative. Eddie predictably reacts badly to being shown the future by Wells, even after he is rescued from the basement of S.T.A.R. Labs. Seriously? Barry didn’t think to look there?! Anyway, he breaks up with Iris, and that’s that. It just felt like the closing chapter of an inevitably doomed romance, and this attempt at drama didn’t really satisfy.

Likewise, the much-touted team-up between Flash, Firestorm and The Arrow felt like a disappointment. The action scene that unfolded at the episode’s conclusion with these three against Wells was pretty good, but it was also wrapped up pretty tidily and quickly, especially considering that Oliver somehow snuck out of Nanda Parbat to help Barry at just the right moment, while getting some convenient speed-disabling nanites from Ray Palmer to load his arrows with, and then disappearing quickly enough to get back before Ra’s Al Ghul even noticed he was gone. Seriously? That’s pretty far-fetched if you ask me, and it seems like another instance where the writers of The Flash and Arrow didn’t perfectly work out their timelines of events, unless Oliver’s crew has been knocked out in their cell for days, maybe weeks on end, with the League of Assassins never even attempting to dispose of the bodies, or noticing that they’re clearly not decomposing. Plus, that still wouldn’t explain how Oliver got those nanites from Ray, since he’s unconscious with everyone else at present, and, urgh! Whatever. Like I said, something’s not adding up with The Flash and Arrow’s latest story crossover.

In the end, “Rogue Air” was a bit of a stumble after the enormously positive momentum that The Flash has continued to enjoy in its lead-in to next week’s season finale. Captain Cold remains one of the best villains on this series, second only to the Reverse Flash himself, and it’s always a pleasure to see him, but the episode’s disjointed storylines didn’t really flow together very well, and that’s before the timeline issues presented by The Arrow conveniently bailing Barry out of his doomed confrontation with the Reverse Flash, along with Firestorm. Still, hopefully this is just a minor setback before a satisfying season finale.

The Flash 1.22: "Rogue Air" Review
The Flash stumbled a bit with its penultimate episode of Season One, presenting a good idea with somewhat shaky execution, which gradually undid the impact and logic of the narrative as it went on.
THE GOOD STUFF
THE NOT-SO-GOOD STUFF
2015-05-13
74%Overall Score
Reader Rating: (0 Votes)
0%