NOTE: Full spoilers for the third season finale of Arrow are present in this review

Arrow’s League of Assassins conflict that’s been spread out over the course of Season Three just never adequately felt like it came together quite right. Never was that more apparent than in the show’s season finale, “My Name is Oliver Queen.” It was a disappointing conclusion to an already clumsy saga, centered on a villain that didn’t even belong to Green Arrow’s Rogues Gallery in DC lore.

The finale hits all of the expected beats that fans would expect, not really incorporating any real surprises, so that makes it predictable on top of being anticlimactic. Despite The CW teasing a major character death for the third season finale, I’ll tell you right now that it doesn’t happen. All of the major heroes live to fight another day, as do Merlyn and Nyssa. The only death is exactly the one you expect, given that Season Four will be starting a new conflict. 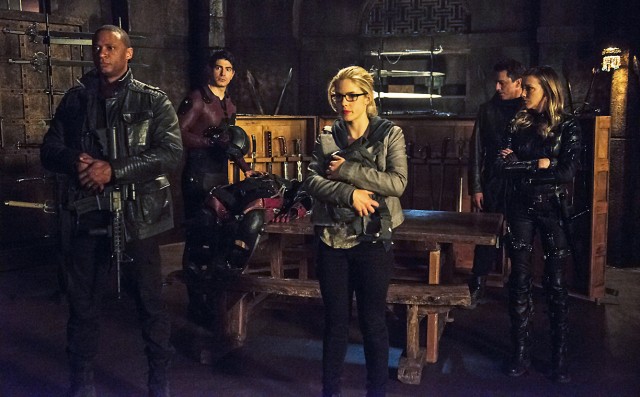 In any case, the finale begins with the League of Assassins’ endgame coming into play. First however, we have Oliver’s crew waking up in the dungeon of Nanda Parbat, unaffected by the release of the Alpha/Omega bioweapon. Turns out, Merlyn inoculated all of them by subtly placing strips of vaccine on their arms, though this doesn’t quite explain why they were all knocked out.

Even less explicable is the fact that Barry Allen himself somehow runs all the way to Nanda Parbat, locates the group effortlessly, and then bails them out. It’s cool to have a Grant Gustin cameo, as always, but this is literally all we get of The Flash for this season finale. Barry even makes a weak excuse to Felicity as to why he can’t help save Starling City from its impending doom, simply because he’d rather grill Wells, which will be the subject of The Flash’s season finale next week. Seriously?! What a dick! Barry suddenly ignoring an entire city’s plight feels very out-of-character, not to mention selfish, on top of completely ignoring the big lesson from this week’s episode of The Flash too! Not cool, writers…

Oh, and Tatsu decides that she can’t be bothered either. She says that she must return to her life of solitude, and again, like Barry, pretty much decides that she simply can’t be arsed with saving lives. Our heroes, ladies and gentlemen… 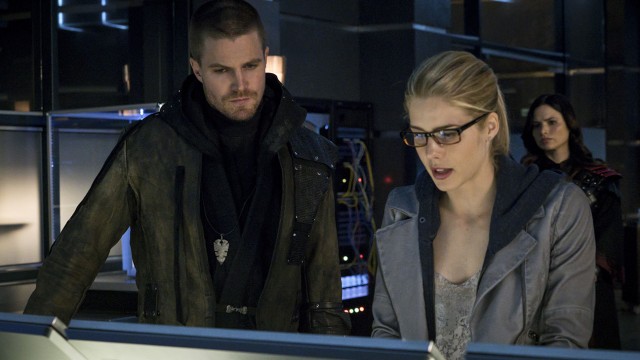 At the very least, Oliver finally takes a stand against Ra’s Al Ghul as the plane ferrying the League agents approaches Starling City, apparently taking a nap until the city’s doom was upon it. Again, our heroes, ladies and gentlemen… Anyway, Oliver at least finally drops the act and takes on Ra’s, who manages to get away via parachute, leaving Oliver and Nyssa to crash land the plane. Naturally, the virus is missing as well.

Oliver and Nyssa return to the group’s base in Palmer Technologies, where Oliver faces the judgment of his peers, including a hearty punch in the face from Diggle. Oliver then tries to get everyone’s game faces on however, as the virus is imminently about to be deployed in Starling City. This includes urging Laurel to get in touch with her father, who is still mad at her, and, oh, he’s drinking again. Wait, what?! Since when?! Arrow, you can’t just cram that massive development at the very end of the season. Predictably, it amounts to nothing as well, since Laurel and Felicity eventually manage to talk Captain Lance into putting the bottle down, and rallying the police to stop the bio-weapon. Was he going to just let the city be destroyed out of spite otherwise? 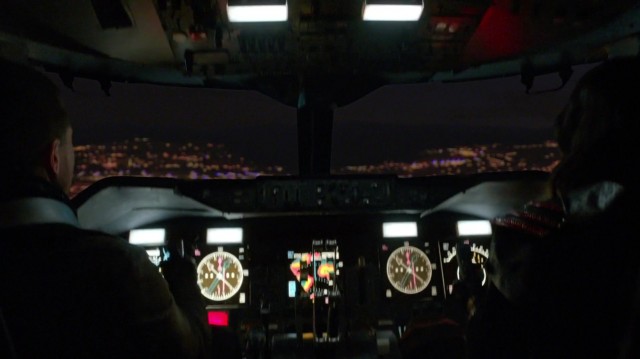 This is the point where the season finale does actually manage to become exciting. The reveal that four League agents have to spread the infection by cutting themselves is pretty alarming, and it also gives us our first look at Thea’s heroine persona, fully donning Roy’s jacket and mask as the official new Speedy. Willa Holland looks pretty sharp in the Speedy threads, when she already looked pretty good under that simple black hood from before. It’s just too bad that her Speedy couldn’t properly debut in a better episode, and boy that’s tough to say about a season finale.

We also get our final battle between Oliver and Ra’s, which the police decide to nose into with a sniper ready to take them both out, without announcing themselves!! That’s before one wonders why the police are hanging out at some remote dam, when the entire city is facing a terrorist attack. That is not how the police work!! Worse still is that the aggressively by-the-book Captain Lance just lets this happen, which is extraordinarily out-of-character. In a season finale packed with lazy writing, this was one of the worst instances of it.

The duel is pretty good, and again, it makes for one of the finale’s better moments, as Oliver and Ra’s duel to the death atop a dam. Oliver manages to run his sword through Ra’s in the end though, killing the League leader, and that was the big death that the showrunners brought up. Yep… Well, the celebration doesn’t last long, as the idiot police sniper shoots The Arrow just because he’s in a different outfit, with Oliver plunging down the dam, in a capital moment of SCPD stupidity.

Oh, but don’t worry though, Oliver’s fine. His League garb naturally protected him from a high-powered sniper bullet, so he just returns to the base later, like nothing happened. Because that’s how that works when you fall hundreds of feet down a dam after being shot by a sniper rifle, armour or not. 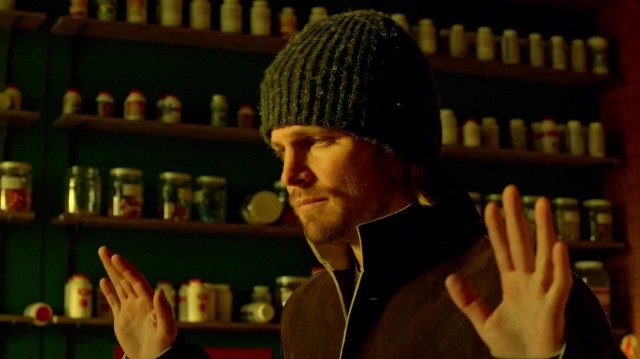 Already, the show sets up the interesting Season Four conflict against H.I.V.E., with evidence that the League was also trying to take out Damien Darhk with the virus, and naturally failing, with Darhk still at large, and probably being spooked out of the woodwork now. So, what does Oliver decide to do with this looming threat on the horizon? Abandon his Arrow identity and run away with Felicity, of course! Felicity also quits her job at Palmer Technologies, and Diggle completely forgets about the fact that he told Lyla that he was quitting the team a few episodes ago. I don’t even have words for how awful this all is, especially with the fans already being well aware that Arrow is getting a fourth season, and that’s before Oliver Queen’s role in crossovers like with Legends of Tomorrow.

There’s yet another death fake-out afterward as well, when Ray triggers a new nanite element in his suit that blows up a good chunk of his building, and seemingly kills him. If you’ve seen the recent trailer for Legends of Tomorrow that was released the very next day however, you know that Ray simply shrunk, as The Atom does in DC lore, and that he’s very much alive, so, that was pointless.

Lastly, in the only satisfying turnout of the lot, Oliver hands Merlyn leadership of the League of Assassins, with Nyssa forced to bow to him, even when she announces her intent to try and kill him. Still, Merlyn is more powerful than ever, and with Ra’s dead, his blood debt is erased. At least one character came out of this farce on top for Season Four…

Even the flashbacks just thoroughly don’t care in this finale. All they detail is Shrieve getting finished off, Maseo leaving, and Tatsu and Oliver going their separate ways after Akio is cremated. That’s it. They serve no purpose, and for the umpteenth time this season, they just needlessly get in the way of the narrative pacing. 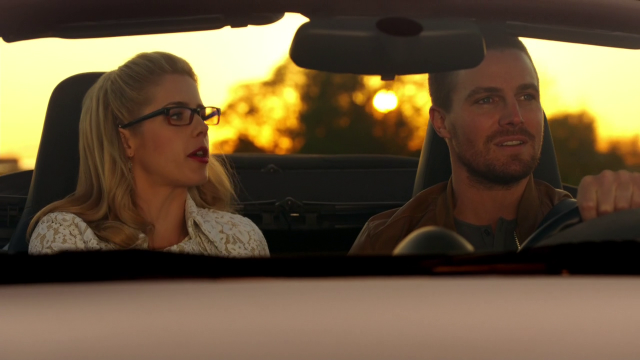 Wow… Never could I have imagined Arrow face-planting so badly at the finish line of Season Three. It’s clear that the writers had no exit strategy with their ideas this season, and ran out of episodes to realize the true scale of the League of Assassins storyline, especially when it came time to cross over with The Flash more than once. This season finale was packed with lazy, contrived writing, and in contrast to The Undertaking from Season One, and especially the phenomenal Deathstroke Army from Season Two, the League of Assassins endgame feels like an embarrassing misfire.

There are some solid developments to come from this finale, namely Merlyn now leading the League of Assassins, and Ray finally perfecting his shrinking ability as The Atom, but the show is just insulting our intelligence when it pretends that Oliver and Felicity are going to abandon the hero’s life and just drive off into the sunset together. Again, if you saw the trailer for Legends of Tomorrow that debuted the very next day, or simply know that Arrow is getting a fourth season, this is entirely pointless, and it’s a heavily transparent fake-out!

I’m still really looking forward to Season Four, especially with H.I.V.E. as the new Arrow baddies, but rather than get an exciting climax to cap off the season, “My Name is Oliver Queen” instead delivered the sense that a shaky season is finally being put out of its misery. Arrow, you’re better than this. Way better. Please don’t forget that next season.

Arrow 3.23: "My Name is Oliver Queen" Review
Arrow's third season finale was an incredible disappointment, packed with lazy, contrived writing, and a huge sense of being anticlimactic. At the very least though, it lays some decent promise for Season Four.
THE GOOD STUFF
THE NOT-SO-GOOD STUFF
2015-05-14
58%Overall Score
Reader Rating: (1 Vote)
60%