NOTE: Spoilers from throughout The Big Bang Theory’s eighth season are present in this review

At the conclusion of Season Seven, The Big Bang Theory really looked like it was starting to hit a wall. The jokes were becoming recycled. The characters mostly felt like they were going nowhere interesting. The scenarios had started to become overly familiar. It honestly appeared to be the beginning of the end for The Big Bang Theory, at least in terms of quality assurance, which was why CBS’ automatic renewal for three additional seasons through to Season Ten was a bit worrying.

Fortunately, Season Eight did what was mostly a surprisingly wonderful job of injecting some great new life into this aging sitcom. It was a hefty improvement over the weaker Season Seven, presenting fresher ideas, better jokes, and some surprisingly bold character developments. Sure, some episodes here and there were duds, but most of the season was actually pretty great, and justified The Big Bang Theory still going strong, eight years later. 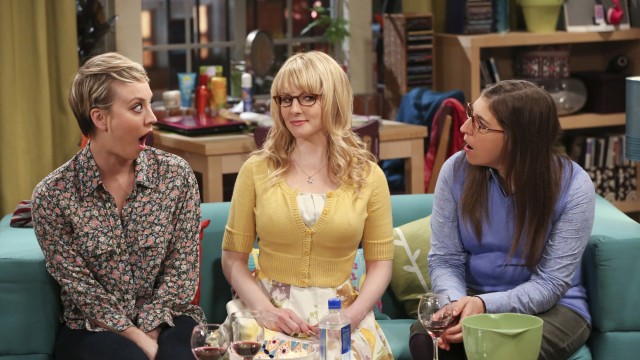 This is all the more surprising when one considers some of the roadblocks that the season ended up hitting. Production was delayed from the start, after the actors re-negotiated new salaries and schedules, and from there, Carol Ann Susi, who played the off-screen voice of Mrs. Wolowitz, tragically passed away halfway through the season. Rather than re-cast Mrs. Wolowitz, the showrunners made the bold decision to kill off the character as well, resulting in some midseason modifications that felt hit-or-miss, even if it couldn’t be helped. Likewise, Mayim Bialik ducked out of the season’s final few episodes before the season finale, on account of her own father passing away. That also hurt several storylines, even if, again, it couldn’t be helped.

Still, even with the odds seemingly against it in so many respects, Season Eight comes out all the more on top, since it provided so much entertainment, despite its struggles. It also finally had Leonard and Penny working towards their inevitable marriage, even if that was swept under the rug for most of the season.

If anything, it was actually Sheldon and Amy that made the biggest leaps forward in Season Eight, which made the tragic final scene of the season finale where Amy re-evaluates whether she wants to continue dating Sheldon feel all the more sad. Sheldon finally told Amy that he loved her this season, finally got comfortable with kissing her, and at the end of the season, he even pulled out an engagement ring. Despite Sheldon often seeming so detached and uncaring, it was remarkable to see him make some serious strides with Amy, even as the rest of the group somewhat failed to notice and appreciate it. Even Amy herself seemed oblivious to Sheldon nervously struggling with the idea of proposing to her, with the season finale ingeniously using Sheldon asking about committing to a television show as a masked way to ask whether it’s realistic to commit to a woman. Jim Parsons had one of his best seasons yet, and it’s amazing to see that a gag character like Sheldon can still carry some serious emotional weight, even now. 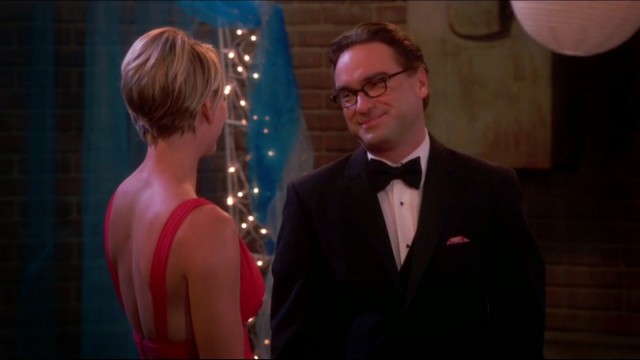 On the flip side, Leonard and Penny got some good moments, but they largely felt overshadowed by the big developments with Sheldon, Amy and Howard especially. That proved a bit surprising, since the two have finally gotten engaged. In fact, the show intentionally didn’t really bring up their engagement in any serious capacity until the season finale, where the two get called out for dragging their feet. It’s just too bad that the whole idea of them having an impromptu Vegas wedding ended abruptly, no doubt saving itself for Season Nine’s premiere in the Fall.

More overshadowed however was Raj and Emily, with The Big Bang Theory seeming to remember or forget Raj’s relationship status at random, depending on what the week’s episode was about. Again, these two made no real strides until the season finale, when Raj decides to try and break up with Emily, and then wimps out. Surprisingly, Raj’s parents had more memorable moments than Raj himself often did, since they divorced this season, and we finally got to see Raj’s father at least in the flesh for the Christmas episode. Raj felt short-changed this season if I’m being honest, and felt as if he was the one saddled with perpetuating hijinx while the other characters were forced to mature and grow in his stead. Hell, even Sheldon grew up quite a bit this season, and Sheldon is another character that is often meant to be a gag catalyst in any given episode. 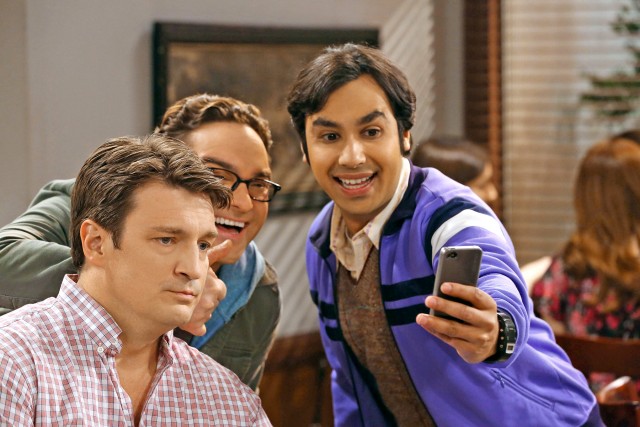 Of the characters achieving growth however, Howard was charged with the most maturing, due to his mother dying immediately after her move away. Howard and Bernadette thus inherit the house, along with Stuart, who they can’t seem to get rid of. I was glad to see the show re-open the comic book shop, since it felt like a traditional set piece whose absence was really felt after it was gone, but it felt like the whole Stuart conflict was firmly in the background, due to all of the emotional elements that went on with the loss of Mrs. Wolowitz.

Still, like Jim Parsons, Simon Helberg had one of his best seasons yet as Howard in Season Eight. This character has truly come a long way from his humble beginnings, and like Parsons, Helberg allowed Howard to be both outstandingly funny, and surprisingly dramatic at the same time, without missing a beat. Likewise, Melissa Rauch was a great simultaneous foil and support system as an ever-assertive Bernadette, though I must confess that Season Eight’s odd running gag of Bernadette being terrifying didn’t consistently work. It also became a bit too dependent on Howard being under his wife’s thumb here and there, even given Howard’s bold developments forward otherwise, to the point where the joke got pretty old by the time the season was winding down. Maybe Season Nine should change up the household dynamic of Howard and Bernadette a bit, similar to the tweaks made to Leonard and Penny’s Season Eight dynamic. 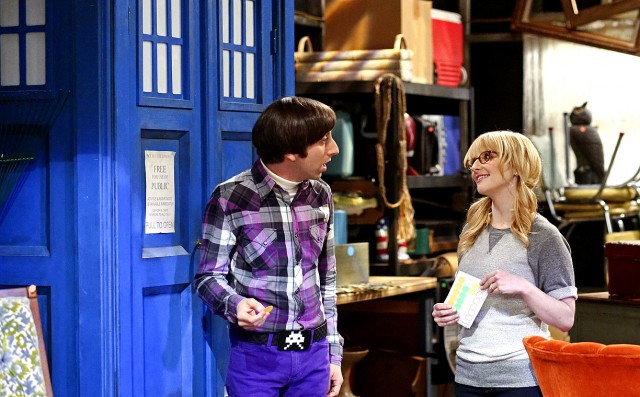 Beyond the leads, we got some superb guest stars in Season Eight, between Nathan Fillion, James Earl Jones, Kevin Smith, and more, all of which had some great moments. The only questionable one was Billy Bob Thornton, who was playing a stereotype that might have hit too close to home for some socially awkward geek viewers. Naturally, returning favourites like Wil Wheaton, LeVar Burton and Dr. Stephen Hawking were also a delight, enjoying the greater momentum of an all-around better season than the previous one. We also got a long overdue introduction between Christine Baranaski’s Mrs. Hofstadter, and Laurie Metcalf’s Mrs. Cooper, and naturally, this was one of the most hilarious conflicts to come up all season.

As for the storylines, they effectively introduced more grounded, dramatic material for the most part, and that’s a big part of why Season Eight’s highlight episodes worked. Sure, they botched it every so often, like in the underwhelming “The Leftover Thermalization” for example, but most of the plots were really inspired. “The Prom Equivalency” was an excellent showcase of how much each character has grown thanks to each other’s help. “The Champagne Reflection” presented a superb way to have the guys confront the possibility of the their fields yielding no scientific breakthroughs in their lives. Penny re-evaluates her new career-driven direction in “The Fortification Implementation.” Between those and other examples, Season Eight delivering more mature, bold storylines is what led to the season having far fresher and more engaging comedy and drama than it’s had in years! 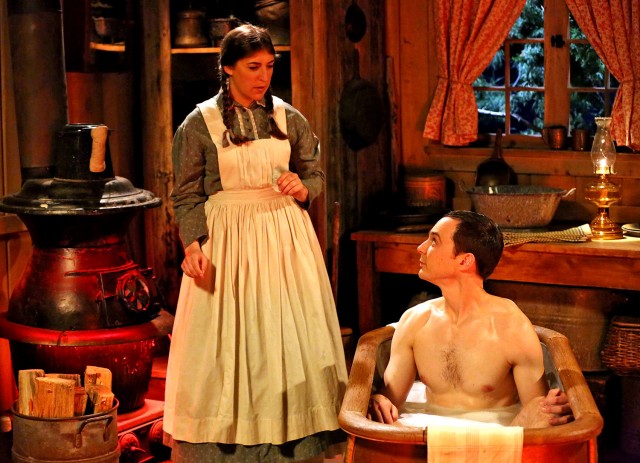 The Big Bang Theory has defied its age in Season Eight, reminding us of why this sitcom is so beloved, and currently stands as the most watched comedy series on television. I hope that Season Nine continues to build on the characters with more bold, controversial developments, not always presenting happy storylines, but somehow managing to find the happiness and humour even then, much as Season Eight often did.

The Big Bang Theory: Season Eight Review
The Big Bang Theory got a new lease on life with the fresh and entertaining Season Eight, spurring some surprising growth on account of the leads, and compensating for its few weak episodes with lots of well-written, funny and surprisingly heartfelt storylines.
THE GOOD STUFF
THE NOT-SO-GOOD STUFF
2015-05-15
85%Overall Score
Reader Rating: (2 Votes)
88%