iZombie is rushing toward a very exciting season finale at this rate, with “Astroburger” being yet another winning episode that ingeniously plays with audience expectations.

This week’s murder victim is Major’s very own chess buddy and zombie whistleblower over at the mental institution that Major decided to take a short vacation in. It initially appears that the man committed suicide by slitting his wrists in a bathtub, though Liv quickly deduces that it’s murder, since the shade of the water isn’t a deep enough red, suggesting that the wrists were slit after the victim had died. This leads to an investigation of the asylum, with Major continuing to end up on the bad side of Detective Babineaux’s suspicions at first. 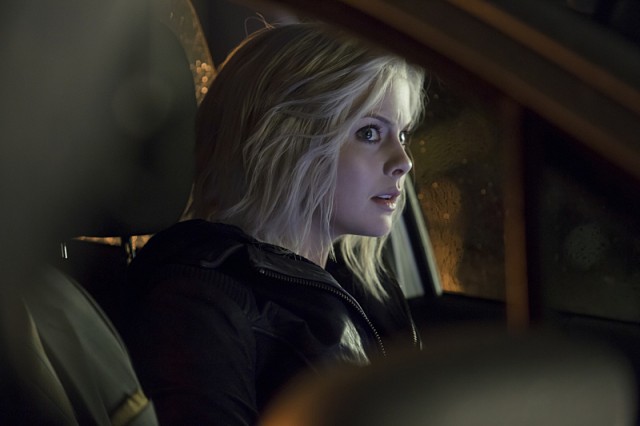 What’s truly inventive about iZombie, among the zillions of things that are truly inventive about iZombie, is the fact that the show finds lots of creative hurdles for Liv to endure as she eats new brains, even towards the end of the first season. This time, seeing as her victim was in a mental institution, Liv must eat ‘crazy brain’, which results in her seeing paranoid hallucinations.

Said hallucinations injected a lot more levity into the show this week, compared to last week’s rather dark and dramatic episode. Liv continually hallucinates about a cartoon devil, providing colourful commentary to her thoughts and actions as she interacts with the other characters. Amazingly, the show stopped short of feeling like it was making fun of the mentally ill, though it felt like Liv’s latest brain was definitely slanted mostly towards comedy, even if the brain moved to some more shocking dramatic territory later in the episode.

Contributing to the levity was Liv having to re-team with sketchy weatherman, Johnny Frost, whom you might remember from the very first episode. Apparently, the victim was Johnny’s pot dealer, and Johnny may just be the ally to have as Liv goes nosing into his personal history, in order to find out who killed him. With Johnny’s help, Liv discovers quite the conspiracy going on at the asylum as well, including that one of the orderlies is stealing from the patients, though said orderly later claims that he only steals the items of dead patients. As if that’s any better. 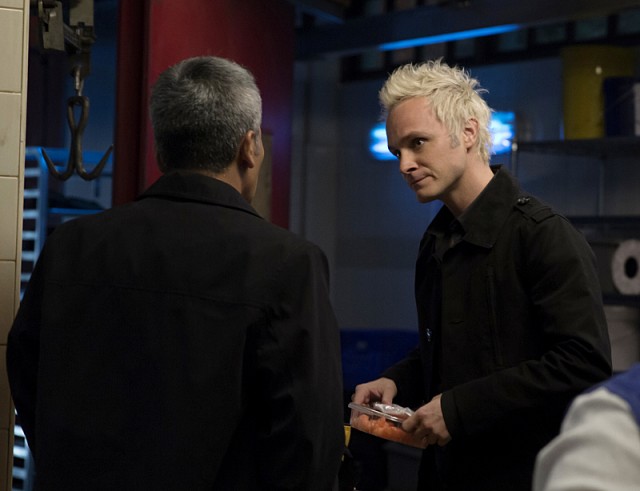 A pretty big moment was had this episode shortly afterward as well, with Major checking himself out of the asylum, and later kissing Liv in her apartment, asking why they can’t be together. Liv then tearfully confesses the truth to Major, about how zombies exist, how the men he’s been pursuing are zombies, and how Liv herself is a zombie, and that’s why she called off the wedding. Surprisingly, Major is alright with all of these revelations as well, which feels pretty satisfying. It’s about time that Liv finally confessed the truth to Major, since he was clearly starting to put all of the pieces together anyway…

… Or so we thought. Apparently, this whole event with Major took place inside Liv’s head, still addled with the hallucinations of crazy brain. Oh, come on! Not only that, but Johnny Frost was also revealed to be a hallucination that Liv entirely dreamt up. He does however give her the combination to the victim’s phone, which nets her a first-hand video account of the boat party’s carnage, including Liv ravenously feasting on a body, presumably before she dropped, and woke up in the body bag. Yikes…

As frustrating as it was to have yet another Major fake-out, the idea of tricking the audience with Liv’s paranoid delusions was incredibly clever. Daran Norris’ hilarious performance as Johnny further distracts to great effect this week, since we’re so busy accepting the craziness of Liv’s situation that we don’t bother to question it. It’s another instance of this show experimenting with its storytelling, and achieving something really impactful and memorable in its creativity, even considering that most of this series is pretty light-hearted. 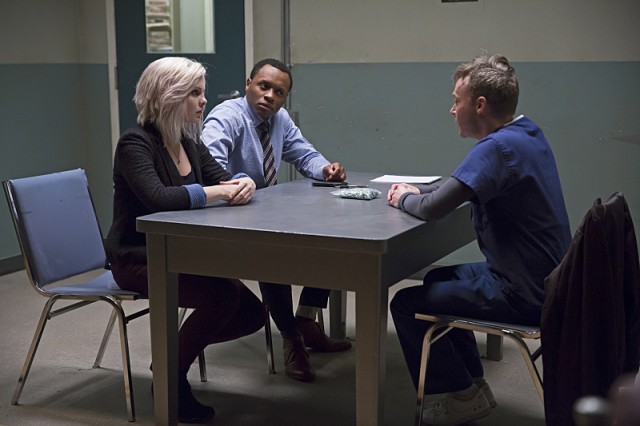 In any case, the murderer, a doctor that the victim was secretly having sex with, apparently not the same person as a red herring patient that he was also having sex with (seriously, this guy must be a hell of a ladies’ man, considering that he’s not much to look at!), is caught, and apparently pregnant with the man’s child. It’s a bit far-fetched, but hey, whatever. This is another episode where the mystery-of-the-week didn’t seem to matter as much as what was going on in the background.

The background was also quite bountiful with Ravi, who follows up on Liv’s renewed assertion about killing Blaine. Following Babineaux’s captain telling Blaine to investigate his morgue girl, Blaine visits Ravi, with Ravi appearing to concoct a poison to kill him. Blaine tries to make Liv drink it as well however, and it’s another botched murder attempt. Still, it’s a fair point that Liv can’t realistically determine what poisons may do to a zombie, if they already can’t be killed by bullets to the chest, or high falls.

As the episode winds down, Ravi also discovers that his zombie rat has now apparently gone back to normal. Looks like he’s closing in on a cure for the zombie affliction. This should be an especially exciting development to have as the season’s final two episodes play out, especially as the heat on both Liv and Blaine continues to build. 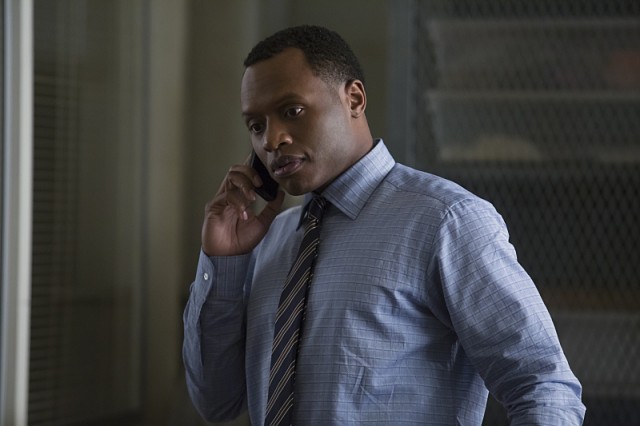 “Astroburger” continued the seemingly never-ending hot streak of awesome episodes for iZombie, which continues to stand alongside The Flash as The CW’s best new series from this season, even considering that it debuted midseason. The final two episodes of Season One are sure to be incredibly exciting, especially with the zombie epidemic possibly not being an epidemic for much longer.

iZombie 1.11: "Astroburger" Review
iZombie ingeniously played with audience expectations in one of its best brain challenges yet in this week's episode, particularly as the cure for zombieism now appears to be in the reach of Ravi.
THE GOOD STUFF
THE NOT-SO-GOOD STUFF
2015-05-27
91%Overall Score
Reader Rating: (1 Vote)
92%