Well, it’s progress. Capcom has at long last confirmed that a new Mega Man game is in development, and is not far from release!… The flip side however is that it’s a collection of ports, not an all-new game. 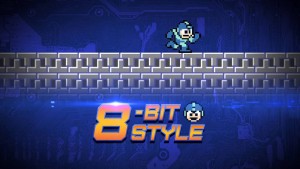 Still, for what it’s worth, Capcom has drawn back the veil on Mega Man Legacy Collection, which will bundle together the first six classic Mega Man games, all originally released for the NES between 1987 and 1993. The six games will be presented in the same 8-bit style, though will also be given a layer of HD polish, albeit still apparently presented in 4:3 aspect ratio, not modern 16:9 Widescreen. The compilation will also include an all-new Challenge Mode, which will remix certain sections of the game to task players with testing their skills in all-new ways (similar to the challenges offered in Nintendo’s NES Remix games), along with a Museum option to view hi-res concept art and other such visual assets from all six games.

This announcement may underwhelm some enthusiasts of the Blue Bomber, since Capcom released the Mega Man Anniversary Collection on the Nintendo GameCube and PlayStation 2 in 2004, later expanding it to the Xbox in 2005. This compilation not only included the six NES Mega Man games, but also Mega Man 7 and Mega Man 8, along with two previously Japan-exclusive arcade fighting games, Mega Man: The Power Battle and Mega Man 2: The Power Fighters. It also contained a larger array of extras, including adjustable difficulty, optional hints and tips, remixed music, an episode from the Ruby-Spears Mega Man animated series, and, yes, art to look at.

Still, Mega Man Legacy Collection will not be a full retail offering, and will instead release on digital channels. It will initially launch on digital storefronts for PC, PlayStation 4 and Xbox One as soon as this Summer, also adding achievements/trophies to the six classic Mega Man games for the first time, and the ability to directly stream gameplay using the consoles’ built-in Twitch app. The compilation will also release on the 3DS eShop towards the end of this year, which is a bit curious, since all six NES Mega Man games are already available to download from the 3DS Virtual Console selection for just $4.99 each. It’s possible however that the bundle will be sold for a slight discount over the otherwise $30 price demand of buying each NES Mega Man game individually for your 3DS/2DS, and may contain other bonuses, like a potential 3D effect, to compensate for the expected lack of high-definition graphics on Nintendo’s handheld. 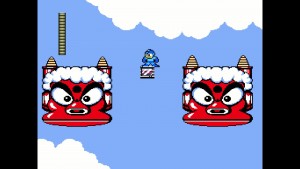 Mega Man Legacy Collection will be the sole previously-unannounced offering at Capcom’s E3 2015 booth in a couple of weeks at this point, where it will be playable on the show floor. Capcom has also confirmed that their E3 booth will feature playable builds of the recently-announced Resident Evil Zero HD, along with fellow remaster, Devil May Cry 4: Special Edition. Street Fighter V will also get its first major showcase at this year’s expo, with a tournament stage, and an opportunity to take photos with the game for E3 attendees.

As depressing as it sounds, Mega Man Legacy Collection is the first all-new Mega Man game release, not counting Virtual Console re-releases on Nintendo’s platforms, in almost half a decade, after a multitude of in-development Mega Man game projects ended up being cancelled by Capcom, including the oft-demanded Mega Man Legends 3. Despite this however, Mega Man did end up joining the roster of fighters in Nintendo’s duo of mascot crossover brawlers, Super Smash Bros. for Nintendo 3DS and Super Smash Bros. for Wii U, complete with getting his own (rare) Amiibo figure. Capcom is also planning something of a re-launch for the Blue Bomber in 2017, which will mark his 30th Anniversary, spear-headed by an all-new animated series.

Fortunately, Mega Man‘s creator, Keiji Inafune, is also keeping the spirit of his beloved creation going with his indie game studio, Comcept, which will release spiritual Mega Man successor, Mighty No. 9 across every major gaming platform, starting on September 15th. Mighty No. 9 currently stands as one of the most successful Kickstarter-funded indie games, amassing over four times its $900,000 asking price by the time its crowd-funding campaign closed. Comcept also released a spiritual successor to the Mega Man Zero games that is already available on the 3DS eShop as well, Azure Striker Gunvolt, which has a sequel in development, and received a solid ratings score from us.

Keep attacking Eggplante for all news and updates on the Mega Man series.