Universal appears to have stumbled upon one of their biggest surprise hit comedy franchises in quite a while with acapella-themed female-driven series, Pitch Perfect. With Pitch Perfect 2 currently making a killing in theatres on its meager $29 million budget, now grossing over $250 million worldwide, Universal has now given the green light to the long-rumoured Pitch Perfect 3. 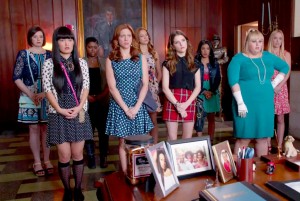 This might come as a surprise to some, considering that Pitch Perfect 2 deals heavily with the Barden Bellas graduating from university and going their separate ways. Still, it appears that the plan is to make a trilogy capper for the original crew, before handing the franchise over to Hailee Steinfeld, who debuted in Pitch Perfect 2 as new Bella recruit, Emily Junk. After the surprise success of the first movie, Universal signed Steinfeld for multiple sequels, though doesn’t have a current contract option for the original stars of the series, namely Anna Kendrick, Rebel Wilson and Brittany Snow.

The studio is apparently trying to negotiate new deals with both Kendrick and Wilson at the very least, to get them back for at least one more go-around in Pitch Perfect 3. It’s also up in the air as to whether the studio may want to coax back Elizabeth Banks to the director’s chair as well, though quite likely, with Banks starring in both Pitch Perfect movies as commentator, Gail, and directing the sequel, to much acclaim as a new helmer. One thing that is confirmed however is that Kay Cannon will yet again write the script for the third movie, after also penning the first two.

Pitch Perfect 2 has been even better-received in reviews and community acclaim compared to the already warmly-received first movie from 2012. Even we loved it, awarding it a lofty 91% score in our own review, where we praised its seemingly definitive climactic storytelling for the Barden Bellas, along with its great performances, fun soundtrack and sharp sense of humour. 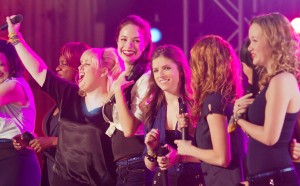 Pitch Perfect 3 is currently without a release date, though it will likely release in either 2017 or 2018, given Universal’s usual comedy schedule.

Keep harmonizing Eggplante for all news and updates on Pitch Perfect.