Rare has seen something of a diminished presence in recent years over at Xbox. Fortunately, that came to an end during Microsoft’s E3 2015 press briefing, where the company had not one, but two all-new games to announce! 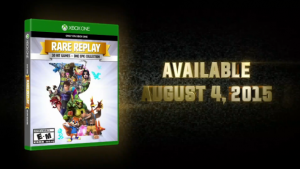 The first of these games was something that should no doubt please literally every Rare fan across the globe. Why? Because it includes thirty Rare games from the company’s history, from the company’s humble beginnings in vintage arcades, up to their more recent hits on Xbox 360. Rare Replay will launch both at retail, and digitally on the Xbox One Games Store.

Among the many games included are: Battletoads on NES, Perfect Dark on Nintendo 64, Banjo-Kazooie on Nintendo 64, Conker’s Bad Fur Day on Nintendo 64, Kameo: Elements of Power on Xbox 360, Viva Pinata on Xbox 360, and more! Naturally, the collection doesn’t include every last Rare game in existence, as some, like Goldeneye 007, are barred by licensing issues, while others, like the various Donkey Kong Country games, obviously have their franchise rights owned by the company’s former majority stake holder, Nintendo.

Best of all is that Rare Replay is coming very, very soon as well. It will launch on August 4th, 2015, and will cost a reduced $29.99 USD. This obviously represents outstanding value for Xbox One owners with a taste for retro gaming! 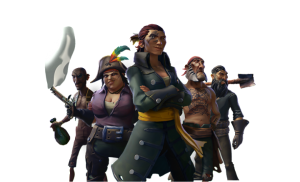 The second new Rare announcement was an all-new IP, called Sea of Thieves. Billed as the most large and ambitious Rare project ever attempted, Sea of Thieves takes place in a stylized, cartoon-ish pirate universe, with players embarking on a shared, pirate-themed adventure. Sea of Thieves is light on details at present, though Rare claims that the first-person online adventure game will be all about exploring a jungle, amassing allies, taking on foes, and hunting treasure. Sea of Thieves will release on both Windows 10 PC’s and Xbox One, for Holiday 2016.

Keep salvaging Eggplante for all news and updates on high-profile Rare projects.