Right as E3’s pre-show kicked off today, Telltale showed up on YouTube’s feed to make a surprise announcement, related to their highly successful series of point-and-click adventure games inspired by The Walking Dead. While many fans expected a full unveiling of The Walking Dead: Season Three, which is believed to be planned for a debut in 2016, Telltale instead revealed something entirely unexpected; A three-episode miniseries offshoot of The Walking Dead: Season Two, starring none other than fan-favourite character, Michonne! 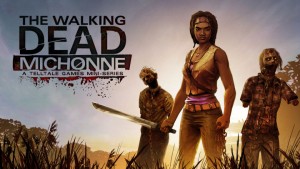 While story details are predictably very light for now, the miniseries is said to involve filling in the details of Michonne’s mysterious journey from between issues #126 and #139 from the The Walking Dead comics. Apparently, other noteworthy characters from the comics will appear, with Telltale promising that the miniseries will explore what took Michonne away from her trusted crew of Rick, Ezekiel and the rest.

This is quite noteworthy, since, unlike just about everyone else in Telltale’s The Walking Dead games, Michonne is actually a character not only in the original The Walking Dead comics, but also an especially beloved personality on AMC’s highly successful TV series adapted from said comics. where she is portrayed by Danai Gurira. As Telltale’s The Walking Dead games take place in the universe of the comic books, not the TV series however, this incarnation of the character will not be Gurira’s, but the one from the printed panels, who has actually been running with the crew of protagonist, Rick Grimes for about a decade. 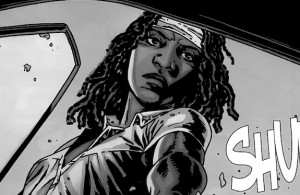