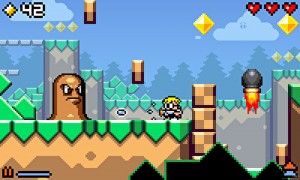 Nintendo is continuing to allow those unable to attend E3 to get a slight taste of the show at home this year, thanks to their offering of select chances to try out Super Mario Maker at participating Best Buy locations in North America. If you want a little more though, and you both like indie games and own a Wii U, Nintendo’s got another treat in store.

For E3 week only, starting today, and going to June 22nd at 9:59 A.M. PST/12:59 P.M. EST, players will be able to download and sample demos for nine unreleased Wii U indie games, directly to their console. Those trying out the demos will also score a free 15% discount on the final games for up to a month, when they do see a full public release as well.

The nine ‘Nindie’ games that Nintendo is offering temporary E3-flavoured demos for, are:

You can inquire about details and release windows for each indie game on Nintendo’s official website, and on the Wii U eShop. Remember as well to keep booting up Eggplante for all news and updates on E3 2015, and Nintendo.