UPDATE 2: After Shenmue III started shattering Kickstarter records, Sony spoke a bit about why they announced the game’s Kickstarter at their own E3 conference. Apparently, Sony has pledged to help fund and distribute Shenmue III, and specifically approached Yu Suzuki at a conference to help him put together the Shenmue III Kickstarter. This makes it likely that when Shenmue III does see release, it will be exclusive to PlayStation 4 in the console space, with a potential PC build as well, on account of Sony directly contributing to development. Sony also verified that the game likely won’t be ready until the end of 2017, at earliest, but with the Kickstarter still raking in a massive amount of money, at least we know that it’s happening now!

UPDATE: Less than twenty-four hours after its announcement, the Shenmue III Kickstarter is now fully funded, and shows no signs of slowing down. The game has currently raised just over $2.5 million out of an initial $2 million goal, with almost 35,000 backers, as of 5:00 P.M. EST. Looks like we’re not only getting Shenmue III, but we can also no doubt look forward to plenty of stretch goals as well!

Well, geez, if you didn’t believe in magic before, you certainly will after watching Sony’s E3 conference this year! 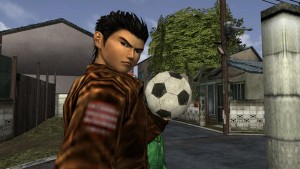 The PlayStation maker delivered not one, not two, but three seemingly impossible fan-demanded game projects before their keynote wrapped. After finally re-revealing The Last Guardian for PlayStation 4, and having Square Enix announce an honest-to-goodness Final Fantasy VII remake for PlayStation 4 (for real, this time), Sony pulled a happy little Japanese man named Yu Suzuki on stage. Does he sound familiar? He should if you’re a Sega enthusiast, as Suzuki is responsible for the cult hit series of adventure games, Shenmue, which was unable to complete development for its planned third installment, following Sega’s financial woes and subsequent acquisition by Sammy… Or that’s how it used to be.

Yes, Sony actually announced one of the biggest white whales in the history of the entire gaming industry, to go along with their other two this E3, that being Shenmue III! Shenmue III has been incessantly requested by fans for well over a decade, particularly after the previous Shenmue II ended on an unresolved cliffhanger, with the series left unable to continue. Finally however, Shenmue III has a chance at happening, with Suzuki announcing that the fate of the game is now in fans’ hands, as a Kickstarter page has just gone live for the project. Planned platforms aren’t listed, though it seems obvious that a PlayStation 4 build is at least on deck.

So, how did that go? Well, the rush of fans to back the project was so great that it briefly crashed the Kickstarter page, as a start. In a mere few hours since the page went live and briefly crashed under backing demand, Shenmue III has gotten nearly 20,000 backers, and has almost fully reached its $2 million funding goal, which it still has 31 days to meet. Something tells us that the game won’t have trouble with that objective, and will hopefully have some stretch goals, perhaps even HD ports of the first two Shenmue games to catch new would-be players up! 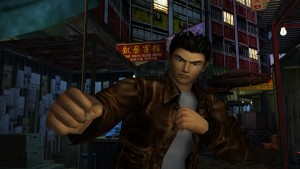 Combing elements of 3D adventure games, puzzle-solving and RPG elements in a real-world Japan setting, circa 1986, Shenmue originally began on the Sega Dreamcast, where it starred protagonist, Ryo on a quest to discover a sinister family secret. It’s since gone on to be one of the most expensive video games that the Dreamcast ever saw, despite an avid cult following, which was enough to have Sega green-light a sequel even after the Dreamcast, and Sega’s hardware division with it, ended up going under. This resulted in the original Dreamcast build of Shenmue II only releasing in Europe and Japan, with North America later only getting a port made for the original Xbox.

If you’re an enthusiast of narrative-driven games, or just outstanding games in general, then you may wish to back Shenmue III, as its two predecessors are sublime cult hits. In any case though, keep dueling Eggplante for all news and updates on Shenmue III.