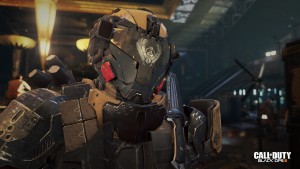 In the latest of many supreme surprises during Sony’s E3 keynote this year, the PlayStation maker announced that Activision had officially defected from Microsoft, after numerous years of the Call of Duty series making Xbox its flagship brand. Now, Activision and the Call of Duty series have buddied up to PlayStation instead, simply taking the platform-specific perks that were previously offered on Xbox platforms, and now giving them to Sony for Call of Duty: Black Ops III. This means that priority DLC releases and an exclusive beta for Call of Duty: Black Ops III will now be offered on PlayStation 4, instead of Xbox One, starting this year. Now, any new maps and other such content for the game will release first on PlayStation 4, before they come to any other platform weeks later, including Xbox One.

It seems a bit random that Activision would suddenly abandon their long-standing deal with Microsoft to shack the Call of Duty series up with Sony this year, though it might have something to do with another massively popular Activision IP, Destiny. Activision and Sony struck a deal to provide several incentives that were specific to PlayStation platforms in the case of Destiny, which also announced yet another new expansion at Sony’s E3 conference this year, still rendering several bits of content completely inaccessible to Xbox players. Seeing as Activision was repeatedly giving Microsoft’s platforms the shaft with Destiny announcements, marketing and PlayStation’s priority content, it’s possible that Microsoft may have decided to terminate their exclusive deal for the Call of Duty franchise, since Activision have clearly been playing favourites with Sony since the Destiny launch, and they might as well have Call of Duty too at that rate. That’s speculation, but the writing appears to be on the wall. 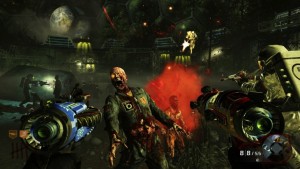 In any case, Call of Duty: Black Ops III comes to PlayStation 4, Xbox One, PC, PlayStation 3, and Xbox 360, on November 6th, 2015, with the game’s advertising campaign now no doubt shifting to primarily advertise the PlayStation 4 version over the Xbox One version. Keep shooting up Eggplante for all news and updates on the Call of Duty series.