With baited breaths, the gaming world has long awaited the arrival of Star Wars Battlefront footage from EA. At their conference Monday, the company delivered. 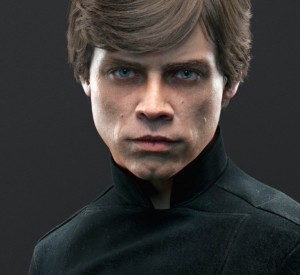 Two portions of the game were revealed, one of which was a portion of a mission played in co-operative mode, another a multiplayer battle that has elements of all the best games on the planet.

Of the two set pieces shown, the multiplayer was easily the most riveting, as it begins as a first-person shooter, then quickly evolves into a battle where the player controls a TIE Fighter, AT-AT, A-Wing, and eventually a lightsaber, playing as Luke Skywalker. And for series purists out there, no, it wasn’t one player the whole time; developer DICE strategically showed off the many ways that people can play in a single multiplayer experience.

This is the first time we’ve seen such a wide range of options in a multiplayer match at one time, and it will take a lot of tweaking and balance to pull something like that off. It currently looks like it might be a bit easy to hop into an AT-AT and wipe everything out on the map with a few well-placed blaster shots.

DICE has said that the experience is all made more authentic by capturing sound effects, models, and props used in the original cinematic trilogy. Doing so allowed them to get the game as close as possible to their vision of a true A New Hope through Return of the Jedi experience. 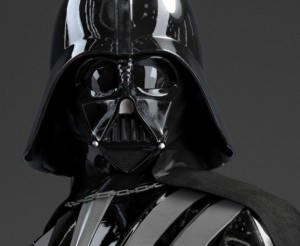 Having a lightsaber battle shown off in third-person multiplayer shows just how specific DICE is getting with their attention to detail. While the blaster sequences in the game are mainly first-person (save for some crouching and cover mechanics), it is important to have lightsaber duels with full view of the character, or the gravity of the weapon itself is lost. It’s also hard to show spins and lightsabers twirling in first-person, we reckon.

Other gameplay mechanics include speeder bikes and snow speeders, along with massive air-to-air combat in X-Wings and TIE Fighters, and even the Millennium Falcon.

The website for the game boasts “carefully crafted missions” for solo play or co-op, and of course, encourages players to “partner up with a friend in online multiplayer,” offering players the ability to share unlock able items and abilities with awesome teamwork to destroy that rebel scum or take out the Empire, whichever tickles your fancy.

Battle of Jakku is downloadable content coming to the game on December 8th, but a pre-order will net players access to the content a week early, on December 1st.

Gamers will have the chance to suit up as Darth Vader, Luke Skywalker, Boba Fett, and many other iconic characters in Star Wars Battlefront when it launches on Xbox One, PlayStation 4, and Windows PC on November 17, 2015.

Be sure to take a look at the multiplayer trailer above and a section of co-op gameplay below!