Considering that it’s the 30th anniversary of Super Mario Bros. this year, it should come as no surprise that Nintendo is wanting to heavily showcase their new Mario creation tool, Super Mario Maker. The game was brought up again during E3’s Nintendo Digital Event today, where it was confirmed to be releasing for Wii U on September 11th.

Super Mario Maker was utilized as the final challenge during this past Sunday’s Nintendo World Championships 2015, delivering an ultra-grueling gauntlet of custom Mario stages, designed to be as infuriating as possible by Nintendo themselves. John Numbers ended up taking the crown as Nintendo’s World Champion, defeating all four stage arrangements to beat out the other competing finalist, Cosmo. 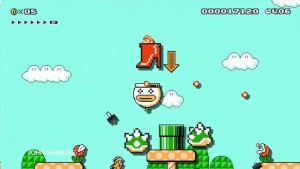 Keep designing Eggplante for all news and updates on Super Mario Maker.