Not long after NBC unveiled their Fall primetime TV lineup this week, The CW has quickly unveiled their own selection of Fall shows, and it probably won’t surprise people. This is because the network’s Fall TV lineup is largely the same as it was last season, with The CW barely touching their established programming lineup, beyond the move of former midseason show, iZombie to a full season order starting this Fall, following its huge surprise success last season.

The premiere dates for The CW’s Fall shows, which are starting slightly later than other networks in the first week of October, rather than late September, are as follows:

THE CW FALL 2015 PRIMETIME TV SCHEDULE AT A GLANCE:

Again, The CW’s Fall 2015 lineup is largely the same as before, with Crazy Ex-Girlfriend being the only new series for Fall. Containment and Legends of Tomorrow are the big new shows waiting in the wings for next season, alongside veteran series, The 100, though it’s unknown where they’ll fit in a schedule that’s seemingly this airtight. 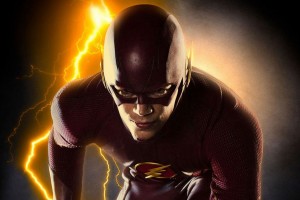 There’s always the possibility that Crazy Ex-Girlfriend may bomb and be quickly cancelled, but if it doesn’t especially, that doesn’t leave much wiggle room for the new midseason offerings, nor returning ones like The 100. Frankly, this increased need to axe shows may mean the death knell for long-running shows like The Vampire Diaries, which has now lost its lead actress, Nina Dobrev, and Supernatural, which is getting pretty long-in-the-tooth at this point, with lower ratings than ever. Containment may eventually be the logical lead-in to The Originals, though that would place Legends of Tomorrow, a new DC Comics-inspired spin-off to Arrow and The Flash, on Monday, possibly in place of Crazy Ex-Girlfriend, which is in a timeslot that already has two other high-profile DC shows on other networks, FOX’s Gotham (assuming FOX doesn’t move it) and CBS’ Supergirl, battling it out for viewers’ attention. That would be mutually assured destruction for all three shows. The only other possibility would be if Legends of Tomorrow swaps places with Jane the Virgin during midseason, and that’s not likely, even for a new show with such massive scale, when one considers Jane the Virgin’s high acclaim at present.

Still, it seems odd to complain that The CW has too many good shows at this point, and that’s certainly not a bad thing! Obviously, the network wasn’t going to touch The Flash and Arrow, which are currently its heavy hitters in ratings and feedback, alongside iZombie, which very much deserves its extended season order for Fall! There may not be much in the way of switches overall, but with a lineup like this, switches certainly don’t seem necessary from last season.

Keep tuning in to Eggplante for all news and updates on The CW’s TV schedule, and other high-profile television developments.