Following CBS and ABC revealing their Fall primetime TV schedules earlier in the month, NBC has now delivered their layout of television programming for this Fall’s 2015/2016 season. This includes premiere dates for highly anticipated new shows like Blindspot and Heroes Reborn. 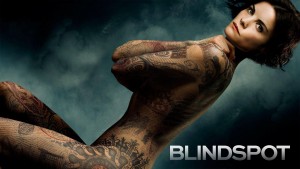 There isn’t much to say about the new schedule of NBC, which some have criticized for being a bit random and inexplicable. The network’s cancellation of two fan-favourite shows recently, Constantine and Hannibal, isn’t helping matters either. Still, there’s a solid amount of new shows coming, both for the Fall and midseason, even if it’s tough to argue that NBC’s television lineup is lacking big hitters like Supergirl and The Muppets on competing networks for this coming season. Blindspot seems to be the most high-profile new pilot, but the banking on Heroes’ return is being met with lukewarm reception, seeing as Heroes is not too beloved beyond its first season.

Anyway, the premiere week debuts for NBC are as follows:

When it’s all laid out, it’s easy to see that NBC’s Fall lineup doesn’t inspire much confidence. Even the network’s method of announcing their new shows was a bit of a mess, apparently with separate press releases detailing premiere dates, then the actual schedule. This was exacerbated by one of NBC’s new shows, medical drama, Heartbreaker, being yanked from its planned Fall timeslot in the 11th hour, much as the network did with now-Netflix series, Unbreakable Kimmy Schmidt last season, apparently over the lead star getting pregnant in this case. This results in an awkward double-airing of The Voice on Tuesdays, along with a messy half-airing schedule for the limited run of Neil Patrick Harris’ new talk show.

Even beyond that though, some of NBC’s show placement is just bizarre. Placing high-profile new series, Blindspot in a 10:00 P.M. Monday timeslot, with The Voice as a lead-in, just feels inexplicable. Likewise, despite its largely negative reception, the inexplicably-renewed The Mysteries of Laura is still headlining Wednesdays, despite a shortened 13-episode Season Two, followed by Law & Order: SVU and Chicago P.D., with something of a ‘cop block’ for Wednesday, even with The Mysteries of Laura being billed as a comedy. Heroes Reborn is also placed as the Thursday headliner, where it could go either way in terms of reception. Finally, a strange Friday comedy bloc seems to be being attempted, where Undateable, now consisting entirely of live episodes in its latest season, is serving as a lead-in to People are Talking, a sitcom that people already seem to hate from its weak previews. Even the network seems to think it’s not very good, sticking it in the piss-poor timeslot of Friday at 9:00, yet still somehow making it a comedy partner to Undateable, which both dovetail into the returning timeslot of Grimm. Huh?! 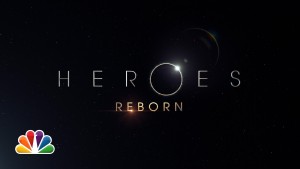 What’s even more strange than NBC’s seemingly random show placement this Fall is the fact that they seem to be saving a lot of their most promising shows for midseason. Emerald City, You, Me and the End of the World, Superstore, and, hell, even the Coach revival, all seem like more exciting prospects than most of what NBC’s got on offer for the Fall, with Blindspot being the only more intriguing exception. When it comes down to it, do we seriously need two nights of The Voice? Was yet another spin-off to Chicago Fire and Chicago P.D. really something that deserves higher billing than those four shows alone? How in the world did People are Talking rise above You, Me and the End of the World and Superstore for this apparent Friday comedy bloc?! It almost seems like the network is deliberately setting up certain shows for cancellation, potentially playing the long game of trying for bigger ratings during midseason. It’s an interesting plan, if that’s the case, but hey, maybe it will work.

Regardless, keep tuning in to Eggplante for all news and updates on high-profile NBC shows, and other television developments.