After several impressive showings at trade shows, and the previous announcement of an October 13th release date, Ubisoft has confirmed today that upcoming tactical shooter, Rainbow Six: Siege will unfortunately miss its planned October debut. The game has now been pushed back to December 1st, worldwide, with Ubisoft citing a need to polish the game, clean out bugs, and make absolutely sure that it launches as advertised for the busy Holiday Season. 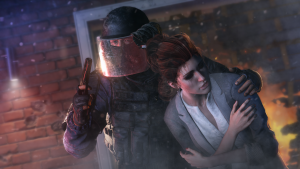 Fortunately, the planned multiplayer beta, which you can guarantee access to by pre-ordering, is proceeding as scheduled on September 24th, for all platforms. The game will also be hosting a tournament for Canadians soon, and that is also unaffected by the game’s public delay.

Rainbow Six: Siege was created from the aborted assets of cancelled entry, Rainbow Six: Patriots, and is another tactical first-person shooter inspired by the real world of terrorist hunting and rescue ops. The game aims to present an unparalleled new level of tactical depth in its marquee Terrohunt multiplayer mode, where a squad of players must work together in a lethal, fast-paced race against the clock to rescue hostages and neutralize terrorist threats within realistic environments. Originally, the game was billed as strictly being an online multiplayer experience, though Ubisoft clarified at this year’s E3 that Rainbow Six: Siege will also feature a single-player story campaign, with Hollywood actress, Angela Bassett taking on the new role of squad handler, Six, as the team pursues a domestic terrorism organization known as the White Masks.

Keep stacking up on Eggplante for all news and updates on the Rainbow Six games.