Nintendo’s got a lot on the horizon before 2016 kicks off, which is already packed with promising Nintendo projects itself! For the remainder of this year however, Nintendo has now cemented final release dates for the year’s upcoming 3DS and Wii U offerings, along with the next helping of Amiibo figures. Some of the information has also come to light for the first time, while some of it is reminders of dates that Nintendo previously announced during Nintendo Direct broadcasts and E3.

First up, naturally, is the reminder that Super Mario Maker hits Wii U on September 11th, alongside Wave 5b of the Super Smash Bros. Set Amiibo, consisting of Zero Suit Samus, Bowser Jr., Dr. Mario, Ganondorf and Captain Olimar, as well as the ‘Classic Colours’ Mario 30th Anniversary Amiibo. While Zero Suit Samus, Ganondorf, Captain Olimar, and Classic Colours Mario 30th Anniversary  appear to be being carried at all major retailers, Bowser Jr. and Dr. Mario seem to be retailer-exclusive in the U.S. and Canada, though Nintendo has not yet confirmed which stores may be exclusively hosting them in both territories. Super Mario Maker meanwhile will not only be sold standalone, but also within a special Wii U console bundle that will be exclusively sold at Wal-Mart, containing a 32GB black Wii U console, the game, an information book, and the ‘Modern Colours’ Mario 30th Anniversary Amiibo, which doesn’t currently appear to be being sold separately, unfortunately. This bundle will retail for $299.96 USD.

September is also reminded to be hosting the release of the ‘Retro 3-Pack’ of Super Smash Bros. Set Amiibo on September 25th, which will be exclusively sold at Gamestop/EB Games. This bundle contains the Amiibo figures for R.O.B. the Robot, Mr. Game & Watch, and the Duck Hunt Dog, none of which are sold separately. The Retro 3-Pack fortunately still has pre-orders available both in-store and online in many places across Canada at EB Games outlets, thankfully, where it retails for $44.99 CDN. 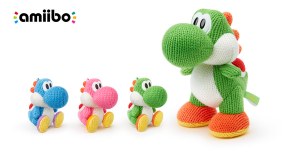 On the same date, October 16th, Nintendo will also be releasing an all-new game bundle that includes both New Super Mario Bros. U and its core expansion, New Super Luigi U for Wii U. This bundle will retail for $59.99 USD. In the same month, The Legend of Zelda: Triforce Heroes is still scheduled to hit 3DS on October 23rd, with Animal Crossing: Happy Home Designer for 3DS, and the 100 Animal Crossing Amiibo cards that it’s compatible with, also still unmoved from their September 25th date. Xenoblade Chronicles X for Wii U is also still sitting pretty in its planned December 4th debut. Lastly, after recently confirming the release date, Nintendo re-confirmed that Japanese sensation, Yo-Kai Watch will debut in North America for 3DS on November 6th, alongside a new localization of its anime. 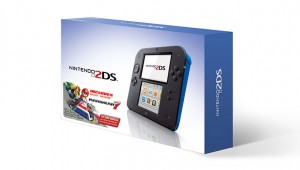 Nintendo also reminds consumers that the Nintendo 2DS handheld permanently drops in price on August 30th, thereafter sitting at $99.99, rather than $129.99. The 2DS will continue to be bundled with a free digital copy of Mario Kart 7.

Lastly, amongst previously affirmed dates, Nintendo lists some third-party offerings for both 3DS and Wii U in their release infographic, re-affirming that Disney Infinity 3.0 hits Wii U on August 30th, Skylanders Supercharged comes to Wii U on September 20th (with Starter Packs being bundled with special Nintendo-themed Skylanders toys), Skylanders Supercharged Racing hits 3DS on September 20th, LEGO Dimensions drops on Wii U on September 27th, and finally, for the musically inclined, Just Dance 2016 and Guitar Hero Live both come to Wii U on October 20th.

Now, for the all-new information! Nintendo has finalized dates for several games across both 3DS and Wii U, beginning with a reminder that highly anticipated Wii U eShop game, Runbow has just recently been set for release this week, on Thursday, August 27th, and that those who tried out the demo of it during E3 can enjoy a temporary 15% discount on a purchase for the first month. Retail packages for indie hit, Shovel Knight will also hit stores for both 3DS and Wii U on October 13th, priced at $19.99 USD.

Following from that, Chibi-Robo: Zip Lash is now set to release for 3DS on October 9th, being sold standalone for $29.99 USD, or bundled with a special Chibi-Robo Amiibo for $39.99 USD. Fatal Frame: Maiden of Black Water also comes exclusively to the Wii U eShop on October 22nd, and will apparently be a free-to-start game, with the first couple of chapters being playable for free! Downloading the full game will cost $49.99 USD. Pokemon Super Mystery Dungeon is also confirmed to be hitting 3DS on November 20th. Finally, after its North American prospects were a bit up-in-the-air, Nintendo has now definitively confirmed that we can expect long-in-development action game, Devil’s Third to launch for Wii U in North America on December 11th. Mario Tennis: Ultra Smash is now scheduled to hit Wii U slightly beforehand meanwhile, on December 4th, alongside Xenoblade Chronicles X, though Mario Tennis: Ultra Smash will be sold at a slightly discounted price of $39.99 USD, while Xenoblade Chronicles X will command the full retail price of most new Wii U releases.

Animal Crossing: Amiibo Festival for Wii U has also been given a finalized release date of November 13th, and will be sold at a slight premium, going as high as $74.99 CDN at this point. This is due to the game only being sold in a bundle, which will include Animal Crossing Set Amiibo figures, Isabelle and Digby (the Digby Amiibo has been announced for the first time here), along with some Animal Crossing Amiibo cards. The Digby and Isabelle figures are apparently not available separately. The previously confirmed Mable and Tom Nook Amiibo figures will be sold separately starting on November 13th however, for the usual Amiibo price in Canada and the U.S., alongside another newly-announced Animal Crossing Set Amiibo figure, Lottie. The previously announced K.K. Slider Amiibo can only be obtained in a 3-Pack bundle however, retailing for $34.99 USD, and packaged alongside Reese and Cyrus, with this 3-Pack also set for November 13th.

Perhaps the biggest date of all however is Star Fox Zero, which is now confirmed to launch for Wii U on November 20th. This will also be the release date for the Falco Amiibo from the Super Smash Bros. Set, which is apparently being sold by itself. While rumour stated that the Amiibo could only be attained in a bundle with Star Fox Zero, Nintendo has now confirmed that this is not the case, and the Amiibo will be sold separately, at the usual price for both Canada and the U.S. It’s unknown whether Falco will be retailer-exclusive at this time however. 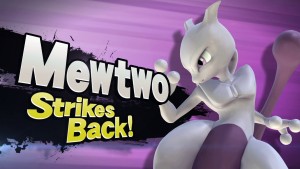 This officially makes Nintendo’s 2015 a busy and exciting period for 3DS and Wii U owners! 2016 also has plenty of exciting games for both platforms on the way, between Bravely Second: End Layer, Mario & Luigi: Paper Jam and Fire Emblem: Fates on 3DS, and Shin Megami Tensei x Fire Emblem, and Pokken Tournament on Wii U, among other offerings. We’ll also be getting our first news on Nintendo’s in-development ‘new concept’ gaming platform, code-named ‘Nintendo NX’ next year, which Square Enix recently let slip has enough capabilities to run the PlayStation 4 build of Dragon Quest XI.

It’s assuring to see the company still going strong and trucking as usual, despite the tragic passing of former CEO, Satoru Iwata recently. Currently, Software Development head, Shigeru Miyamoto and hardware development head, Genyo Takeda are serving as acting presidents of Nintendo, with a formal appointment of a new CEO still not being decided at this point.

Keep jumping to Eggplante for all news and updates on Nintendo’s upcoming game slate, and other Nintendo-related news.