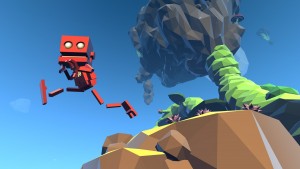 Without further ado then, let’s see what PlayStation Plus members can score this coming month:

To start, on PlayStation 4, PlayStation Plus members will be able to redeem Grow Home, which beat out Armello and Zombie Vikings by a sizable margin in Sony’s first-ever ‘Vote to Play’ promotion for PlayStation Plus, both of which will be sold at a discount when they launch now. Grow Home originally launched for PC earlier this year, where it was met with critical praise. This adventure-style platformer stars a tiny adorable robot named B.U.D., who must explore an open-world setting while climbing a progressively expanding plant that B.U.D. must grow to oxygenate his imperiled home planet. September 1st will mark the game’s launch on the PlayStation 4. 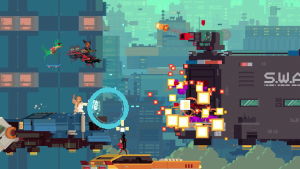 The second free PlayStation 4 reward for the month will be Super TIME Force Ultra. This updated version of the fast-paced action-shooter game unfolds with players being given 30 lives, and tasked by General Repeatski to move throughout history to make the world a better place, by laying waste to everything in their way! When players exhaust their lives, they can either restart their run, or jump into another player’s time stream. Super TIME Force Ultra received good reviews in its initial release on Xbox One and Xbox 360, even if its high difficulty was cited as a drawback, and received even more favourable reviews when its ‘Ultra’ re-release came to PC a few months later. As with Grow Home, September 1st marks the first time that Super TIME Force Ultra is released on PlayStation platforms. Better still is that Super TIME Force Ultra is also coming to PlayStation Vita on September 1st, and the two versions are cross-buy, so redeeming this reward on either platform will net you both versions together!

Next, for PlayStation 3, the first free reward for September will be Teslagrad. This puzzle-platformer places players in control of a young boy who must rely on electricity and magnetism to solve the secrets of the mysterious Tesla Tower. The game was well-received for its art style and creative gameplay, though some critics took issue with the high difficulty. If you’ve upgraded your console already, don’t fret, as Teslagrad is cross-buy between PlayStation 4 and PlayStation 3, so redeeming this reward on PlayStation 3 will net you a free download of the PlayStation 4 version, and vice-versa. The game is also available for PC, Mac, Linux and Wii U, and also came to PlayStation Vita in Europe.

The second free PlayStation 3 reward for September is Twisted Metal, the PlayStation 3-exclusive reboot of Sony’s famed car combat series, developed by Eat. Sleep. Play. With a heavy emphasis on vehicular warfare against online opponents, Twisted Metal aims to bring the series to a new generation of players, featuring new story arcs for established personalities from the former franchise. Twisted Metal received mostly positive reviews when it first launched in 2012, though the story and controls were a sticking point amongst critics.

Finally, the first PlayStation Vita reward for September will be Xeodrifter. Inspired by Nintendo’s acclaimed Metroid series, Xeodrifter places players in control of the title character, who must travel between several planets to rebuild the warp core to his ship, while doing battle with hostile alien life along the way. The game received decent feedback on its prior platforms, with us also awarding the game a respectable 70% score when we reviewed its initial 3DS and PC versions, where we praised the clever weapon upgrades and retro chic production values, but criticized the lack of enemy variety and checkpoints. Xeodrifter will be releasing for the first time on PlayStation platforms on September 1st, and will also come with a PlayStation 4 version, which is cross-buy, so redeeming this reward on either platform will grant you a free download of the opposite version with it! The game is also in development for Xbox One, and recently came to Wii U. 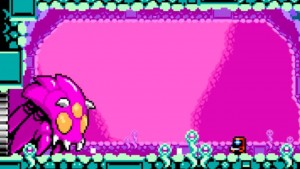 Lastly, the second PlayStation Vita reward for September is La-Mulana EX. Another Metroid-inspired game, LA-Mulana EX is an enhanced edition of a remake of a Japanese game originally made for Japanese computers, and inspired by the vintage Japanese computer, the MSX. Phew. The game is a riff on Indiana Jones, with its protagonist, Lemeza Kosugi exploring the mystical tomb of La-Mulana. The game received positive reviews when a remake first came to North American PC’s and WiiWare, with reviewers praising it for its retro chic presentation, though criticizing its extreme difficulty.

This is another solid month for PlayStation Plus, particularly since PlayStation 3 owners finally have a full retail game to chew on in Twisted Metal. The heavy batch of new releases is definitely a treat for indie fans, even though they’re all ports, but for strict PlayStation gamers that never experienced these games on other platforms, Grow Home, Xeodrifter and Super TIME Force Ultra are all enjoyable treats!

Even La-Mulana EX is a great grab for Vita owners, if they aren’t deterred by the challenge. Teslagrad missing a Vita version of its own in North America is a bummer, but it’s also a solid indie for PlayStation’s console side. This is a pretty decent way to start the Fall overall if you have a PlayStation Plus subscription, especially since we know the equally promising releases of Armello and Zombie Vikings are launching at a discount this month, despite losing to Grow Home in the Vote to Play polls.