NOTE: Full spoilers for the debut episode of Fear the Walking Dead are present in this article

The Walking Dead is arguably the most popular horror franchise around in both comics and television at this point, and thanks to Telltale, it’s even gotten a lot of acclaim in the video game space now. With AMC successfully launching their television series adaptation to landmark numbers, making it television’s top drama series overall at this point, it’s small wonder that the network would eventually want a spin-off. Er, actually, I should say, “Companion series” if I’m going by AMC’s promotions, but, maybe we should just call Fear the Walking Dead what it is; A spin-off of a colossally successful series meant mainly to snatch up more ratings for AMC.

With the first episode having just aired then, how does Fear the Walking Dead stack up with the mainline The Walking Dead series? Does it compare? Well, no, not at this point, but bear in mind, this is just the first episode. The series is no doubt building up to greater things, introducing more pivotal cast members over the next offerings of the initial six-episode first season, and the greatest plot developments of the season are sure to come up later. As it stands though, I must nonetheless say that Fear the Walking Dead gets off to a bit of a drab start. Not a terrible start by any means, but kind of a dull one. 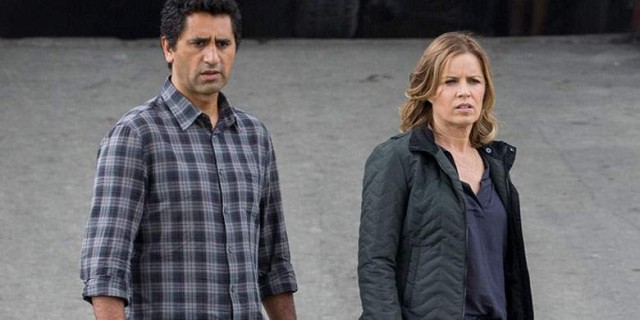 So, who are our new protagonists? Well, for now, we’re getting to know the Clark family, which consists of mother, Madison Clark, played by Kim Dickens, her fiance, Travis Manawa, played by Cliff Curtis, teenage daughter, Alicia, played by Alycia Debnam-Carey, and junkie son, Nick, played by Frank Dillane. There’s also some supporting cast in there, like a boyfriend of Alicia’s, a troubled student in the care of Madison, who works as a high school guidance counselor, and a dealer of Nick’s. None of them leave that much of an impression though, and many of them are probably going to be killed off before long. In fact, the dealer buys the farm at the end of the episode, and serves as Madison’s, Nick’s and Travis’ official introduction to the Walkers.

Speaking of the Walkers, you don’t see much of them. The show seems to be going for a slow burn, and that’s fair enough, but one of the issues with the pilot is that it doesn’t really feel like it’s truly operating in the Walking Dead universe at this point. I’m sure that feeling will come later, but for now, the show is opening as if it were a family drama that just happens to have a couple of zombies in the background. We’ll no doubt see more of the Walkers soon, but the fact that they only show up for a couple of brief moments makes this pilot really feel like it’s not hitting the ground running.

Of course, you can forgive this to a point, when you consider that Fear the Walking Dead is no doubt trying to be a more cerebral, personal story, to offset the more blunt, dog-eat-dog survival drama of Rick Grimes and co. in the main series. The problem however is that the Clark family drama is, at this point anyway, pretty dry and uninteresting, and it’s not long before it becomes downright cloying. Madison lamenting her son feels a bit hollow, since we don’t really know the backstory of Nick’s addiction yet, and frankly, Alicia feels like a benchwarmer sibling, having absolutely nothing to do in the pilot, beyond be oblivious. Travis also has a bitter ex-wife that isn’t really taking to his new family, but in a family drama, that really feels like a low-hanging fruit. Things are bound to get more interesting when the Walkers become a more present threat, but right now, it’s difficult to care about such boilerplate domestic drama. 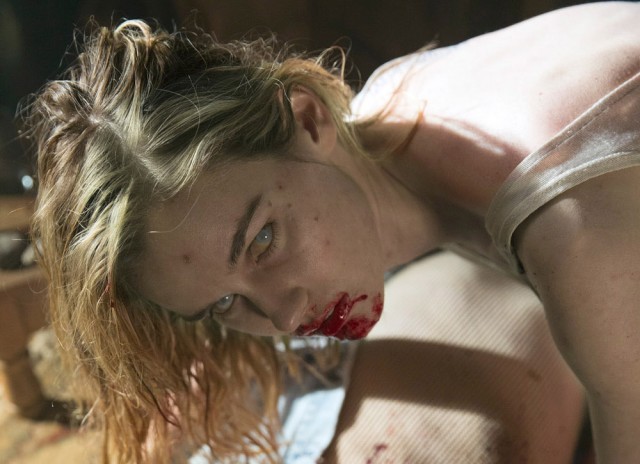 On the plus side, the performances are great, and these characters are bound to grow on audiences, even if Madison and Travis are certainly more likable than Alicia and Nick for now. On top of that, the few moments that do incorporate Walkers do work very well, particularly when Nick believes that the initial Walker he sees is a drug-induced hallucination that haunts him throughout the episode. Had the infection been further along, Madison and Travis looking all over Los Angeles for Nick might have been more engaging, though seeing them run into a roadblock on the highway, only to later discover corpses that were eating people, was also a well-executed moment. It was also the only time that Alicia ever comes vaguely close to the Walkers too, viewing the carnage on her smartphone with her friends in class, as she’s otherwise separated from the rest of her family during these key moments.

Fear the Walking Dead has a lot of moving parts in place, and you can see the promise in its setup quite quickly. In the space of the debut episode though, the parts don’t totally move anywhere interesting, and the show needs a bit more time to gel before it can truly get off the ground. There’s enough intrigue here to merit the attention of fans of The Walking Dead that are eager to see a different part of the show’s world, with entirely new personalities that weren’t present in the source comics, but if you aren’t already part of the legions of fans behind that series, there’s really no hurry to tune in to Fear the Walking Dead for now. The lump season might be at its best if it’s dropped on Netflix, and we can easily see where all of this slow burn setup goes without waiting. 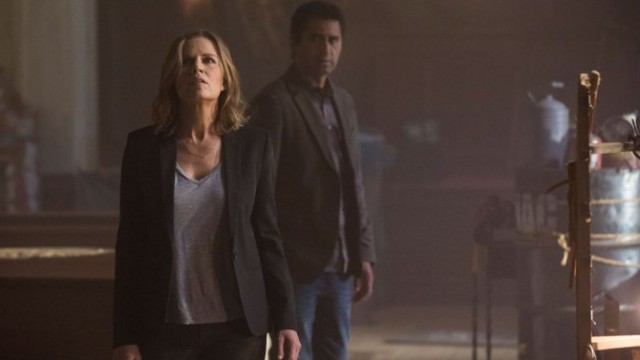 For now, this isn’t a bad debut, but Fear the Walking Dead has a bit of a hike before it catches up to the appeal of the main series and its five-year head start.

Pilot Review: Fear the Walking Dead
Fear the Walking Dead is a more cerebral and family-driven take on The Walking Dead's world, though its pilot is perhaps a bit too slow and trite, with the show needing more time to really bring its many moving parts into a more engaging whole.
THE GOOD STUFF
THE NOT-SO-GOOD STUFF
2015-08-25
70%Overall Score
Reader Rating: (0 Votes)
0%