Square Enix has announced at PAX Prime that the end of the agonizing wait for very long-in-development RPG sequel, Final Fantasy XV is in sight. The company has confirmed the previous rumblings that a release date has already been decided internally, and that the official release date will be revealed to the world during a special event in March 2016! 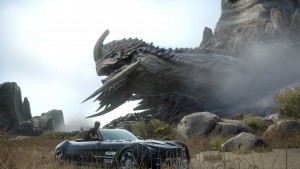 Moreover, the game is definitely coming out in 2016, and so far, that’s the only clue that Square Enix has given us at PAX Prime. Still, this is more than enough to put restless fans significantly more at ease, especially since Final Fantasy XV is the first entry in the entire franchise that will be releasing simultaneously across all territories worldwide on the same date. For many years, the game has gone without a release date, though fans could get their first taste of the game by pre-ordering and purchasing a first-run copy of Final Fantasy Type-0 HD for PlayStation 4 or Xbox One back in March (sadly, not the belated PC port that just released on Steam last week), which entitled them to an exclusive demo of the game called Final Fantasy XV: Episode Duscae, introducing the lead characters, visual design and combat system in playable form. Square Enix will update the demo with some refinements soon, and the updated demo is currently playable on the PAX Prime show floor. 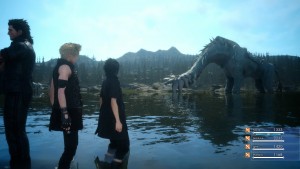 Final Fantasy XV aims to be the latest reinvention of the series, now re-imagining it as a real-time RPG with cutting-edge next-gen production values. The game stars a young man named Noctis and a group of his friends, in a modern, heavily realistic world that maintains recognizable Final Fantasy sensibilities like magic and monsters, on a quest that spans a whole new setting and universe, with most of the specific plot details otherwise being kept under wraps. Unlike its immediate numbered predecessor, Final Fantasy XIV Online, Final Fantasy XV will be a strictly offline game that’s single-player-only.

Look for Final Fantasy XV on PlayStation 4 and Xbox One in 2016. Keep questing back to Eggplante as well, for all news and updates on the game, and the Final Fantasy series at large.