Say what you will, no one can say that Sony had a poor E3 showing. In fact, the games they showed were among the most unique and anticipated titles. But they’re all for 2016 (and beyond) and there’s something to be said for having games this holiday season.

Microsoft, for example, has a huge first-party and/or exclusive game every month until the end of the year. Last week, the company started early by releasing Gears of War: Ultimate Edition. In September, we’re getting Forza 6. October brings Halo 5: Guardians while November brings Rise of the Tomb Raider. Finally, Fable Legends is apparently releasing in 2015 at some point, though admittedly, no one seems to know when.

With the exception of Until Dawn and The Uncharted Collection, Sony has no notable first-party or exclusive titles for its platform this holiday. They’re banking on Destiny and Call of Duty and Battlefront, all of which are coming to the Xbox One as well as PS4. 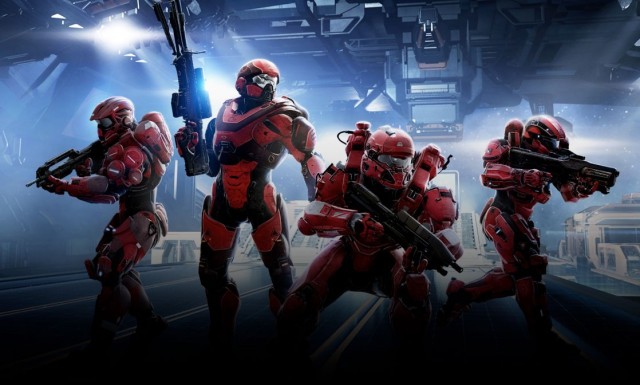 Halo 5: Guardians is one of Xbox One’s marquee titles this holiday season.

Perhaps Sony is testing out how effective their marketing efforts are as the aforementioned multi-platform games are all tied quite heavily to Sony who is doing the brunt of the publicity.

It still makes us wonder, however, just how strong the Sony platform will be after this holiday season. It’s tough to argue with a new Halo and a new Tomb Raider and a new Forza. We’re betting that Microsoft is going to move a lot of Xbox One consoles in the next few months. No, we don’t think it will be enough to completely close Sony’s lead of 25 million PS4’s over Microsoft’s 15 million Xbox One units. Of course, it is possible: In 2013, Microsoft sold 7.4 million units during its holiday quarter alone. With an extra month or two in the mix–and a whole lot of luck–Microsoft could certainly pull a rabbit out of its hat and sell a solid 8 or 9 million units in the next five months.

The other conundrum here is that Sony doesn’t actually seem to be marketing Call of Duty, Destiny, or Battlefront the way Microsoft would. There hasn’t been an inundation of television spots or tons of cross-promotion across gaming and entertainment websites. No major campaigns, no huge promotions, nothing. So what gives?

Honestly, we have no idea.

Sony could be making a huge mistake, or they could be saving a ton of money by not promoting the hell out of these games. Either way, it begs the question: what games does Sony have that make the PlayStation 4 a must-have this holiday season?

As far as we can tell, a $20 horror title and remaster of the Uncharted games (regardless of how amazing they are) isn’t enough.