EA and DICE have just announced that anyone interested in trying out Star Wars: Battlefront early will get a chance to this October! The game will be hosting an online multiplayer beta at that time, and according to EA, the beta will be open for anyone to enjoy on all three platforms. The specific date is unknown, though EA has claimed that it will be in the early portions of the month. 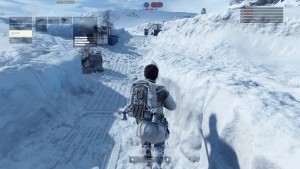 The beta will feature the 40-player Walker Assault map on Hoth, the icy planet from Star Wars Episode V: The Empire Strikes Back, along with a co-op survival mission on the Skywalker home planet, Tatooine. EA also announced that the game will feature an all-new multiplayer mode called ‘Drop Zone’, which will also be offered in the beta, though they declined to detail exactly what this new mode will entail. They did however tease that players will gain the opportunity to bring Darth Vader and Luke Skywalker into the battle however, though both seem to only be offered in the Hoth mission.

Players will also have the ability to test out the game’s companion app during the beta period, aptly titled Star Wars: Battlefront Companion, which will be available on iOS and Android devices. The app will feature a stat tracker, social media elements, loadout customization for the game, and a strategic card game called Base Command. The app itself will be free, and it will go live alongside the main game on November 17th for North America.

If you’re hoping that progress from the beta will carry over to your future full game purchase however, then you are sadly out of luck. EA has clarified that any stats, accolades and other such accomplishments performed in the beta will all be wiped after the beta period lapses, with everyone’s progress being reset before the full game ships in November. Likewise, any sort of stats or accomplishments accrued in the companion app during the beta period will also be expunged after the beta period is over, so you’ll have to start from scratch all around. 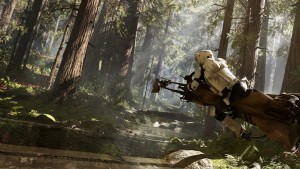 Anyone who pre-orders the game will also get a week’s worth of early access to the first DLC expansion, Battle of Jakku, on December 1st, before the expansion becomes available to the public on December 8th. Battle of Jakku is meant to introduce the planet of Jakku, which will be featured in this December’s major movie release, Star Wars: The Force Awakens.

Keep engaging Eggplante for all news and updates on Star Wars: Battlefront, and other Star Wars video games.