Paramount has finally fully committed to a Jack Reacher sequel! The movie, simply titled ‘Jack Reacher 2‘ at this point, is set to hit the big screen on October 1st, 2016. Tom Cruise will once again star as the title character, with Cobie Smulders being circled by the studio to play a new female lead. Rosamund Pike is apparently not returning at this point. The first movie’s director, Christopher McQuarrie is also bowing out of directing duties, with the sequel instead being helmed by Ed Zwick. 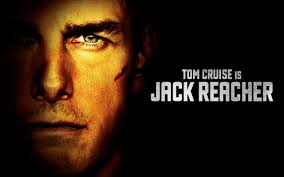 Jack Reacher 2 will adapt another of the long-running series of Jack Reacher novels by author, Lee Child, namely Never Go Back. This novel’s plot involves Reacher visiting the headquarters of the U.S. Army Police Corps, and finding out that his former commanding officer has been arrested. Reacher is the only hope to get to the bottom of the mystery, naturally.

The first Jack Reacher movie released in 2012, inspired by the Lee Child novel, One Shot, where it was received quite well by critics and viewers, though underperformed considerably at the domestic box office, largely due to releasing in a crowded December movie lineup with more high-profile movies surrounding it. The movie also drew controversy from fans of the source novels, on account of Tom Cruise playing the title role, since Reacher is depicted as a large, well-built blond man in the source novels, obviously having nothing in common with the appearance of the short, boyish, dark-haired Cruise. Despite Paramount wanting to lay the foundation for a franchise with Jack Reacher, they initially scuttled these plans after the disappointing box office returns.

It seems likely that Paramount warmed up to a Jack Reacher sequel after the huge box office success and acclaim of this past July’s Tom Cruise vehicle, Mission: Impossible – Rogue Nation (which we also received quite warmly, awarding it a positive 82% score), which was helmed by Jack Reacher director, Christopher McQuarrie. Cruise has already confirmed that work has begun on a sixth Mission: Impossible movie, no doubt surprising no one. The idea of positioning Jack Reacher 2 in October might be a way of trying to test a more lukewarm box office climate as well, with Paramount likely hoping that the movie is more profitable when it’s billed as a Fall holdover release, not a major Holiday blockbuster.

Keep wandering to Eggplante for all news and updates on Jack Reacher.