Next week, Nintendo will launch its most aggressive Mario game yet. Not because Mario himself has become a badass murderer or anything, but because the responsibility of crafting the vast majority of the game, as it were, now rests on the player.

For those who have no idea what is going on, Super Mario Maker is essentially a Mario toolkit which lets players design their own courses set in the Mario universe, and there are virtually no rules. Things that have never been possible before are instantly possible in Super Mario Maker, and there’s quite literally no telling what kinds of levels could be released to the wild next.

With few exceptions, when switching between themes–which you can do on the fly–the elements change along with the style of the game. Some elements that appear in certain styles but not in others have been re-created specifically for Maker so that they can be used across the different designs. 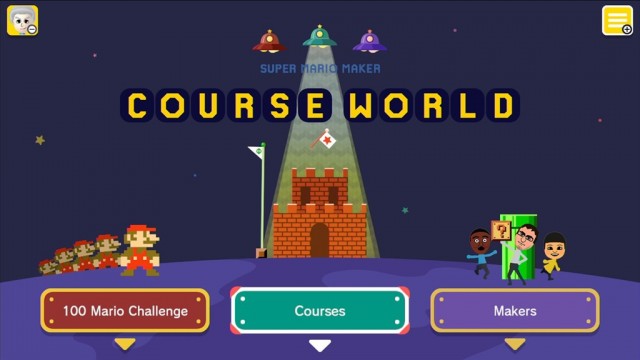 Other visuals, such as the menu screens and course selection, for example, are actually smooth and modern. We’d expect more of a pixelated visual flare for menus just to keep the retro theme going, but the modern panels and button design actually brings a needed separation between gameplay and navigation.

Nintendo has done some really interesting things with the audio in Super Mario Maker. While it is all true to the original games, there are some pieces of music newly written exclusively for this game.

Other neat audio tricks come in the form of user-recordable content that can be added to any part of a level in the form of invisible blocks that, when Mario passes through them, plays the sound. Levels with this audio can not be shared online, however, as Nintendo wants to carefully curate the experience to prevent profanity and copyrighted content from being shared online.

There are a set of prerecorded audio functions that can be added into gameplay that will be available to share online. Nintendo has added some very un-Mario sounds such as the sound of maracas or a disco club. For purists, adding Bowser’s theme to a level is just as easy, as there are some more traditional effects included as well.

Super Mario Maker really shines in its gameplay and creation, and makes for one of the most unique Nintendo titles ever produced.

Creators can control virtually every aspect of a level, including its length, timing, scroll speed (if any), and of course, the content of the stage itself. So far, thousands of incredible levels have been uploaded, and that is just during the media preview build that has been released. We expect hundreds of thousands of levels to be uploaded to Nintendo’s servers not long after the game launches.

Level creation is its most fun when a few people are gathered around the GamePad and all have input on how things should be done. This is perhaps Nintendo’s first big collaboration game on the Wii U. Conversely, it is just as comfortable to sit on the couch alone and craft a level knowing it will be shared with the world, if you let it. 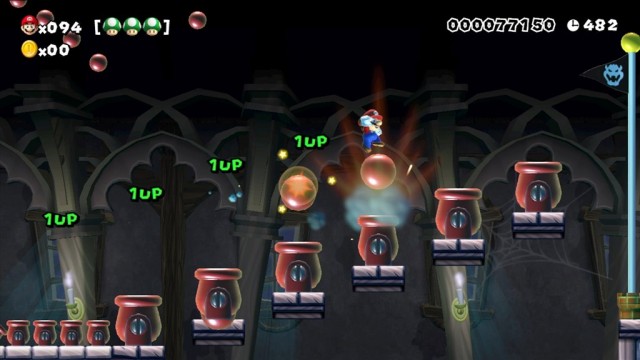 The crafting mechanics are what Nintendo really had to get right here–the games themselves have already been created, naturally–and they nailed it. There are never too many objects bombarding the user at any one time; a series of 12 items are displayed along the top of the screen, and another set of five rows are available to be customized and used as you please.

Everything from Goombas to Koopas to saw blades to piranha flowers are available, and mixing and matching components is some of the most fun to be had in Maker. This game is about breaking the rules, and nothing says that like strapping a Bullet Bill to the Bowser’s back or putting wings on a Thwomp. Try putting a mushroom into a cheep cheep and watch it grow to four times its size. If you thought they scared you before, you’re in for something all new this time around.

Small tricks like being able to cut and paste multiple objects at once make it very easy to create multiple areas that appear to be identical, for example, without having to place each block manually every time. Another useful mechanic is shaking objects to modify them. For example, a red Koopa will become green when shaken, while a trampoline will turn sideways. Perhaps our favourite crafting mechanic is that levels can be played with a touch of a button at any point in the process. There’s even an animated ghost of Mario shown when testing out a map so that judging jump distance and height becomes much less a game of guessing, and more of a scientific trial and error. 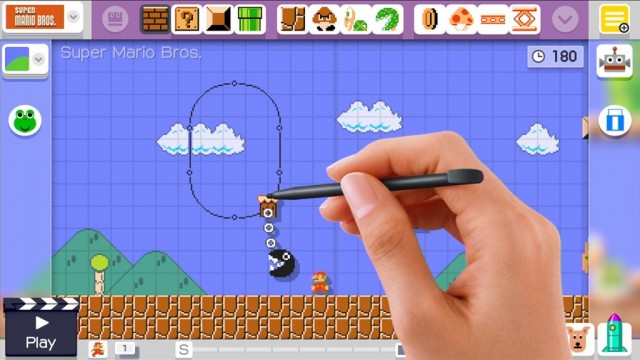 Aside from creation tools, there are two distinct ways to use Super Mario Maker: in a challenge mode or by playing individual levels at your leisure in Course World. The 10- and 100-Mario Challenges are probably the most entertaining if you’ve got a bit of time to spend playing the game, while picking a la carte is great for throwing up a game or two and then realizing you’ve spent three hours playing and you should have been at work for the last two of them.

The Challenges put Mario through an 8- or 16-level world, created entirely by the online community. It randomly selects courses from an easy, normal, or expert difficulty level, and gives the player 10 or 100 lives, depending on the selected mode. From there, it’s up to the player to, well, not die.

Challenges are quite doable in easy and normal modes, but expert mode is a sadistic stage for gamers who want to see other gamers suffer. There are levels that are so mind-numbingly difficult, it is very possible to use up all 100 lives on a single stage.

Nintendo has a very intelligent way of determining which levels qualify for each difficulty ranking. Depending on the number of people that have played the level and the number of people who have actually made it to the flagpole, Nintendo can surmise which difficulty a particular level lies in. It seems that those expert levels have a success rate somewhere south of 5%. Yikes.

The comments system lets creators find out what they’ve done right and encourages others to try specific levels or even a specific strategy within a level. Comments have been largely positive; no one has been posting rude or inappropriate messages that we’ve been able to see. Of course, Nintendo has always been quite good at keeping those kinds of comments under wraps, anyhow.

At this point, there is no way to search for a unique user, and while searching for a level is possible, the only way to do so is by the unique identifier assigned to the level when it is uploaded. Perhaps our biggest gripe over Super Mario Maker (and our only one, really) is purely that it isn’t easy to find the levels you’ve played so you can go back to them again or check out other levels by its creator.

Perhaps the best compliment we can pay to Nintendo’s latest game is that it is not so much a game as it is an experience. That’s saying a lot for something that is as steeped in tradition and culture as a video game could ever be. Nintendo somehow manages to take its two-dimensional worlds (and one of its 3D ones) and modernize it, craft something new, and hand over the reigns to the players.

Super Mario Maker is one of the best reasons to own a Wii U. The game launches September 11th, exclusively for Nintendo Wii U.