20th Century Fox’s X-Men movie spin-off, Gambit has been hit with another setback, after lead star, Channing Tatum almost dropped out earlier this Summer. This time, the movie has fully lost its director, with the scoop being broken by The Hollywood Reporter, and later being confirmed by all official parties. 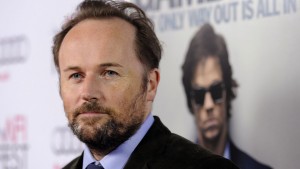 Rise of the Planet of the Apes director, Rupert Wyatt was set to helm Gambit, which is scheduled for release in theatres on October 7th, 2016. Wyatt’s reason for bowing out of the gig is due to a scheduling conflict, which resulted from a bump backward of the movie’s production start, possibly after the fallout of Tatum’s brief contract dispute. He issued a statement however, wishing the movie all the best.

Channing Tatum remains attached to star in the movie, which is set to begin filming early next year, alongside Mission: Impossible – Ghost Protocol’s Lea Seydoux, who was recently cast as female lead and love interest, Bella Donna Boudreaux, another mutant from Marvel lore, who has the power to project plasma blasts. The movie’s villain remains unknown, though a casting call under false names has possibly hinted at some of the familiar Marvel Comics personalities that may be showing up in Gambit.

Keep dealing Eggplante for all news and updates on Gambit.