The BBC teased big news today, and just recently revealed that it’s very big news indeed for Whovians! Long-running and highly beloved sci-fi series, Doctor Who, currently enjoying the ninth series of its revived run that began in 2005, is getting a third spin-off, which will begin production in 2016. It’s also targeting a debut that same year. 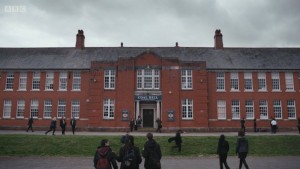 The spin-off, simply titled ‘Class‘ at this point, will be set in Coal Hill School, which has shown up as a frequent destination in Doctor Who recently, as it’s the school where current Doctor companion, Clara Oswald works as an English teacher. The school has popped up several times throughout the long history of Doctor Who before however, dating all the way back to the original run of Classic Who that began in 1963, where it was a key location in the “An Unearthly Child” serial.

Class will be developed by executive producers, Steven Moffatt (who is also the current showrunner for both Doctor Who and well-received Sherlock Holmes modernization series, Sherlock), Brian Minchin, and young adult author, Patrick Ness. The series will involve monsters breaking through time and space, and London being unprotected as the class of Coal Hill become the only hope of survival. The series is said to be similar to the fantastical coming-of-age tone as Harry Potter, only substituting wizardry for the sci-fi/fantasy sensibilities of Doctor Who. 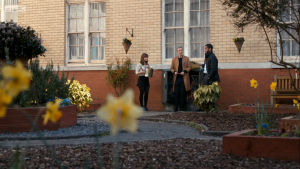 Class will be the third spin-off for Doctor Who to date, following the more dark and gritty Torchwood, which ran from 2006 to 2011, and the more light-hearted The Sarah Jane Adventures, which ran from 2007 to 2011. Both of these series’ spawned from the revived New Who series, though numerous attempts to launch spin-offs were made during the run of Classic Who, even if none ultimately got off the ground.

Doctor Who’s current ninth series airs on Space for us Canadians, and BBC America for those in the U.S., at 9 PM EST on Saturdays.

Keep traveling to Eggplante for all news and updates on Doctor Who, and its spin-offs.