Following from the big gag last week of a Will Ferrell guest character meeting his untimely death after a botched salutation from Carol, “Dead Man Walking” was all about catching up with the other survivors. We also got a very funny amount of ridiculous backstory related to Will Ferrell’s character, Gordon, who was apparently Gail’s lover in the interim where we didn’t see what the group was up to, since Phil and Carol temporarily split from them between Season One and Season Two.

The humour derived from the group having a long and storied history with Gordon was very funny, especially when Gail talked about him as if he was actually a nasty drunk, but they all loved him anyway. Carol uses the opportunity to try to improve everyone’s opinion of Phil, but it doesn’t work, with the group still declaring that Phil is reprehensible, and they’re glad he’s gone. Phil is thus banished to the RV, and things get worse when Carol tries to claim to the group that Phil died while saving her in the Grand Canyon. 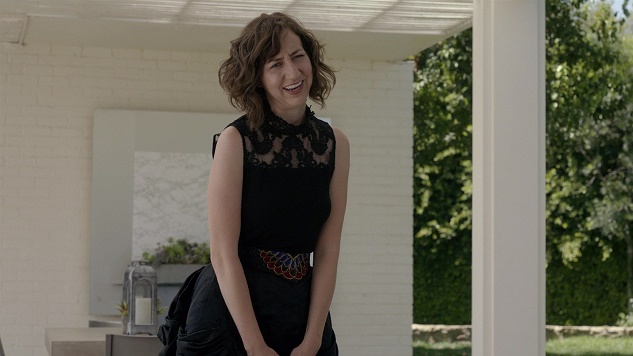 Carol’s outlandish account of how Phil ‘died’ was one of the episode’s highlight jokes, with Carol subjecting Melissa and Todd to a surprisingly detailed, albeit wholly ridiculous explanation, that beautifully played up the bumbling, well-meaning social awkwardness of Carol’s character. She really is trying to get the group to come around to Phil, but every attempt that she makes just makes everything worse. This was all beautifully interspersed with the backstory that gradually unfolds about the late Gordon, whom everyone seems to have liked far better than Phil, despite the fact that he was apparently an outright ogre at times!

Carol’s attempts to keep up the charade of Phil being dead made everything even funnier, with a standout scene being when she fakes mourning for Phil in a black dress on the beach, but wears a veil so that nobody can see that she’s fake-crying. Other Phil even takes a shine to her again, and dumps Erica (who he was apparently romancing in the meantime) to try and rekindle a romance with Carol. Again, this kept piling on some great jokes, as Carol has to try and nudge away the other Phil, without revealing that Phil is actually alive, and hiding in the RV. 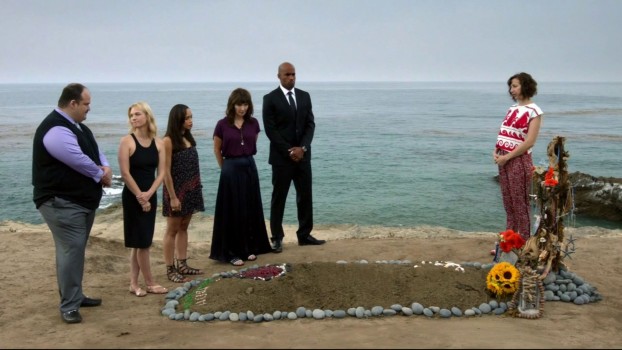 After Carol finally fesses up that Phil is alive, with the group leaving halfway through her explanation, she initially seems to cut her losses, and decides to go with Phil back to Tucson. She quickly reconsiders though, and convinces the group to give Phil another chance… Until Phil bursts in and holds a gun to everyone, demanding that they hear what he has to say.

This scene of Phil begging for forgiveness while waving a gun in everybody’s face, not knowing that everyone agreed to give him another chance seconds earlier, is downright gut-busting! This is a fantastic set of jokes in an episode that is already full of fantastic jokes. It was a scene that was sweet, insane and funny all at the same time. Carol calmly explaining after Phil’s big speech that everyone forgave him afterward was icing on the cake, as was the episode ending with Phil being imprisoned in a stockade that prevents him from moving. That’s probably a fair solution. 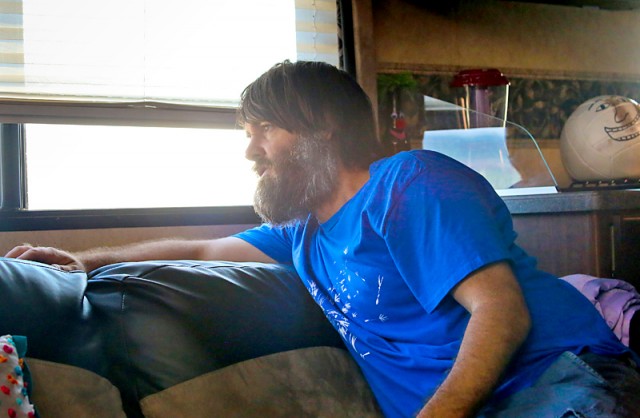 Ultimately, “Dead Man Walking” was a very simple episode, one that relied on a very small handful of jokes, but those jokes were very effective. Carol’s behaviour might occasionally be too obviously over-the-top to some viewers, but even then, the episode was packed with laughs, and could stand as this season’s best episode yet for The Last Man on Earth, if you enjoy the supporting cast beyond Phil and Carol, of course. It’s great to have everyone back together again, and Phil’s unfortunate return to his old community in a new setting ended pretty much exactly the way you’d expect it to.

I don’t think Phil is getting out of his ‘prison’ any time soon.

The Last Man on Earth 2.3: "Dead Man Walking" Review
The Last Man on Earth hit a new high point for the season, as Carol is reunited with the group, and desperately tries to salvage Phil's rock-bottom reputation from last season, to consistently hilarious effect!
THE GOOD STUFF
THE NOT-SO-GOOD STUFF
2015-10-15
92%Overall Score
Reader Rating: (0 Votes)
0%