After taking a breather from the Inhuman drama last week, Agents of S.H.I.E.L.D. naturally didn’t stay away from the Inhumans for long. This week, we catch up with Lincoln, who continues to flee from the ATCU, prompting Daisy and Mack to try and intercept him.

Despite that however, this episode seemed to deliver stronger B-plots, namely the dramatic struggle of Simmons to try and re-adjust to life on Earth, and the vendetta of Hunter to try and infiltrate the new HYDRA roster and get to Ward, which May has now been roped into. The show seems to have divided its characters into informal ‘squads’ for the time being, since Daisy and Mack are consistently paired up now, Fitz and Simmons are naturally tied together in the storyline, and now Hunter and May have made their own pair. We didn’t really see Bobbi much this week, and Coulson was tied up with trying to manage the ATCU problem. 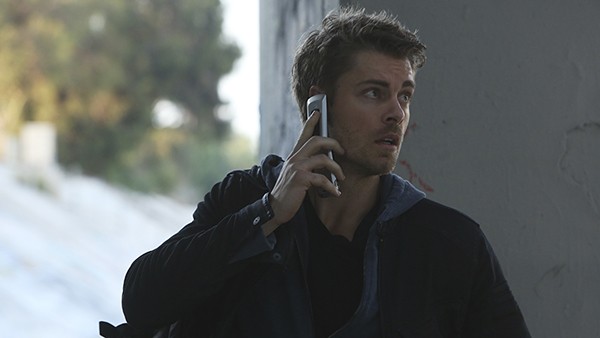 Even if the episode’s best points were its subplots however, the main plot with Lincoln wasn’t necessarily a bust. It just wasn’t quite as compelling, at least, at the start. The Lincoln plot did lead to a very surprising, dramatic climax later on though, as Coulson enters a tense new partnership with Rosalind, to try and save more Inhumans in the long term.

Unfortunately, the odds are against Lincoln being considered a benign threat, as he manages to get in contact with an old friend and hide out for a bit, but things get tense when the guy learns that Lincoln is a wanted fugitive. After trying to call in the ATCU, Lincoln accidentally kills his friend, and is forced to flee in the guy’s car, which he attempted to honestly buy.

Despite last season’s events, and the whole mess with Jiaying, Lincoln was never a bad guy. Even in Season Two, that was apparent. It was effectively displayed again in this episode, as Lincoln is honestly tormented by being dangerous and forced on the run, ironically creating a situation where the ATCU is sort of causing as many problems as they’re fixing. Fortunately, Daisy and Mack manage to make contact with Lincoln before the ATCU gets to him, and… Apparently, Daisy and Lincoln are attracted to each other? What? When did that happen? The two suddenly kiss shortly before the ATCU arrive to mess things up, but it felt like it sort of came out of nowhere. It’s not completely non-sensical, but the show just felt like it pulled this out of its rear end, unfortunately. 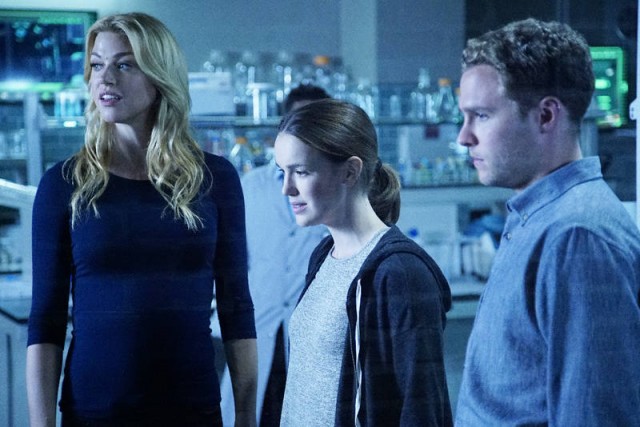 Regardless, this is where the highlight of the Lincoln plot occurs, as Rosalind gets Coulson over a barrel during their next meeting, forcing Coulson to make the choice of antagonizing the ATCU, which would likely see both Daisy and Lincoln caught, and more Inhumans put in danger later, or sacrificing Lincoln as a gesture of good faith for a partnership with the ATCU, thus at least guaranteeing the safety of Daisy. Coulson decides to think in the long-term, and opts to sacrifice Lincoln, which was a great portrayal of an impossible choice for the greater good. It ends up being moot however, as Lincoln gets away from both S.H.I.E.L.D. and the ATCU, again, and the ATCU have to leave because they can’t bring in Daisy. So, this plot sadly kind of felt like a zero sum, even if it did result in Coulson having to make nice with the ATCU, at least for now.

As for Simmons, we got another great dimension of why Elizabeth Henstridge is one of the best actors on this show. Simmons tries desperately to get back into her old routine, with Fitz helping to bring her back around the lab that she painstakingly built (which is one of the only times that Bobbi pops up), and noticing that even Simmons’ neurotically customized lab can’t get a positive reaction out of her. Soon afterward, Fitz finally takes Simmons on the dinner date that he promised her before she got gobbled up by the monolith at the end of Season Two, having held the reservation for the entire time that Simmons was gone, and even clearing out the restaurant to avoid upsetting her strained senses. Aww… Still, things become a bit difficult, as Simmons breaks down in tears, overwhelmed by both Fitz’s sweetness and her own trauma, and the scene ends with Fitz attempting to comfort her. It probably wasn’t the date either of them wanted, but the effect was achieved well, and it genuinely feels like these two will be fine, even after both of them went through some very hard times since Season One.

Apparently though, getting Simmons back isn’t going to be completely cut-and-dry. Simmons is visited by Bobbi right as the episode ends, still unable to sleep, and perpetually overwhelmed. She then tells Bobbi that she has to return to the alien world. Ohhh, dear. I’m assuming at this point that Simmons’ merry little adventure is going to play a bigger part this season than anticipated. Given that the monolith came from the Kree, it will no doubt tie into the rise of Inhumans in a big way later this season. 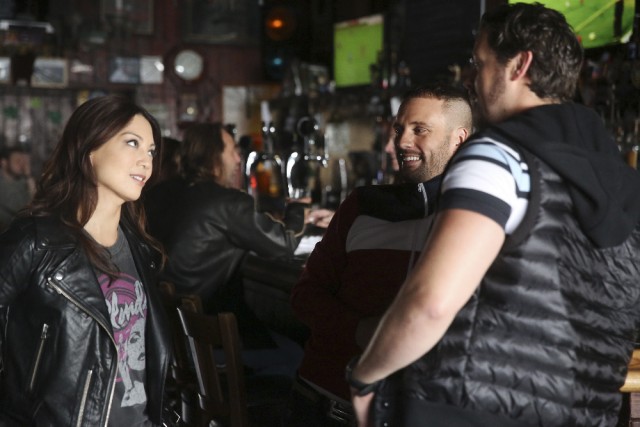 Finally, Hunter and May really excelled this week, despite being removed from all of the Inhuman drama. Hunter makes contact with an old buddy in a bar, netting him a chance to move up the ranks of HYDRA, if he wins a simple fight. May, being the superior fighter, wants to volunteer in Hunter’s place, but Hunter says no, since a tiny Asian woman taking down a big, tough man in a fight would obviously tip off Ward that S.H.I.E.L.D. is coming for him. Unfortunately, Hunter ends up fighting against his bar buddy, who just so happens to be twice his size. Damn.

May gets taken aside by a few goons, giving us another welcome chance to see that her fighting skills haven’t decreased since her time away from the action. After taking down three big bruisers pretty effortlessly, May tells them to tell their friends that a tiny Asian woman just kicked their asses. Is this going to come back to haunt S.H.I.E.L.D. later? Maybe, though possibly not, considering those bruised egos. It was nothing compared to Hunter however, who inevitably gets beaten senseless by his friend, though Hunter soon after takes out some brass knuckles that he’d smuggled into the fight, savagely wailing on the guy until he collapses, not breathing. Holy crap, did Hunter just kill his buddy with his bare hands?!

This was a fantastic moment, not just because of the disturbed reaction from May (who, need I remind you, just took beat down several guys in the basement pretty casually, though not to the point of life-threatening injuries), but also because it really spoke to how much Hunter is willing to fight to see through his revenge on Ward, even if it means killing whoever gets in his way. Naturally, Hunter gets in to HYDRA soon after, and it looks like he’ll be leaving more hats on the ground soon. 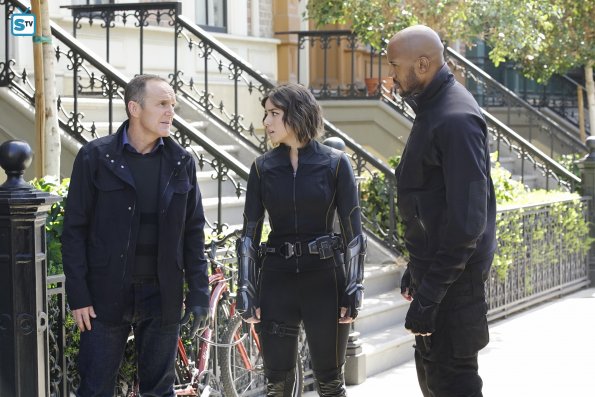 Agents of S.H.I.E.L.D. carried quite a lot of dramatic weight this week, and almost all of it was to great effect. The Daisy/Lincoln attraction kind of came out of nowhere, and it’s annoying that Lincoln somehow slipped through everyone’s fingers again, but regardless, this was a strong episode that gave all of the leads some standout moments. Also, don’t screw with Hunter. Seriously!

Agents of S.H.I.E.L.D. 3.3: "A Wanted (Inhu)man" Review
Agents of S.H.I.E.L.D. got dramatic and emotional this week, as Simmons struggles to re-adjust to her life, Lincoln finds himself on the run, and Hunter goes to extraordinary means to carry on his vendetta against Ward and HYDRA.
THE GOOD STUFF
THE NOT-SO-GOOD STUFF
2015-10-16
87%Overall Score
Reader Rating: (0 Votes)
0%