It looks like The CW’s DC Television Universe has officially become the DC Television Multiverse, at least for The Flash, as “Flash of Two Worlds” brought two different incarnations of The Flash together on a shared quest to stop the latest metahuman-of-the-week terrorizing Central City. The episode’s progression felt strangely plodding in some places, considering that we’re supposed to have a two-for-one Flash deal this week, but the episode was still a good one, even if Jay Garrick not having his Flash powers in the main universe of Earth-One, where the DC Television Universe unfolds, is a bummer.

Naturally, Jay has some explaining to do, after simply waltzing into S.T.A.R. Labs like it’s no big thing, and claiming that he’s from a parallel universe, that being Earth-Two. Apparently, Jay was sucked into a portal that mysteriously opened during a fight to the death with his arch-nemesis, Zoom, which first took his helmet, hence the appearance of Jay’s iconic winged helmet being spat out from the singularity in the Season One finale. The crew is able to return Jay’s helmet, but since Jay has lost his powers, there’s no real proof that what he’s saying is true… Yet. 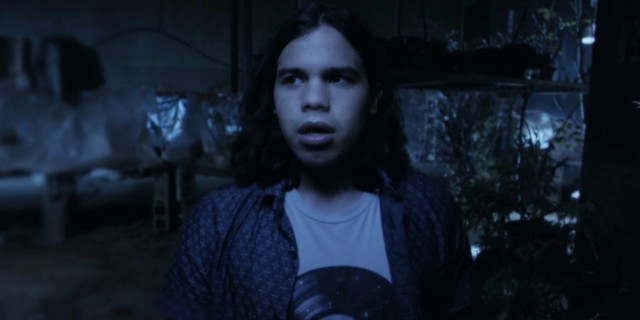 There is certainly some evidence that the fabric of space had some holes poked in it from the singularity however, as Cisco and Dr. Stein manage to document 52 (because DC) breaches in the universal framework across Central City, one of which is right smack in S.T.A.R. Labs itself. Jay warns of inter-dimensional threats that can now attack the city, raising the stakes for the continued struggle against metahumans, and this really hits home when Zoom sends another metahuman from Earth-Two, Eddie Slick, a.k.a. Sand Demon (yet another very obscure DC Comics baddie from New Earth), into Earth-One to go kill The Flash. As his moniker suggests, Slick has the ability to morph into sand, and this makes him almost impossible to catch, on top of making him a dangerous baddie to fight.

As all this is happening, Detective West is dodging the request of an upstart new CCPD officer, Patty Spivot, to join his now empty anti-metahuman task force, which was decimated by Atom Smasher during the season premiere. Patty proves relentless and very capable in both forensics and general police work, even hitting it off with Barry on the job quite nicely, foreshadowing a romance between the two, particularly since Patty ended up replacing Iris as Barry’s primary love interest in DC Comics lore, after the New 52 reboot. The interactions between Patty and Barry were very amusing, and Patty even apprehends Slick to prove her aptitude for the job! Well… that was easy, and a bit embarrassing for Barry!

Oh, but, whoops. Patty apprehended the Earth-One Slick, who apparently doesn’t have metahuman powers, and has no idea why he’s been arrested, despite his own criminal priors with the CCPD. Slick only became a metahuman in Earth-Two, where he’s a recurring foe of Jay Garrick. This kerfuffle ends with the Earth-Two Slick approaching soon after the Earth-One Slick is let go, this being the real Sand Demon, and Sand Demon incapacitates West before kidnapping Patty, in an effort to bait Barry. 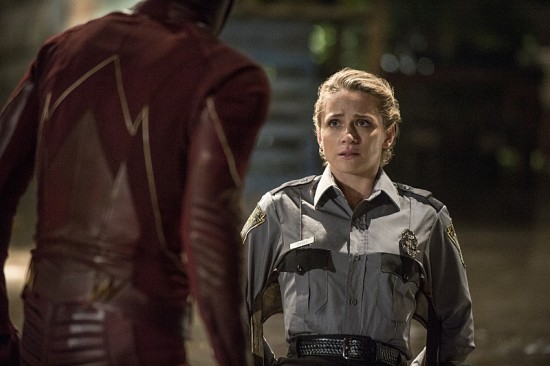 Since Barry failed to apprehend Sand Demon once already, Jay lets him on in a tip with his powers, claiming that Barry can use the lightning generated from his super-speed as a one-off energy blast against foes. If he connects the blast with Sand Demon, the metahuman will turn to glass, and likely be destroyed. Naturally, Barry struggles with this tactic right up until Cisco manages to locate Patty, on account of another vision that he has of an event in the recent past, related to inter-dimensional disturbance from the presence of Sand Demon.

At this point, Cisco confesses what’s been happening to him to Dr. Stein, even bluntly using the term, “Vibe”, foreshadowing his future identity as the DC superhero of the same name. Stein wants to tell everyone, though Cisco demands that he keep quiet for now. I hope that Cisco isn’t constantly used as a convenient metahuman-locating Deus Ex Machina at this rate, though if used sparingly, tying his origin as Vibe into the dimensional disturbances is reasonably clever. 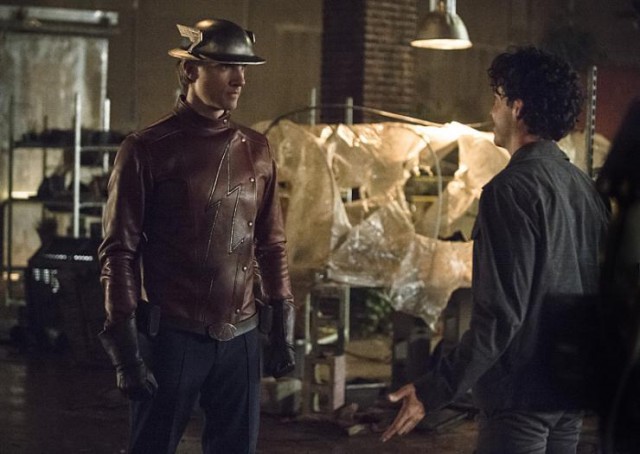 Jay decides to go in his Flash costume to try and distract Sand Demon, with Barry then rushing in, and inevitably finally getting the tricky energy bolt maneuver right, turning Sand Demon to glass, shattering him, and presumably killing him. Honestly, it was a bit of a lame final duel with yet another disposable, forgettable metahuman, though the moment afterward, where Patty’s call for The Flash leads to both men jogging for her on opposite sides of a wall, a neat throwback to Barry’s first comic book appearance together with Jay in the 1950’s, was very cool. That’s why it sucked that Jay didn’t have his powers this episode, since it sort of undercut the whole appeal of a two-Flash team-up.

Regardless, Patty is finally accepted into West’s task force, essentially making her the replacement for the late Eddie Thawne, and Dr. Stein finishes explaining the inter-dimensional quirks to the S.T.A.R. Labs crew, before collapsing. An epilogue then unfolds, presumably showing an alternate universe, where S.T.A.R. Labs has flourished as a leading scientific organization, and a tour guide shows some school children around. The children then have the privilege of meeting the founder and head researcher at S.T.A.R. Labs, the global hero and scientific icon… Harrison Wells! But, is this a good, genuine version of Wells? Or is it another Reverse Flash for Barry to battle against? Looks like we’ll have to find out later. 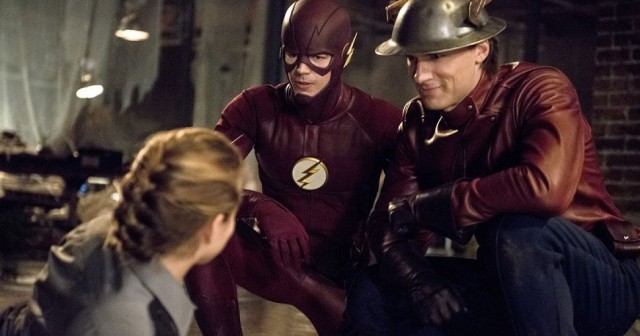 “Flash of Two Worlds”, considering its epic title, didn’t totally deliver on its promise, but the episode’s stories were still pretty strong overall. It’s still annoying to see yet another throwaway metahuman-of-the-week serve as a villain, and Jay Garrick not having his Flash powers on Earth-One felt like a cheat, but the episode is setting up a strong framework for a new level of threats across dimensions, particularly now that we’re starting to scratch the surface of the magnitude of danger that Barry and co. will soon be up against!

The Flash 2.2: "Flash of Two Worlds" Review
The Flash delivered several good storylines this week, though its Jay Garrick/Barry Allen team-up was ultimately a disappointment, suffering from yet another throwaway metahuman-of-the-week.
THE GOOD STUFF
THE NOT-SO-GOOD STUFF
2015-10-16
84%Overall Score
Reader Rating: (0 Votes)
0%