Recently, there was some buzz about Thor possibly getting a rather mighty companion for his third big screen adventure in 2017, Thor: Ragnarok. Now, official Hollywood source, Variety has confirmed the news, claiming that Mark Ruffalo is in final negotiations to reprise his role as Bruce Banner/The Hulk in the upcoming Marvel Studios movie! 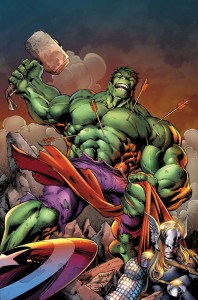 Variety merely confirmed the plans to have Hulk team up with Thor in the movie, though not much else was verified beyond that. It’s widely believed however that this team-up will pave the way not only for Thor and Hulk allying again for the two-part Avengers: Infinity War in 2018 and 2019, but also for a new solo Hulk movie, inspired by the popular Planet Hulk saga from Marvel Comics lore, which saw The Hulk banished to a hostile alien planet, and engaged in gladiator-like battles to the death with cosmic threats.

Unverified reports claim that Thor: Ragnarok, which will serve as a ‘key’ movie for Marvel Studios’ Phase Three movie slate, according to Marvel Studios boss, Kevin Feige, will also feature the Asgardian heroine, Valkyrie as part of its story, and will have Marvel witch, Enchantress serve as one of the primary villains of the movie, alongside a returning Loki. Jaimie Alexander is also confirmed to be returning as Asgardian warrior, Sif. Any other details are unknown however, though the title would suggest that either Asgard will end up destroyed by the end of the movie, as with the Ragnarok battle of Norse mythology, or the movie may also incorporate a clone of Thor as another threat, who was called ‘Ragnarok’ when he became a menace in Marvel Comics canon.

Interestingly, Ragnarok was a cyborg that ended up being manufactured to fight for the pro-registration side of Marvel Comics’ Civil War event, which will be adapted next year for next May’s Marvel Studios movie, Captain America: Civil War. As far as we know however, Thor and Hulk will be entirely absent from Captain America: Civil War, though all of the other original Avengers team members will feature in the movie in some way. It’s likely that Thor: Ragnarok will explain their absence from the MCU’s Civil War conflict, since Marvel Studios previously confirmed that Thor: Ragnarok takes place immediately after the conclusion of this year’s Avengers: Age of Ultron, and likely unfolds virtually concurrently with the events of Captain America: Civil War, as those unfold back on Earth. Thor: Ragnarok meanwhile is said to take place on an extra-terrestrial world that is not Earth, and not Asgard either. 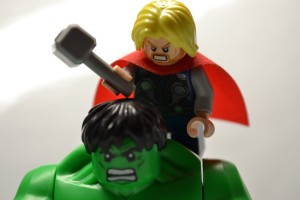 Thor: Ragnarok is scheduled to hit theatres on November 3rd, 2017. Alan Taylor will not return to direct after helming 2013’s previous Thor: The Dark World, though Taika Waititi of Flight of the Conchords fame is currently working out a deal to helm the threequel.

Keep summoning Eggplante for all news and updates on Thor: Ragnarok, and other big developments in the Marvel Cinematic Universe.