For the most part, this revival miniseries has sadly seemed dead-on-arrival, with too many vague or frustrating storylines, unappealing characters, and a general air of plodding, self-important setup to too many disappointing payoffs. Fortunately, “Game Over” finally took some much-needed steps forward for Heroes Reborn, finally adding a real sense of high stakes to the show, and better utilizing cast members that have otherwise just spent most of the miniseries up to this point doing little else but wasting time.

Best of all is that a major veteran of the original Heroes cast finally returned to the series this week, and this finally had Ren and Miko fitting into the larger storyline to good effect… Well, mostly good effect. They still raise far too many questions in contrast to everyone else, but at least it led to a good result, as Miko turned out to be a fake creation by the creator of Evernow, and not his real daughter, who somehow served as the only key to releasing Hiro, who was trapped in the Evernow video game, which somehow allowed Renautas to exploit his powers so that they could take a bunch of Evo’s and other such things to the future, presumably after the great disaster that is soon coming for Earth.

Now, on the one hand, Renautas exploiting Hiro the same way that they did Molly Walker was a great twist, especially with how much it made sense for the overarching story. I’m going to savour that, because Heroes Reborn so rarely offers this level of organic storytelling, sadly. On the other hand though, the way that Hiro returned to the miniseries was still narratively dicey at best. How the hell does one trap someone in a video game, especially someone like Hiro, who can manipulate time and space?! I get the idea of putting him in an area without time and space as the perfect prison, but this doesn’t answer the question of how you can somehow imprison someone in a video game that’s sold to the public, and yet still exploit his powers somehow, even when he’s in cyberspace. Maybe Miko’s, “Father” is somehow an Evo that has similar abilities, and can place people in cyberspace, but the miniseries didn’t make that clear at this point, and even if that’s true, that’s quite the convoluted way to take Hiro out of action, and then later bring him back with the sacrifice of Miko, especially since Ren just walks away after falling in love with Miko afterward, possibly even exiting the miniseries as a whole there.

Still, it’s not worth dwelling on the weirdness of Hiro’s imprisonment too much, because the reunion between Noah and Hiro was quite satisfying and well-earned, even if it came at a cost. After Noah tortures Harris Prime for a bit, and Taylor branches off to begin spreading the word about her mother’s true plot (and not really doing much else this week), Noah and Quentin manage to make it to the secret Renautas facility that we’ve glimpsed several times, where Evos and other repopulation efforts are being warped to the future, to build a new world order after the disaster, and naturally one that Erica is serving as the overseer of. This results in a pretty thrilling sequence of having to race against time to rescue Hiro, after they discover how Ren and Miko fit into things, and in the process, Quentin even tries to reason with his sister… And gets killed for it.

Yep, Quentin actually bought the farm in this episode, which helpfully gave a great sense of urgency and consequence to Noah’s key storyline. He even had a pretty emotional goodbye, as Quentin asks Noah if he saved his sister, who gets tackled and neutralized as she’s killing her brother, with Noah responding that he did good, before Quentin gives up the ghost. Sure, it’s entirely possible that the show is just killing off Quentin to replace him with Hiro now, but considering that he was often useless and annoying, Quentin actually had a pretty solid exit. I must say however that I’m looking forward to the new dynamic between Noah and Hiro, especially as the episode ends with Hiro taking Quentin back to the big Odessa disaster in the past, with Noah promising that he has a plan, even if Hiro won’t let him alter history. 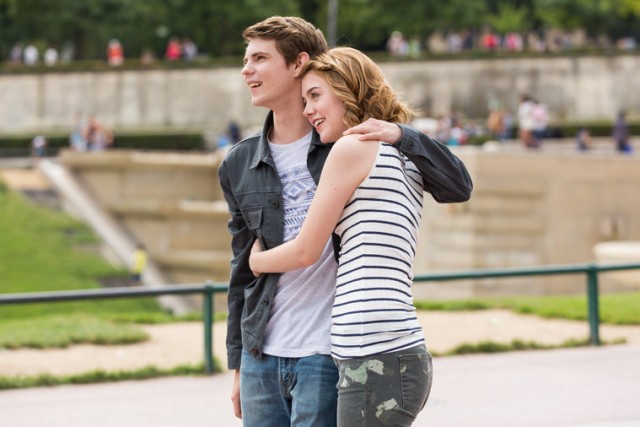 Even Luke Collins kind of got a good storyline this week, though his character is still far from likable. Still, he actually gets a nice new pairing with Malina, who saves his life after he attempts to drown himself in grief, following one final phone call to Joanne, who mercifully is still not showing up. The show seems to be sticking with Malina having wind manipulation powers now, and it’s good that it finally made her abilities clear, since the early episodes kind of confused exactly what Malina’s abilities were supposed to be. In any case, Malina serving as the vehicle of Luke’s redemption is actually not a bad idea, especially as it turns out that the mysterious person in the envelope that Malina must seek turns out to be Tommy Clark, the other person who is supposed to, “Save the world.”

Speaking of Tommy, he continued to be one of the miniseries’ better characters this week, as he whisked Emily off to Paris, desiring to get away, after so much stress from his mother, being captured, and learning of his destiny. Honestly, the miniseries didn’t have this story arc come off as a waste time at all, and that’s very commendable. We learn a lot about how Tommy wants to defy the world’s hatred of Evos, even going as far as to try and muscle his way into the Eiffel Tower, and we also learn the true depth of how much Emily cares for Tommy, chastising him for his recklessness, which naturally leads into a nice, well-earned make-out session for the two as Tommy’s storyline ends this week. Hey, we all knew it was coming, and once again, Tommy’s earned it! Immediately beforehand, we even get a nice throwback to 9th Wonders, with Emily suggesting that Tommy could learn a lot from comic book superheroes, which used to be big in the Heroes universe, just like ours at present, before Evos kind of took the fantasy out of them.

The only character that this otherwise strong episode still couldn’t quite salvage is Carlos, who is now the only one that still doesn’t feel like he’s quite fitting into the larger storyline of the miniseries. Carlos tortures Detective Dearing this week, forcing him to take him to the secret Renautas facility, which cops apparently drop Evos at for payouts, despite Dearing also being an Evo, and somehow getting away with that. How exactly did Dearing dodge registration again? You’d think that cops would be the ones least likely to dodge it! Anyway, Dearing gets Carlos to the facility where his nephew and father are likely being held, and, since Carlos doesn’t have any powers (finally, Heroes Reborn bluntly confirms this), Dearing makes him take some sort of drug that generates a false positive, to have the screeners think that Carlos is an Evo, and a bounty that Dearing is smuggling in. Carlos then passes out, with Dearing conveniently leaving that part out. That’s all that happened with him this week. It’s slight forward momentum, but it still has Carlos existing too far outside the overarching plot. Hopefully that gets remedied next week. 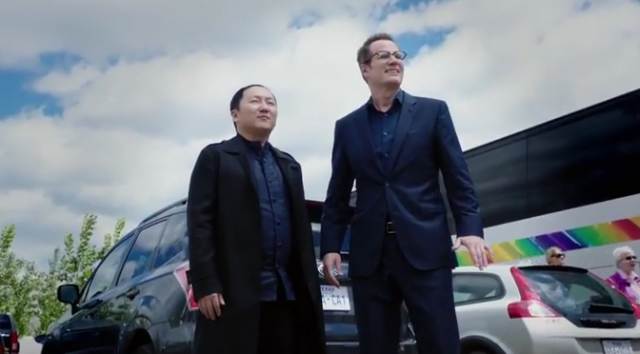 That said however, Heroes Reborn is finally starting to get better, and hopefully, it stays on this uptick in quality, now that it’s more or less reached its halfway point. Maybe a strong episode like “Game Over” is too little, too late for many frustrated Heroes fans and new viewers that have been let down by the miniseries so far, but at least it’s progress. I’ll take progress.

Heroes Reborn Episode 6: "Game Over" Review
Heroes Reborn finally improved significantly this week, and finally brought most of its narrative together under a renewed sense of high stakes, with some casualties sustained along the way, and a much-loved veteran Heroes personality finally making his return!
THE GOOD STUFF
THE NOT-SO-GOOD STUFF
2015-10-23
82%Overall Score
Reader Rating: (0 Votes)
0%