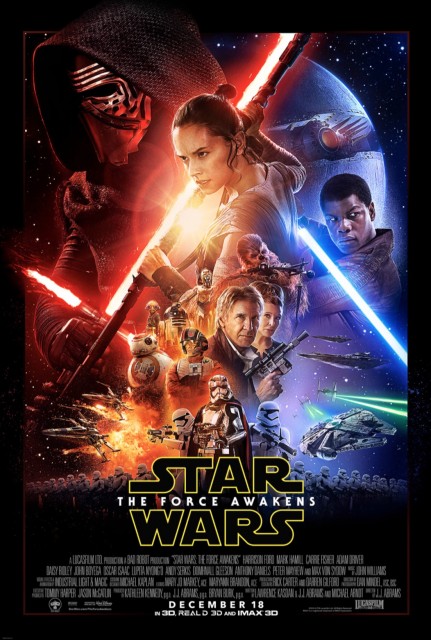 In 2016, Canada will be the first country to get Star Wars: The Force Awakens via Netflix.

The streaming service will not be able to offer the movie anywhere else due to the timing of Disney’s distribution deals and scheduling that happened to play in the Great White North’s favour.

The movie will come to Netflix approximately eight months after the movie exits its theatrical release, a Netflix representative confirmed to Variety. With an expected three to four month release, the movie could arrive on Netflix as early as November 2016, though it may not land until early 2017.

We expect the home and digital release of The Force Awakens to hit shelves (and digital countertops) in time for next holiday season, meaning Canadians who want to see the movie again could get it for free under their $9-per-month Netflix membership.

Netflix’s Chief Content Office Ted Sarandos confirmed last week that the company is trying to get the licensing rights to the previous films in the franchise, though rights for the original film in the series, Star Wars, is currently held by 21st Century Fox.

We’d love to see Star Wars: The Force Awakens on Netflix sooner rather than later, but we’re just revelling in the notion that Canada may get the film to its streaming services before any other nation on the planet. And for now, that’s pretty cool.