Agents of S.H.I.E.L.D. wildly deviated from its usual format this week, with an entire episode centered on the account of Simmons’ survival on the mysterious alien planet that the monolith warped her off to. The result was one of the best episodes in the series’ history to date, as “4,722 Hours” was an absolute triumph in every possible respect!

Even shouldering an entire episode by herself, Elizabeth Henstridge effortlessly dominated the lead part as the only personality on display for the first half of the episode. “4,722 Hours” begins immediately at the point of Season Two’s end, when Simmons is first sucked into the monolith, and chronicles how she initially believed that she could wait for her team to rescue her, before having to settle in to a lengthy stay of several months, fending for herself on a desert planet with barely any water, and hostile creatures that seem intent on hunting uninvited guests. 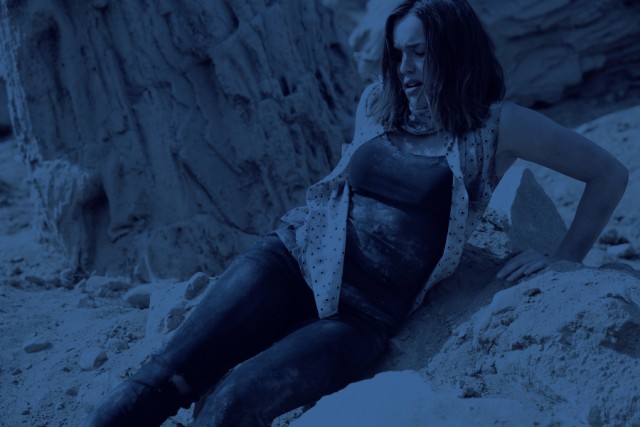 It’s hard not to think of 20th Century Fox’s recent hit movie, The Martian as one watches this episode, since that’s what it feels like, only, with a Marvel Cinematic Universe twist replacing the hard science this time. Like The Martian, this episode succeeds not due to its harrowing survival story (although this is still very well done), but because of its surprising humour and uplifting charm. Seeing Simmons avoid being eaten by a mysterious underwater plant, only to capture and cook the plant when she successfully starts a fire, is immensely satisfying, and will remind you why Elizabeth Henstridge is one of the best actors on this series, by a landslide!

Likewise, Henstridge also perfectly captures the initial optimism, and gradual despair of Simmons, particularly as she longingly looks at her depleting smartphone to view footage of her fellow S.H.I.E.L.D. agents back on Earth, namely Fitz, whom she naturally frets about, particularly since it means missing their date. The emotion conveyed from Simmons by herself in this episode is the most emotional and heart-wrenching that Agents of S.H.I.E.L.D. has ever been. This is normally a popcorn show that’s meant to be fun first and foremost, much like the bulk of the movies and TV shows set in the Marvel Cinematic Universe, but it’s quite capable of delivering fantastic drama when it hits its stride, much like it did with Hunter’s increasingly bloodthirsty obsession with tracking down and killing Ward in former episodes this season. Even that however feels outclassed by the incredible story of Simmons’ survival in this episode though.

Fortunately, Simmons doesn’t spend the entire episode alone, as she eventually ends up in a crude trap set by long-lost NASA astronaut, Will, who was sent to the mysterious planet through a similar portal in 2001, and has been marooned there ever since. Simmons is initially distrusting and impatient with Will, as he is to her, and the two get off to a rocky start, as is expected, since they’re both naturally on edge from being stuck on a desert planet with limited resources, hostile alien life, and no real sunlight.

Over time however, Simmons and Will open up about their former lives, and gradually build a friendship. The two nicely keep each other in check, with Will being all doom and gloom, and Simmons being almost naively hopeful. They help each other stay balanced, and life becomes easier, thanks to the other person’s presence. Things really elevate however when a plan by Simmons to get back home ends up failing, at the cost of her remaining cellphone battery, and the two share an embrace, and then a kiss, beginning a romantic relationship.

This very nicely explained why Simmons wanted to return to a place this terrible; Unbeknownst to everyone else, Simmons was pulled away from the man she had fallen in love with, who is presumably still on that hostile alien world. This also explains Simmons’ awkwardness when she finally did get on that date with Fitz, and why she broke down into tears. It was easy to assume that it was her experience alone that broke her. The audience would never stop to assume that Simmons had met and fallen for another man in an unlikely place such as that, but upon the reveal of this twist, it makes sense. 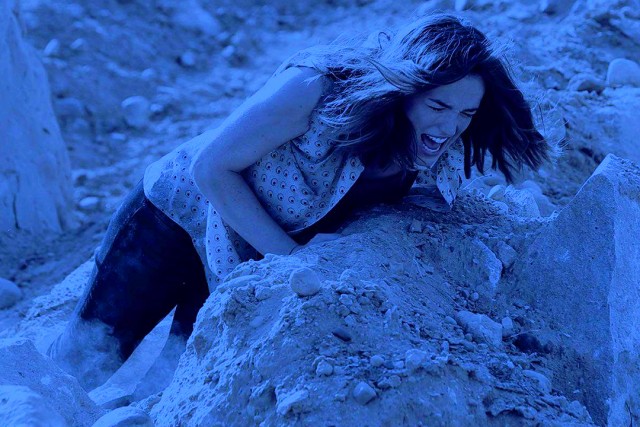 Of course, things still aren’t easy, since Will warns Simmons of a “No Fly Zone” where an especially dangerous being is said to hang out. The mysterious thing apparently drove two of Will’s former colleagues to suicide, and forced Will to kill another when he was rendered insane and violent. The planet itself appears to be alive, with its will manifesting as the creature that Will warns of. This begs the question of whether this planet is potentially Ego the Living Planet from Marvel Comics lore, which would be a very cool twist for Agents of S.H.I.E.L.D., and a very clever way to incorporate Ego into the Marvel Cinematic Universe! Ego is affiliated with the Kree after all, and the Kree monolith reacting to the mysterious planet’s lunar cycles would seem to suggest further evidence of that possibility. I guess we’ll have to see.

Regardless, the planet’s evil will manifests again, right as the flare Fitz shot into the portal that Daisy opened during the events of “Purpose in the Machine” from a few weeks back is seen. Simmons and Will rush for the flare, but the planet separates them with a sandstorm, which is when Fitz pulled Simmons back to Earth, leaving Will stranded. The episode then reveals that Simmons is recounting the story, including her relationship with Will to Fitz, immediately after the events of last week’s episode, “Devils You Know.” Fitz initially seems distraught and angry, rushing out of the room and into the lab, though when he finally speaks up, he reveals that he will find a way for Simmons to retrieve Will without hesitation. The episode then ends here. Got to hand it to Fitz. That man is a real trooper, even when he’s been hit with the umpteenth setback in his attempt to romance Simmons. 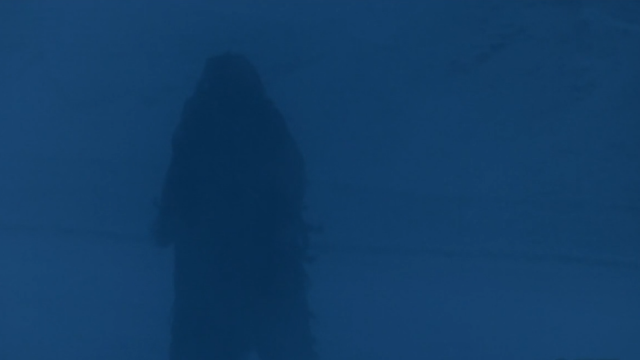 In any case, I can’t stress enough how fantastic and bold an episode like “4,722 Hours” is for Agents of S.H.I.E.L.D. It’s a hugely successful experiment that tells us everything we need to know about Simmons’ time on the mysterious alien world, and why she would ever want to return. Even with a complete break from the Inhumans and HYDRA this week, Agents of S.H.I.E.L.D. hit a new high point, once again proving that it can be so much more than the immediate concerns of a fallen government agency!

Agents of S.H.I.E.L.D. 3.5: "4,722 Hours" Review
Agents of S.H.I.E.L.D. delivered one of the most bold, shocking and excellent episodes in the history of the entire series this week, fully recounting the important elements of Simmons' long struggle to survive in a hostile alien world, with flawless drama and heart.
THE GOOD STUFF
2015-10-29
98%Overall Score
Reader Rating: (0 Votes)
0%