At E3 this year, Microsoft talked about having the best gaming lineup in its history this holiday season and into 2016. While we can’t yet gauge the quality of its 2016 releases, we’re confident enough to say that the company delivered on its promise of the best holiday lineup in gaming history.

This year not only saw the remaster of Gears of War in an effort to reintroduce players to the series that has been otherwise missing from the Xbox landscape since 2013’s Judgment, it brought with it triple-A titles, new hardware, a new software experience, as well as excellent excuses to play third-party games first on Xbox One.

Following Gears of War, we begin with September’s Forza Motorsport 6 met with critical acclaim across the board, earning a 90% rating on Eggplante, matched with an 87% on Metacritic.

Halo 5: Guardians launched last week and has routinely been called the best multiplayer since Halo 2, if not the best in the series so far. The game earned 93% on Eggplante, while Metacritic puts it at a slightly lower 85%, largely due to some gripes about the single-player story.

Next Tuesday, both Rise of the Tomb Raider and Bethesda’s behemoth Fallout 4 launch, and while the latter will be available on PlayStation 4 and Windows PCs, the game will bring PC mods to the console before they go live on PlayStation. The Xbox One version is also the only game to come bundled with the Xbox 360 title Fallout 3, which will be playable this holiday season as backward compatibility goes live on Microsoft’s box.

While we can’t actively discuss Rise of the Tomb Raider until Monday due to our review embargo (and the fact that we’re not completely through reviewing it), we can say that as one of many anticipated titles of the year, Lara Croft brings action-adventure to the table in a way that no other platform has this year. And Xbox 360 gamers yet to take the plunge into Xbox One are also able to get their hands on the game as it is likely the last triple-A title to hit last-generation consoles.

When Star Wars Battlefront launches on November 17th, despite being heavily tied to PlayStation platforms, the game will actually be playable first on Xbox One via the EA Access program. Sure, there’s a yearly subscription fee of $30, but that not only lets you play Battlefront a full five days earlier, it also grants access to a large chunk of EA’s back catalogue of games, including Battlefield 4, Titanfall, Dragon Age: Inquisition, and a bunch of sports games, among other titles. 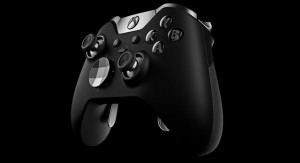 Some might argue that Call of Duty: Black Ops III has a Playstation timed-exclusive for downloadable content, lending to the game being better on Sony’s platform. To that end, however, the DLC in question won’t launch on the platform until late-January 2016 at the earliest (assuming Activision follows the same release schedule as previous entries in the franchise), meaning the game will be virtually identical on all platforms at launch this holiday.

On the hardware front, Microsoft also offers the greatest variety of bundles in an effort to attract more gamers of any age, including a bundle with LEGO, a bundle with Lara, and a bundle with Locke, among many others. The company also release their astonishingly great Xbox Elite Wireless Controller for pro and fanatical gamers alike, and simply put, it’s the best controller we’ve ever used.

Top all that off with The New Xbox One Experience that is entirely redesigned and faster than ever, not to mention more beautiful and functional that it ever has been. And before the year is up, Microsoft slips the switch on backward compatibility, bringing hundreds of Xbox 360 titles to the Xbox One.

Given that Microsoft has something for everyone–racing fans, shooter fans, RPG fans, and action-adventure fans all have incredible games to play on Xbox One this holiday–it is undeniably clear that they’ve created the best Xbox lineup in history, and perhaps one of the strongest, if not the bona fide strongest holiday lineup of all time.

What is your favourite Xbox game hitting the holiday season this year? Let us know on Twitter and Facebook, or in the comments below!