We said it last week: Fallout 4 is coming out at the wrong time. In addition to thinking that the game may be up against some stiff competition (despite its status as juggernaut franchise), lots of users are reporting seeing bugs in the game across all platforms, including huge dips in framerate. Some websites are even posting guides to help gamers improve their experience.

So it begs the question: what if the game had a bit more polish? If it followed our initial suggestion of a February release date, Bethesda would have about three months more to work strictly on polishing the game. It doesn’t need any more content–conservative estimates put the entire game at roughly 150-200 hours–but the extra spit-shine over the game could have elevated the title from the 90% range that it’s in on Metacritic (different versions have slightly different scores) into the mid-90s, or even to a perfect 100. 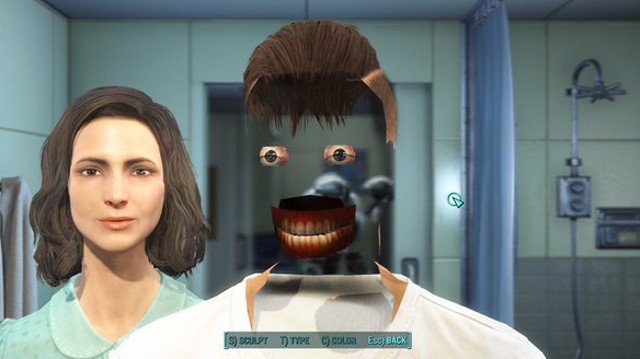 Just one of the (terrifying) bugs you might find in Fallout 4. Assassin’s Creed Unity, anyone?

Bethesda wouldn’t likely see a drop in game sales had they released in the early Spring; in fact, sales of the Xbox One console bundle would have likely been higher in February or March when Microsoft presumably discontinues at least a few of their Xbox One bundles.

Perhaps it would have made sense for Bethesda to release the PC version of the game first as they can arguably get content patches to gamers quicker (no need to go through Microsoft or Sony to get them uploaded via their respective marketplaces), and it would allow the team to focus on releasing a stellar product for consoles early in 2016.

To that end, Fallout 4 sales may have been stronger had Bethesda gone with a split release between PC and consoles. The modding community on PC would have been active for a few months, adding more incentive to Xbox One console owners (and eventually PS4 owners) as the volume of custom weapons and items would have been that much greater.

Regardless, Fallout 4 came out when it did (today, in fact), and Bethesda is likely going to rake in a huge cash cow with the franchise. We just can’t help but ask that, if Todd Howard and his team really are doing this all for the love of gaming itself, don’t gamers who are pre-ordering software–and in some cases, expensive special editions or even console hardware–deserve better? Doesn’t the function of time actually help deliver a better product?

Perhaps that just isn’t the case for some companies.

Our review of Fallout 4 is forthcoming as we continue to put the game through its paces.