After taking last week off, The Last Man on Earth returned strong with “A Real Live Wire”, an episode that brought a lot of old issues between the two Phil Miller’s to the forefront, and ended with a pretty climactic, earth-shattering revelation that will certainly change the entire dynamic of the group, and the show. Fortunately, the humour didn’t suffer all the while, with this episode being one of the funnier offerings so far this season, beginning with a hilarious opener that has Will Forte’s Phil Miller discovering that the gasoline has expired, and deciding to make do by eating raw waffles, while reversing the sentiment of classic song, “The Heat is On.”

Soon after, Boris Kodjoe’s Phil Miller decides to go on strike, after he becomes fed up with the group disrespecting him, and not appreciating his efforts to fix up the community, and make it a better place. This comes to a head when Phil fails to persuade the group to move out of Malibu, in favour of a more habitable area. The group instead decides that they want to stay put, and live in the now. Yeah, it’s a stupid decision, but sadly, not necessarily an unrealistic one, depending on what kind of survivors you may end up with in a post-apocalyptic group.

With other Phil refusing to fix things then, original Phil tries to continue to earn back the community’s trust and respect by fixing up a new energy source, that being some solar panels that are lying around. Todd also joins him in the endeavour, and after some rather amusing bumbling around with a lack of knowledge or inspiration, the two decide to go in and eat, then return to find that they’ve created a live wire, which Phil exacerbates by poking it with a stick, leading to it shooting around all over the place. This was pretty funny, though I do find it hard to believe that Phil and Todd would be stupid enough to even consider thinking a cardboard box would be a viable power source, among other bumbling speculations. Yes, they’re not handy, but surely, they’re not that clueless!

This still results in a pretty hilarious sequence though, whereupon Phil and Todd try to neutralize the wire by surrounding it with tables and duvets, in hopes that the energy will eventually run out. This only seems to make the problem worse though, and ultimately, Phil is forced to swallow his pride, and try to talk to other Phil in hopes that he’ll fix the problem, and forgive everyone.

Naturally, Carol is debating having a child herself, which we see in a cute scene of her making a pros and cons list. The cons are many, and logic would seem to dictate that having children at this point really is a bad idea, but it’s difficult not to smile when we see the heartwarming, colourful declaration of, “It’s a baby!” fully filling up the pros space. Of course, Carol will still have to run this by Phil, who will no doubt have anxieties of his own.

The episode’s climax meanwhile has Phil confronting other Phil, and asking him nicely to help fix the wire. Phil even says that he has no idea why Carol picked him over other Phil, and that other Phil is objectively the better choice. Nonetheless, other Phil gets angry when Phil demands that he accept Carol’s choice, leading to him punching out Phil, and not appearing to let up, until the group forces him off. This has been a long time coming, but it was still nicely shocking to see other Phil unload like that, with rather violent consequences for original Phil.

After other Phil refuses to go in the stockade for his actions, he soon after announces that he’s leaving Malibu. The final scene of the episode has him packing up, and hilariously ignoring Erica in favour of yet another futile attempt to win over Carol, though Erica interjects by announcing that she is pregnant. The episode then hangs on this note for its conclusion, nicely leaving viewers on the edge of their seat for next week, and effectively capitalizing on the Carol plot, while still maintaining the natural comedy that comes from Carol trying and failing to convince the other women to have babies of their own will. 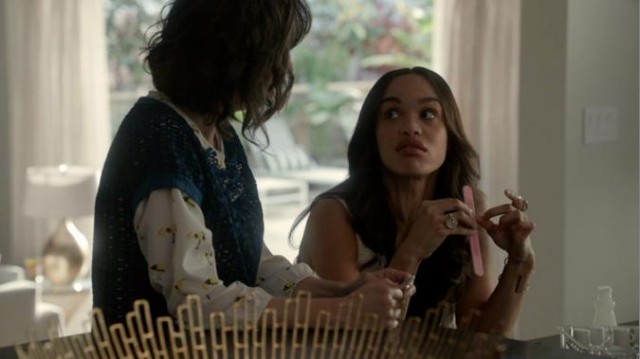 The Last Man on Earth once again proved with “A Real Live Wire” that, when it’s on its A-game, it can deftly balance light-hearted goofiness and pitch dark wit to outstanding effect, making for a pretty superb episode overall. The violent attack by other Phil was an impactful moment, and the declaration by Erica that she’s pregnant came out of nowhere, but in a good way. Looks like it’s not ultimately up to the group whether or not little ones will be joining them. The bigger question now however is, will other Phil stay? Whatever ends up happening though, I hope that next week’s episode comes together just as well as this week’s!

The Last Man on Earth 2.6: "A Real Live Wire" Review
The Last Man on Earth delivered a strong episode after its week-long hiatus, as the two Phil Miller's found themselves in a confrontation, and Carol starts thinking about the future, getting her wish in the most unexpected of ways!
THE GOOD STUFF
THE NOT-SO-GOOD STUFF
2015-11-10
91%Overall Score
Reader Rating: (1 Vote)
75%