With FOX revealing their midseason premiere schedule a few days ago, ABC has now chimed in about what to expect from their shows’ returns and debuts in early 2016. Among these anticipated dates are the premieres of hotly anticipated midseason shows like Galavant and Marvel’s Agent Carter, along with the return of beloved veteran shows after their Holiday hiatus, such as Modern Family, Once Upon a Time and Marvel’s Agents of S.H.I.E.L.D. 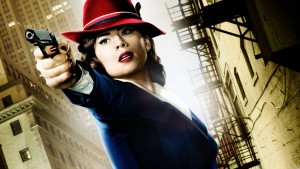 To start, on Sunday, January 3rd, ABC is giving a surprising vote of confidence to medieval musical comedy, Galavant, set for the 8:00-9:00 timeslot, a show that was considered to have just barely scraped its way to a second season. Galavant will also have Sundays to itself on ABC, for the entirety of January and February, with the show then replaced after wrapping in the 8:00-9:00 timeslot, by the return of Disney-inspired fantasy series, Once Upon a Time, starting on March 6th. March 6th will see the proper start of ABC’s Sunday bloc, as new series, The Family will air in its proper timeslot on March 6th, between 9:00-10:00, after a sneak peek on March 3rd, also from 9:00-10:00. Rounding off Sundays starting on March 6th once again will be the return of new series, Quantico, in its usual 10:00-11:00 timeslot.

On Mondays, reality TV mainstay, The Bachelor will make its return on January 4th, running between 8:00-10:00. Fans of Castle are also in for some good news, as ABC has changed its mind about withholding the show until later in the year. Instead, Castle will also return on January 4th, in its usual 10:00-11:00 timeslot. 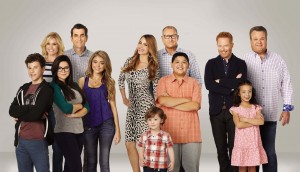 Unsurprisingly, ABC is really pushing Agent Carter as a blockbuster event that they don’t want to waste time on, with the surprise second season of the much-loved Marvel miniseries premiering on Tuesday, January 5th, beginning with a two-hour season premiere between 8:00-10:00, before sitting in the 9:00-10:00 timeslot for the remainder of its run, usually the timeslot of sister Marvel series, Agents of S.H.I.E.L.D. Once the second season of Agent Carter wraps, Agents of S.H.I.E.L.D. will return for 9:00-10:00 on Tuesday, March 8th. Beforehand, ABC will have a comedy duo for the preceding hour, with The Muppets and Fresh Off the Boat returning on February 2nd, at 8:00-8:30 and 8:30-9:00, respectively. Once The Muppets completes its 16-episode order for Season One, Fresh Off the Boat will move back to 8:00-8:30 starting on Tuesday, March 8th, with new sitcom, The Real O’Neals then occupying the 8:30-9:00 timeslot officially, following two sneaks peeks on Wednesday, March 2nd, at 8:30-9:00, and 9:30-10:00. Another series premiere, for biblical drama, Of Kings & Prophets, will then occupy the 10:00-11:00 timeslot on Tuesdays, starting on March 8th, replacing the quickly-cancelled dud, Wicked City in that timeslot.

Wednesdays will initially have another surprise renewal for a low-rated series, American Crime, airing between 10:00-11:00, starting on January 6th. After American Crime wraps its second season on March 9th, Nashville will then occupy the 10:00-11:00 timeslot for Wednesdays, starting on March 16th. Also returning on January 6th however will be ABC’s entire Wednesday night comedy bloc, with The Middle returning to 8:00-8:30, The Goldbergs returning for 8:30-9:00, Modern Family returning to 9:00-9:30, and Black-ish returning to 9:30-10:00. 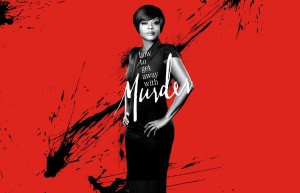 Thursdays will see a new reality TV series, My Diet is Better Than Yours, begin airing on January 7th, between 8:00-10:00, with another reality series, Beyond the Tank, then filling the 10:00-11:00 slot. Both reality shows will have their runs to give Thursday’s Fall shows a break. After they both wrap, starting on February 11th, Grey’s Anatomy will return for the 8:00-9:00 timeslot, followed by Scandal in the 9:00-10:00 timeslot, and rounded off by How to Get Away with Murder in the 10:00-11:00 timeslot. After How to Get Away with Murder wraps with its season finale on March 17th, March 24th will see the debut of another new ABC series, The Catch, in the 10:00-11:00 timeslot.

That seems to be it for the announcements, which points out some conspicuous absences from the Winter schedule. This includes the Friday comedy bloc of Last Man Standing and Dr. Ken, which is especially mysterious, considering that Dr. Ken was given a full season order recently. Fridays in general seem to be up in the air for ABC at this point. Likewise, Blood & Oil is absent from its 9:00-10:00 Sunday timeslot, now replaced by The Family in that slot for 2016, after having its first season’s episode order cut to 10, pretty much confirming that ABC is cancelling the low-rated drama, and simply hasn’t formally announced it yet. Despite its surprise renewal, after largely negative reception and questionable ratings last season, Secrets & Lies is also MIA in the midseason schedule. 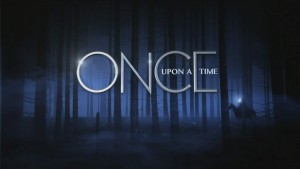 Most shocking of all however is the complete absence of a new series that ABC greenlit for this season, Uncle Buck, which appears to have been benched from the get-go. This is likely due to the surprise success of Dr. Ken, a show that critics and apparently the network seemed to think would fail, given its placement on Fridays, leaving Uncle Buck with no room in the schedule, especially after its trailer was met with negative reception by many TV enthusiasts, and fans of the movie that inspired it. Whatever the case, it’s not a good sign for a new show, if it’s left for midseason, and not even slotted in at that point.

At a glance then, ABC’s Winter 2016 schedule looks like this:

ABC’s decision to give its Fall shows an especially long breather in favour of reality shows for the most part, is quite an interesting one, especially given the sharp decline of reality TV in recent years. It’s cool that Galavant is being given high billing though, after its passionate cult following twisted the network’s arm to renew it earlier this year, and of course, the equally surprising renewal of Agent Carter getting high billing is cause for excitement as well, even if its early placement is also likely to avoid pushing Agents of S.H.I.E.L.D.’s return too far into 2016. 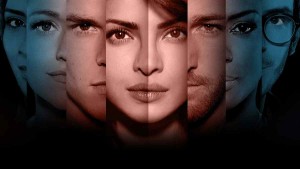 Beyond that though, much of ABC’s lineup seems to be pretty conservative for midseason, relying heavily on established hits like Modern Family, Grey’s Anatomy and Once Upon a Time. Their new shows feel overshadowed by the more ambitious new projects of other networks, with Of Kings & Prophets probably being their most epic new concept, though inheriting the famously troubled ABC timeslot of Wicked City probably isn’t a good omen, especially when Marvel shows make for an odd lead-in. The Real O’Neals looks like it could go either way, though the network clearly believes in it, since it ate into the extension of the first season order for The Muppets. The same is true of The Family, another so-so pitch that is occupying the timeslot of the surely-cancelled Blood & Oil, which seems to be another stab at a gritty drama within the lead-in timeslot to new series hit, Quantico. The Catch, like Uncle Buck, seems to be another new series with grim odds however, being placed late in March, and appearing to be another series that ABC expects to cancel before long. Then again, they also seemed to think that about Dr. Ken, so we’ll see.

Keep tuning in to Eggplante for all news and updates on ABC’s programming schedule.